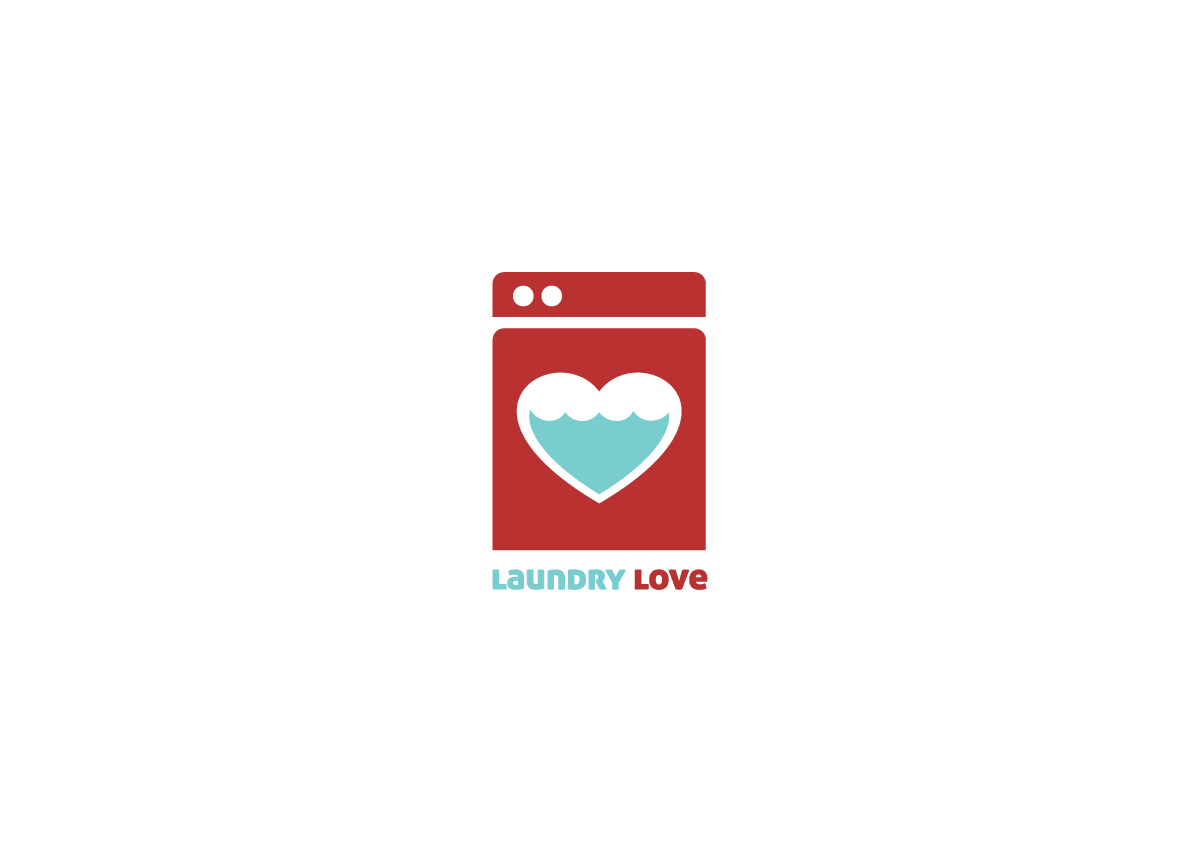 An outreach ministry of ClearView Church in Shreveport, LA, that partners with four local laundromats to wash and dry the laundry of any patron on the second Tuesday of each month. For those living below the poverty line, washing clothes presents both a logistical problem and a financial hardship.

Create an iconic mark that, by placing it in the window, would quickly communicate that a particular laundromat is a Laundry Love location. The mark also had to be stylistically consistent with the ClearView Church brand—which focuses on simplicity and clarity, while standing on its own. The point of the ministry is to serve others, not promote the church.

An open-source, national movement that began in Portland, OR, localized Laundry Love efforts have spawned numerous logos. Most focus on the laundry basket and/or heart, but none (that I found) explored the machines themselves. That direction, and a firm commitment to simplicity, resulted in the final logo. Success is told in numbers. In its first month (June 2011) 30 loads of laundry were done at a single location. In March 2012, 330 loads ($1,000 worth) were done at a total of four locations. Furthermore, other Laundry Love efforts (some as far away as Maine) have requested use of this logo.

The design is disarmingly simple. I am amazed at how concisely it communicates both the idea and the heart behind it. The ultimate success of the logo is that it helps us help even more people. When someone enters a laundromat and sees the Laundry Love logo, it begins breaking down barriers, removing any intimidation, suspicion, or embarrassment. It communicates that the only reason we’re at the laundromat is to show love in a real, tangible way. In a matter of seconds, you can see them grasp that concept and, often, be greatly moved by it. — Vic Phares, Ministry Leader at Laundry Love