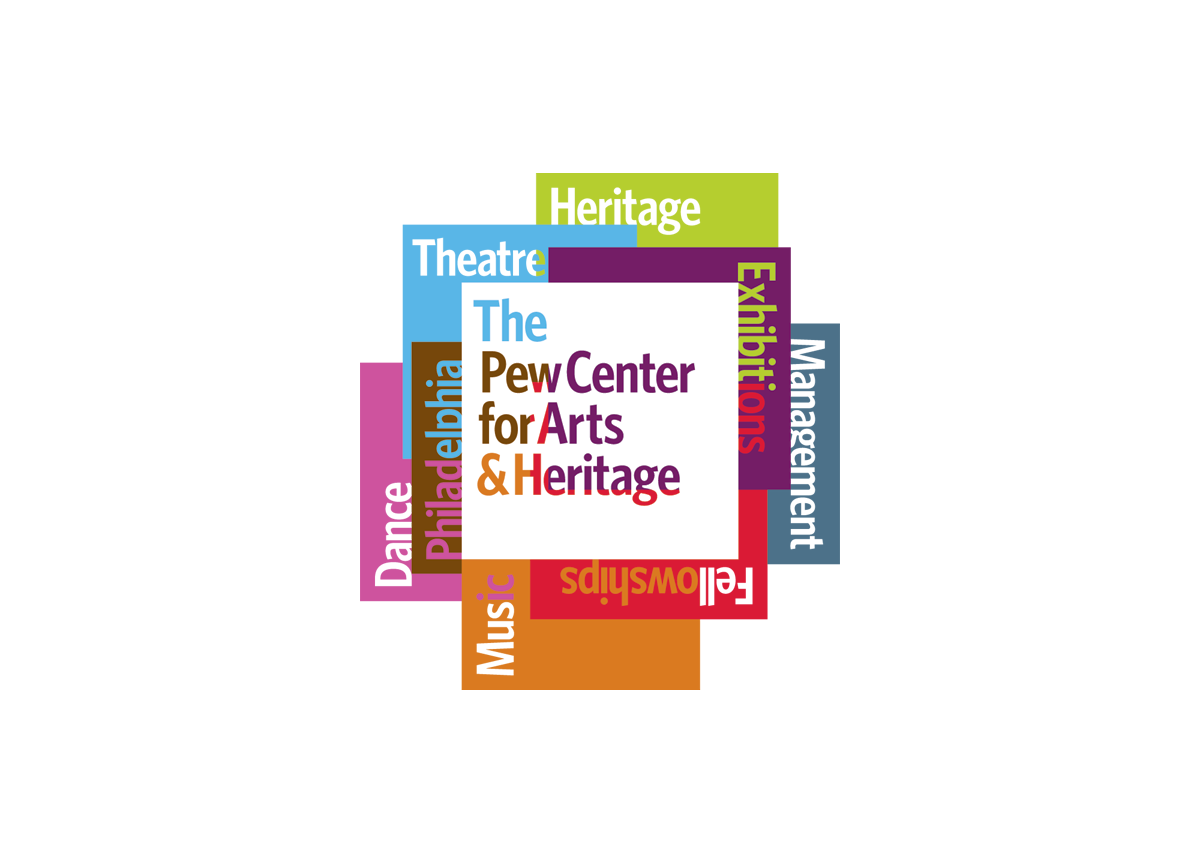 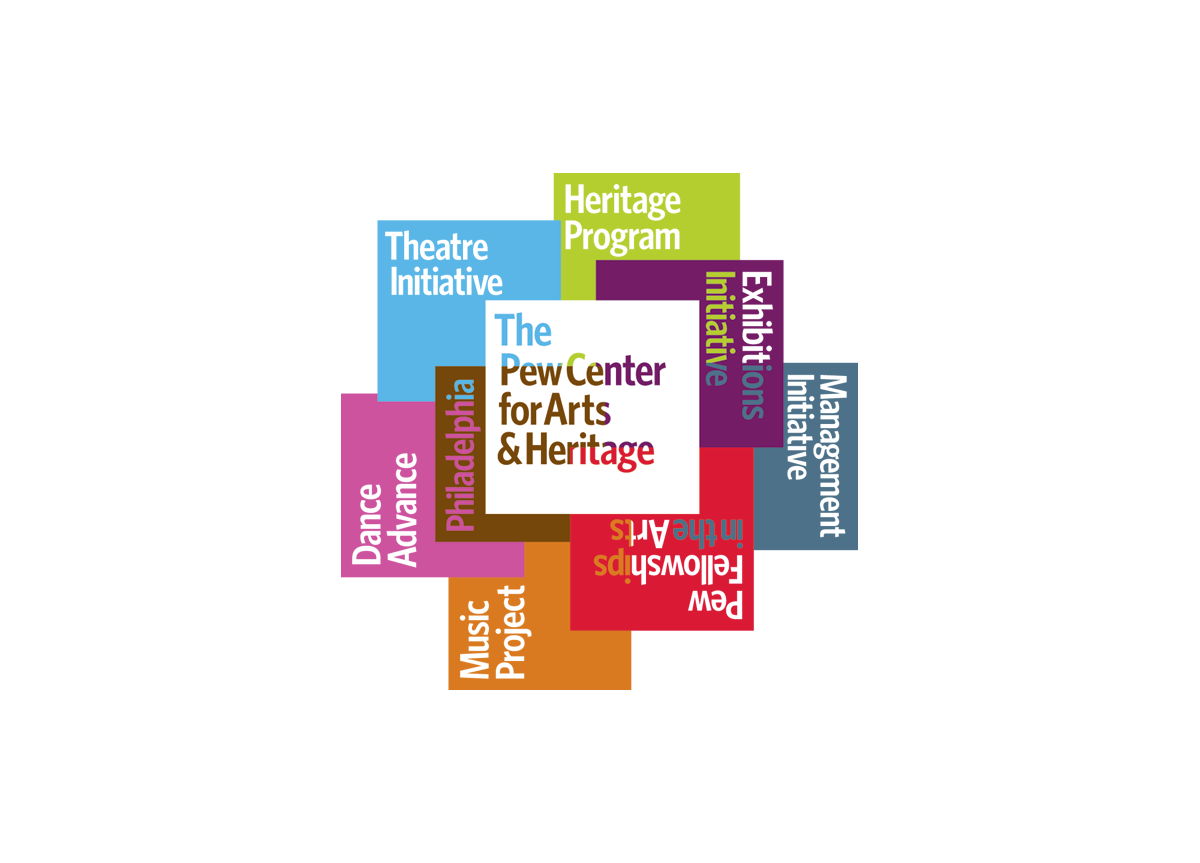 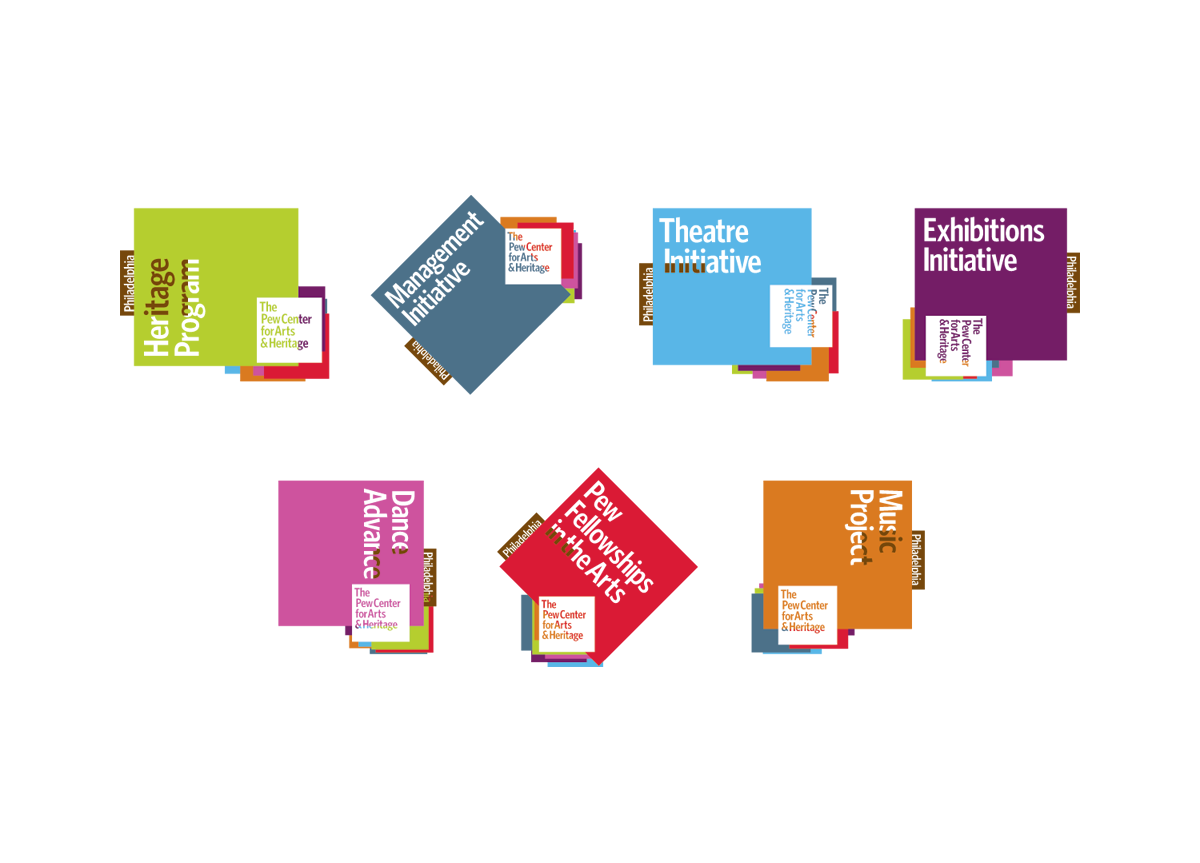 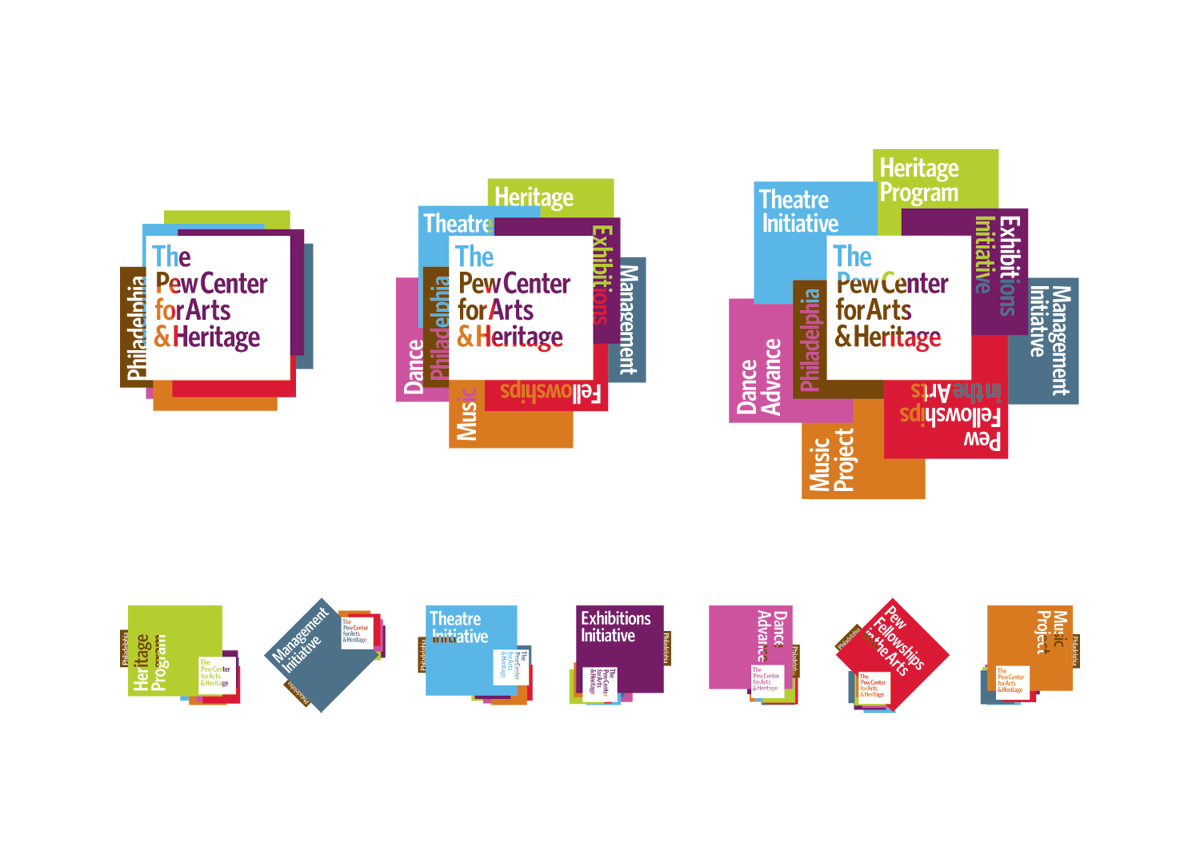 A collection of art and culture initiatives, projects and grant-giving bodies in Philadelphia, PA.

The Pew Center wanted the benefits of one unified identity, but still wanted to somehow recognize its work in dance, exhibitions, fellowships, theatre, management, heritage and music. And to make it trickier, they wanted to let the initiatives still use their current names — what one describes as a challenging brief.

After lengthy discussions, and several unsuccessful design presentations, we began to realize that any of the previous identity “models” were redundant and we needed to think of a new way to express this. We started to think of the centre and its constituent parts a little like “cards” that we could shuffle and re-organize. The next step was building a uniquely fluid identity system that allows flexibility in the core mark (where you see progressively more of the initiatives) and then completely inverted logos for the divisions.

Bringing seven programs under one umbrella involves many challenges; designing a new logo is one. Given our brief to include seven lengthy names plus the name of the new entity with a place name thrown in and to make it all look coherent and, more important, good, this project was not for the faint-of-heart designer. We’re delighted to have ended up with a logo that allows us to foreground a single program or reveal the entire breadth of what we do. — Laura Silverman, associate director for administration of Pew Center for Arts & Heritage