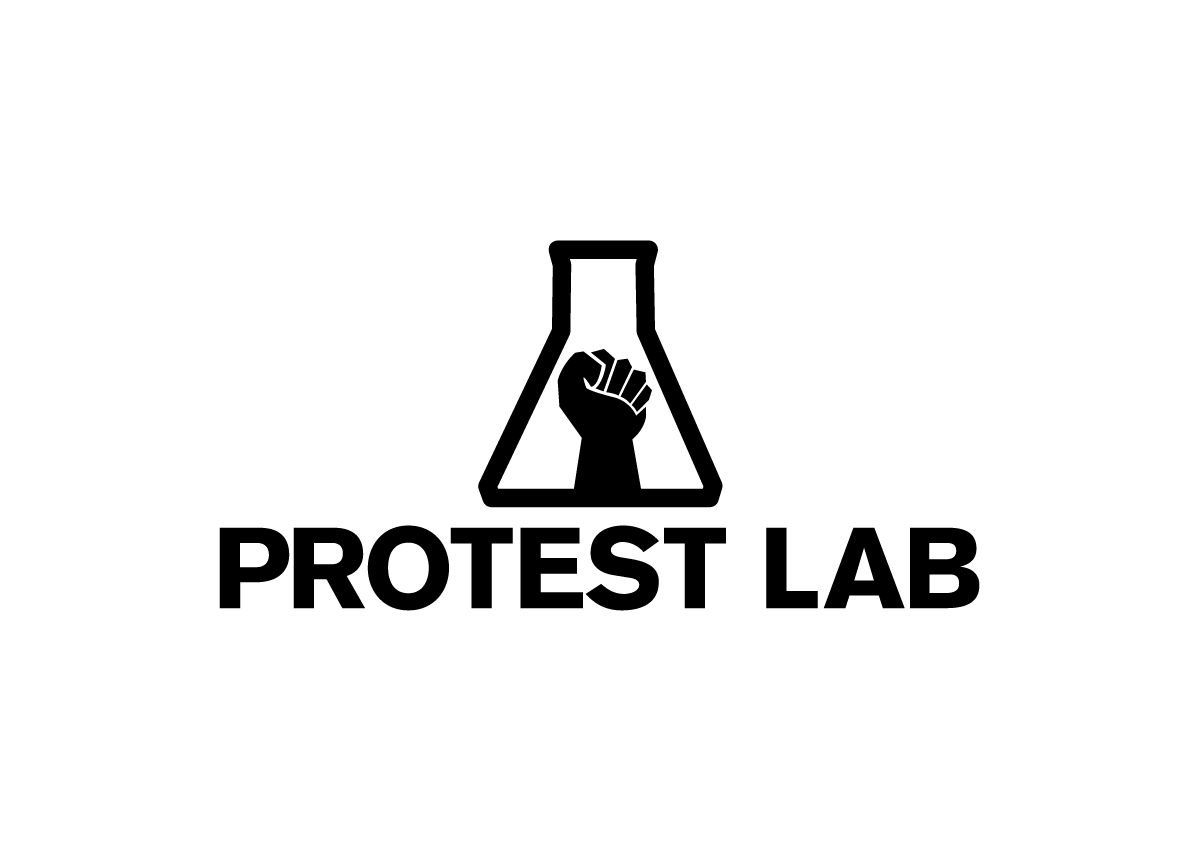 A conceptual prototype website, and it can be applied as a kind of distributing tool and visual guideline for all protesters to build up their protest websites according to their own issues.

Create a logo for a new venture.

The concept of Protest Lab’s logo is a straightforward design of symbolic impression: fist equals protest and beaker equals lab.

Yisak developed this logo as part of the development of a much larger thesis project. He conceptualized the organization and the web application, which essentially served as his client. He developed a number of unique approaches to the mark that explored different symbols that connected well to his project. He ultimately landed on this final direction, which he then spent some time refining to be incorporated into his final project. He used this mark as a design element, and it strongly influenced the look and feel of his final web application. — Eric O’Toole, instructor at Pratt Institute