The Brand New Awards is a judged competition organized by UnderConsideration, celebrating the best identity work produced around the world during 2011. The BNAs reward the most successful collaborations between a client and their designer, design firm, brand consultancy, or internal creative team. A panel of five judges convened in Austin, TX on March 23, 2012 to collectively select the winning entries to be included in this website and a printed book, published and distributed by UnderConsideration.

More about the 2011 Brand New Awards: 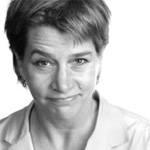 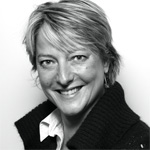 Claudine began her career at France Câble Radio (a subsidiary of Orange) and then with Chargeurs in 1990 as a communications officer primarily in financial communications. In 1996, she joined the Corporate Communications group of Pathé and worked primarily in the area of institutional communication. She was actively involved in the rebranding of Pathé conducted in 1998 (with Landor and Margaret Youngblood) and ensured its implementation through the group’s various entities. In 2000, she oversaw the activity of the Pathé cinemas as marketing manager and took the position of Communications Director of Gaumont Pathé in 2005.

FOUNDING PARTNER AND DESIGNER, OCD | THE ORIGINAL CHAMPIONS OF DESIGN 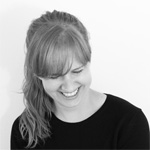 Jennifer is a founding partner of OCD. She is also a faculty member of the School of Visual Arts MFA Design Program and serves as the president of AIGA/NY. Jennifer most recently worked as a designer for Michael Bierut at Pentagram in New York City. Her work with Pentagram has won awards from the D&AD, AIGA365, Type Directors Club, ID Magazine, Communication Arts and Print. It has also been included in the permanent collection at the Museum of Sex. Prior to joining Pentagram, Kinon was design director of New York City’s 2012 Olympic Bid and art director for Graphis Inc. She graduated from the University of Michigan, then earned an MFA from the School of Visual Arts. Kinon is the first program graduate to join the faculty. 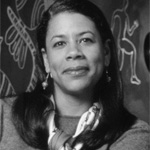 Laurel is responsible for Girl Scouts of the USA’s brand, communications, publishing, marketing, and Web-based initiatives. With a key role in the launch of GSUSA’s new core business strategy, Richie is also helping to ensure that a comprehensive media and communications strategy is in place to support the organization’s strategic priorities. Previously, Richie held the position of senior partner, executive group director, at Ogilvy & Mather, where she worked on a long series of noteworthy campaigns for clients including Campbell Soup, American Express, Chesebrough-Pond’s, Oscar Mayer, Maidenform, Pepperidge Farm, Springs Industries, and the Partnership for a Drug-Free America. Working in partnership with Kimberly-Clark, she played a key role in building Huggies into a leading global brand and helped transform Kotex into a more modern brand for today’s young women. She sat on Ogilvy New York’s Operating Board and was a founding member of the agency’s Employee Advisory Council on Diversity and Inclusion. Richie’s pro-bono clients included the Museum for African Art, the Hospital for Special Surgery, and the New York Human Rights Commission. In addition, she has mentored young women and girls as part of Big Brothers/Big Sisters, the 4A’s Multicultural Advertising Intern Program, Xavier University’s Youth Motivation Task Force, and the Advertising Educational Foundation. A graduate of Dartmouth College, Richie is a recipient of the YMCA’s Black Achiever’s Award and “Ebony” magazine’s Outstanding Women in Marketing and Communications. 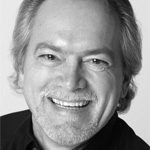 Steff is among America’s most celebrated designers of integrated brand and corporate identity programs. His work also includes posters, brochures, books and illustrations. He has designed architectural graphics and sign systems for various institutions, environmental graphics and exhibitions. Steff’s work has been honored with the American Institute of Graphic Arts Medal for his sustained contribution to design excellence and the development of the profession. Steff served as the U.S. president of the Alliance Graphique Internationale and has been a member of the board of the American Institute of Graphic Arts. He is past president of AIGA’s New York chapter. Steff received his diploma in graphic design from the School of Art and Design, Basel, Switzerland in 1964. He has taught at the Philadelphia College of Art, Cooper Union, Yale University and lectures throughout the country. Prior to forming C&G Partners in 2005, he was at Geigy Pharmaceuticals, Basel; Murphy Levy Wurman Architects, Philadelphia;  Anspach Grossman Portugal, New York, and a partner and principal at Chermayeff & Geismar Inc. for over 30 years.