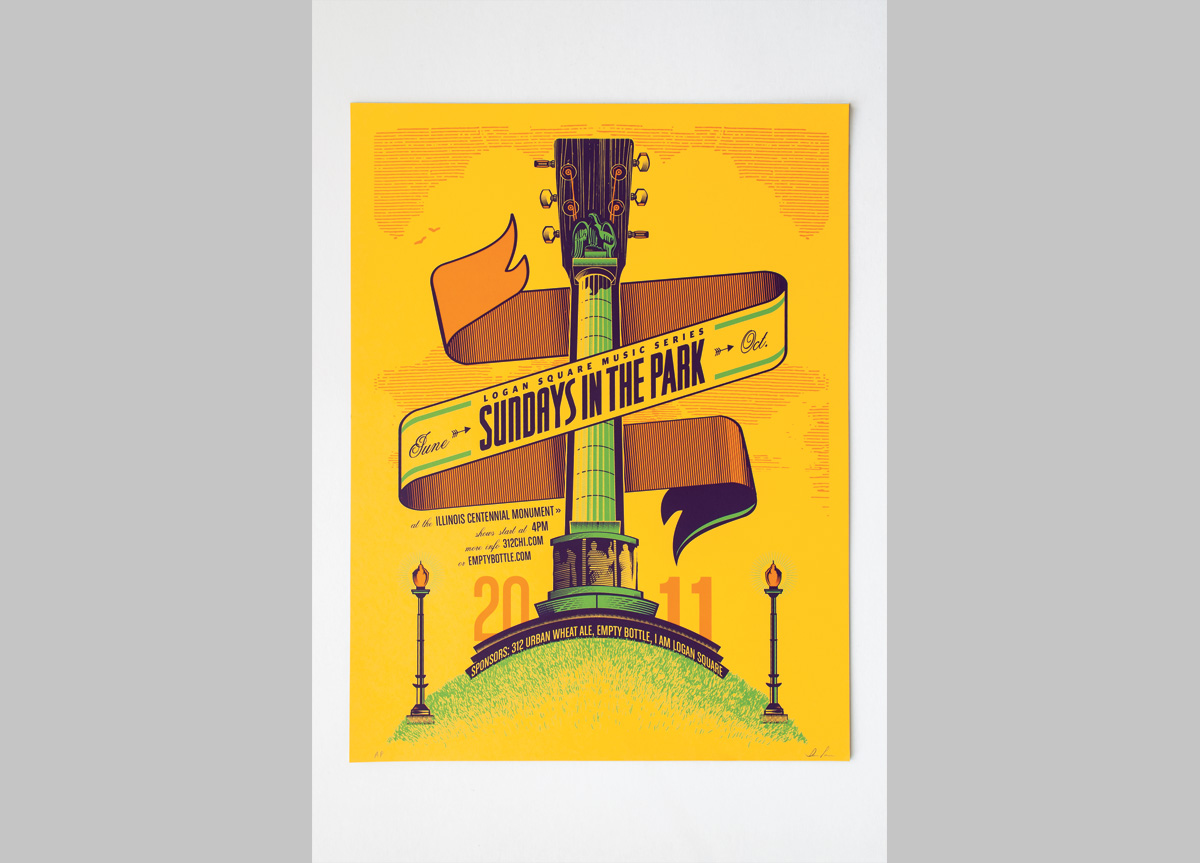 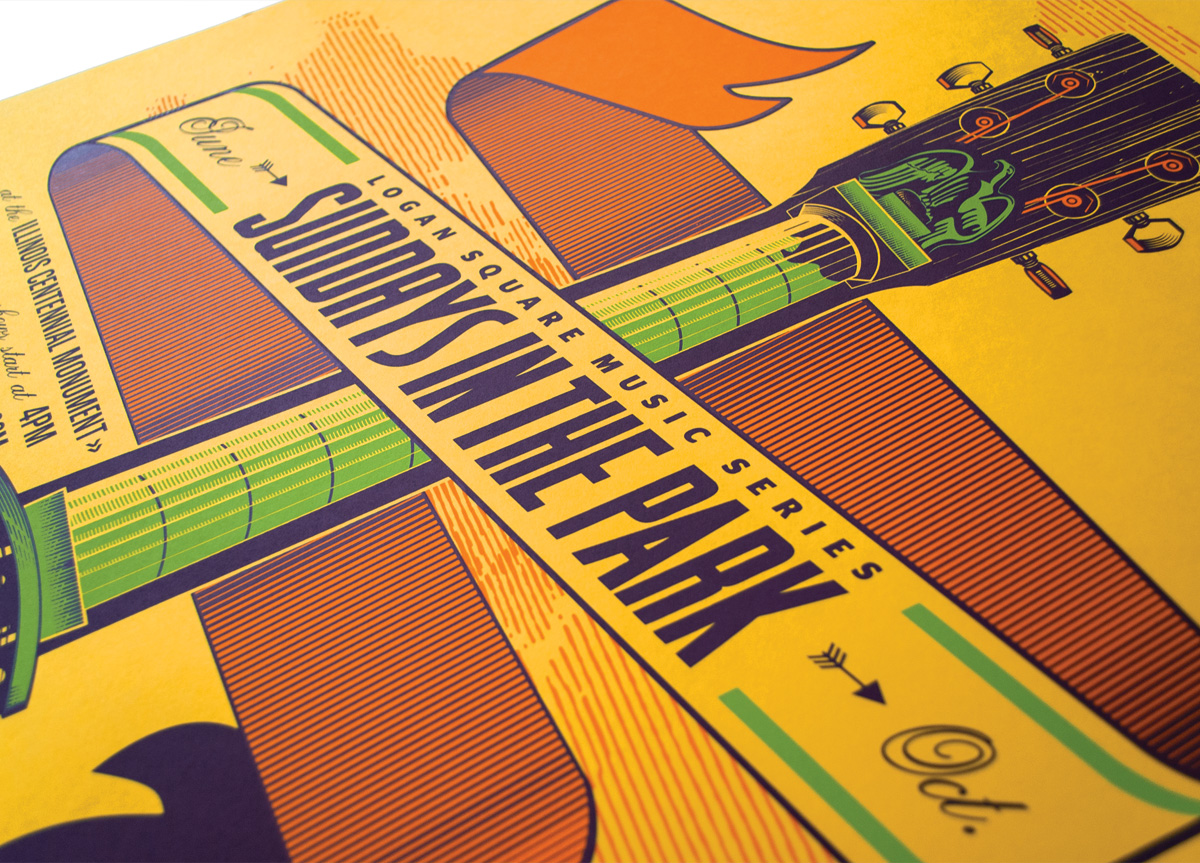 Goose Island Beer Company produces several year-round and seasonal styles of craft beer, the best-known of which are 312 Urban Wheat Ale and Honker’s Ale. The beers are distributed across the United States and the United Kingdom.

Design a poster to promote a summer concert series in Logan Square—a neighborhood in Chicago, IL. The concert series was being sponsored by Goose Island Beer Company.

The poster was to have a musical theme while also having a connection to the neighborhood in which it was taking place. The design solution uses a monument at the venue location as central element. A guitar neck was juxtaposed behind the monument to incorporate the musical subject matter.