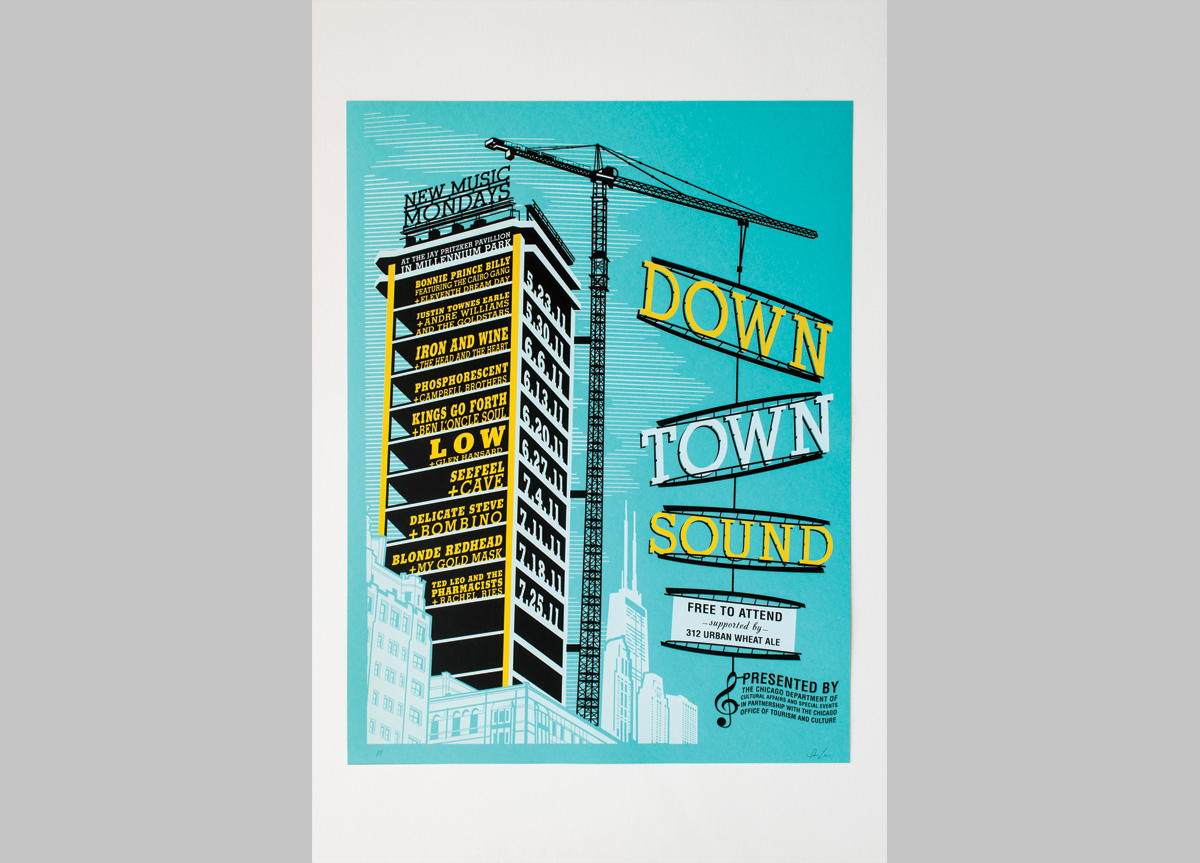 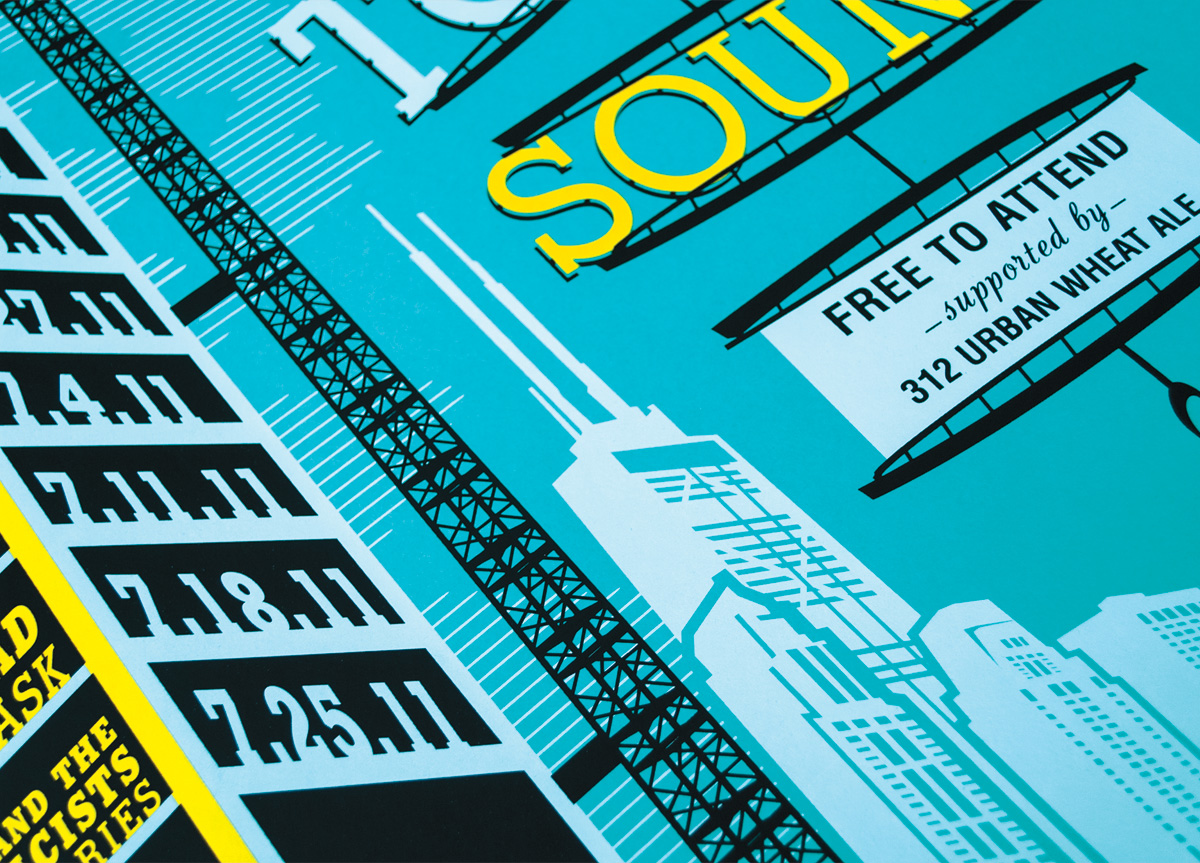 Goose Island Beer Company produces several year-round and seasonal styles of craft beer, the best-known of which are 312 Urban Wheat Ale and Honker’s Ale. The beers are distributed across the United States and the United Kingdom.

The client asked me to create a poster for a Chicago, IL, summer concert series taking place on Mondays at Millennium Park. The poster needed to communicate the subject matter (music) and the location (Chicago’s Millennium Park).

I took a constant Chicago theme—construction—and incorporated the names of the bands and event into the building process.

PRODUCTION LESSONSAlways double-check band names even if they were supplied to you by the client. That way you do not have to reproduce screens.