The FPO Awards is a judged competition organized by UnderConsideration, celebrating the best print work from around the world during 2012 – 13. The FPO Awards reward the most successful combinations of design and print production. A panel of five judges convened in Austin, TX on June 21, 2013 to collectively select the 111 winning entries to be included in this website and a printed book, published and distributed by UnderConsideration. 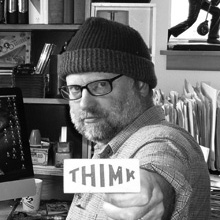 Raised in Tacoma, WA, Art Chantry worked in Seattle for nearly 30 years. During that time he managed to produce a body of work that, however unorthodox, still rivals some of the best graphic design in the world. He has won hundreds of design and advertising awards, including a bronze lion at Cannes, and the Poster Laureate of the Colorado International Invitational Poster Exposition. His work has been collected and exhibited by some of the most prestigious museums and galleries in the world: the Louvre, The Smithsonian, The Library of Congress and the Rock and Roll Hall of Fame to name a few. In 1993 The Seattle Art Museum honored him with a one-man retrospective of his work and in 2003 PS1, in association with the Museum of Modern Art, did the same. His work has been published in hundreds of books and magazines and in 2001 Chronicle Books published the monograph of his work, Some People Can't Surf, written by Julie Lasky. In fact, there is even a book about Chantry's work published in China and written entirely in Chinese…though nobody knows what it REALLY says.

Art somehow managed to carve out a style that took hold of the popular underground music scene in the early 1990s—dubbed "grunge" by culture mavens, it actually was a look developed at an alternative newsweekly named The Rocket, where Art began as art director in 1984 and continued to be involved off and on for over ten years. During that time, the magazine became a virtual hub on the wheel of Seattle's music and culture scene. Soon his ideas extended beyond The Rocket to the fledgling record label, Sub Pop, where it became history. His ideas found further nuance in his work for the garage rock record label, Estrus Records, where his style found a perfect home.

Through his work with the staff of The Rocket and the classes he taught at the School of Visual Concepts, Art influenced an entire generation of young graphic designers in the northwest, and eventually across the county. He has lectured extensively and traveled to present his work all over the world. He has contributed writings to a number of books about graphic design, and his own book, Instant Litter, Concert Posters from Seattle Punk Culture, is considered a classic in its field. To this day, his hard-edge scrappy look can be seen everywhere from punk rock record covers to corporate annual reports. 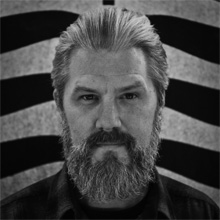 Born and raised in Grand Rapids, MI, David Dodde specializes in fine art screen printing, most notably as the in-house printmaker for House Industries. Combined with two decades in the field of graphic design and brand development working in such diverse fields as entertainment licensing, action sports, and later as a senior package designer for Kellogg's. David's experience in the field of print is both unique and extensive. 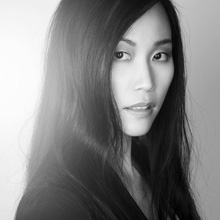 Pum is a co-founder and chief creative officer of Design Army in Washington, DC, where she is responsible for overseeing all creative coming through the firm's doors. An award-winning creative director with a keen attention to detail, Pum has successfully led the creative development of numerous high-profile campaigns both nationally and abroad. As a native of Bangkok, she brings a global sensibility to American design—a creative point of view that draws from different cultures and resonates with diverse audiences. Pum regularly judges elite design competitions and served as the chair of the 2012 One Show Design jury. She has been featured in industry publications such as Communication Arts, Graphis, HOW, Print, STEP, Novum (Germany), Coupe (Canada), Concept Magazine (Indonesia), and Art4D (Thailand). Her work has earned a plethora of awards, including One Show Gold Pencils, Art Directors Club Cube, D&AD, Red Dot Award, AIGA 365, I.D. Annual Design Review, National Addys, SPD Award, and Type Directors Club.

Pum was named by Graphic Design USA as one of the top 50 People to Watch, and was awarded as a Rising Star by the Washington Business Journal's Women Who Mean Business. Pum currently serves as a member of the Board of Directors for The One Club. Pum excels at establishing the vision behind high-profile design campaigns. Skilled in the creation and implementation of corporate identity, branding, conceptual design, she has guided the design and development of many award-winning work. Her clients includes Adobe, GE, Disney, Chronicle Books, Bloomingdale's, Ritz Carlton, The Washington Ballet, Verizon, Neenah Paper, and recently she was the creative director for the premier issue of the Washingtonian's Bride and Groom magazine. 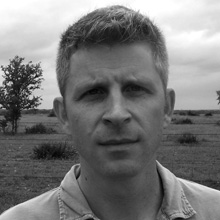 Brad is co-founder of and production director at Vertallee. He has spent a decade working in print, including time with industry leader Rohner Letterpress in Chicago, IL. He convinced his wife to venture south to his home state of Texas and settled in Austin where they founded Vertallee in 2007. For the past six years, the shop has produced both in house designs and client work. Brad's expertise and eye for detail has attracted projects from top shops and designers, from local favorites Public School, Helms Workshop, and Guerilla Suit to the University of Texas, Baylor University, Frost Bank, and the Kimball Art Museum, among others. His work has been featured in publications such as Communication Arts, HOW, The Knot, Rare, and Tribeza. 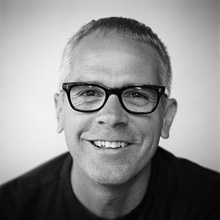 Since co-founding Modern Dog Design Co. in 1987, Robynne Raye has continued to do work for entertainment and retail companies — both local and national — and counts packaging, identity anbd poster design as some of her favorite work. Robynne has received recognition from every major design organization in the U.S.. Her posters are represented in the permanent archives of the Louvre (Rohan Marsan wing) the Library of Congress, Hong Kong Heritage Museum, Bibliotheque Nationale de France, Museum Fur Kunst und Gewerbe, the Warsaw National Museum, and the Cooper-Hewitt National Design Museum among others. She is co-author of Modern Dog: 20 Years of Poster Art (Chronicle Books, 2008) and Inside the World of Board Graphics: Skate, Surf, Snow (Rockport Books, 2012), and contributes regularly to the design blog RockPaperInk. For more than 18 years she has lectured and taught workshops, both nationally and internationally. Currently she is an adjunct instructor at Cornish College of the Arts in Seattle where she has taught classes on typography and packaging design.