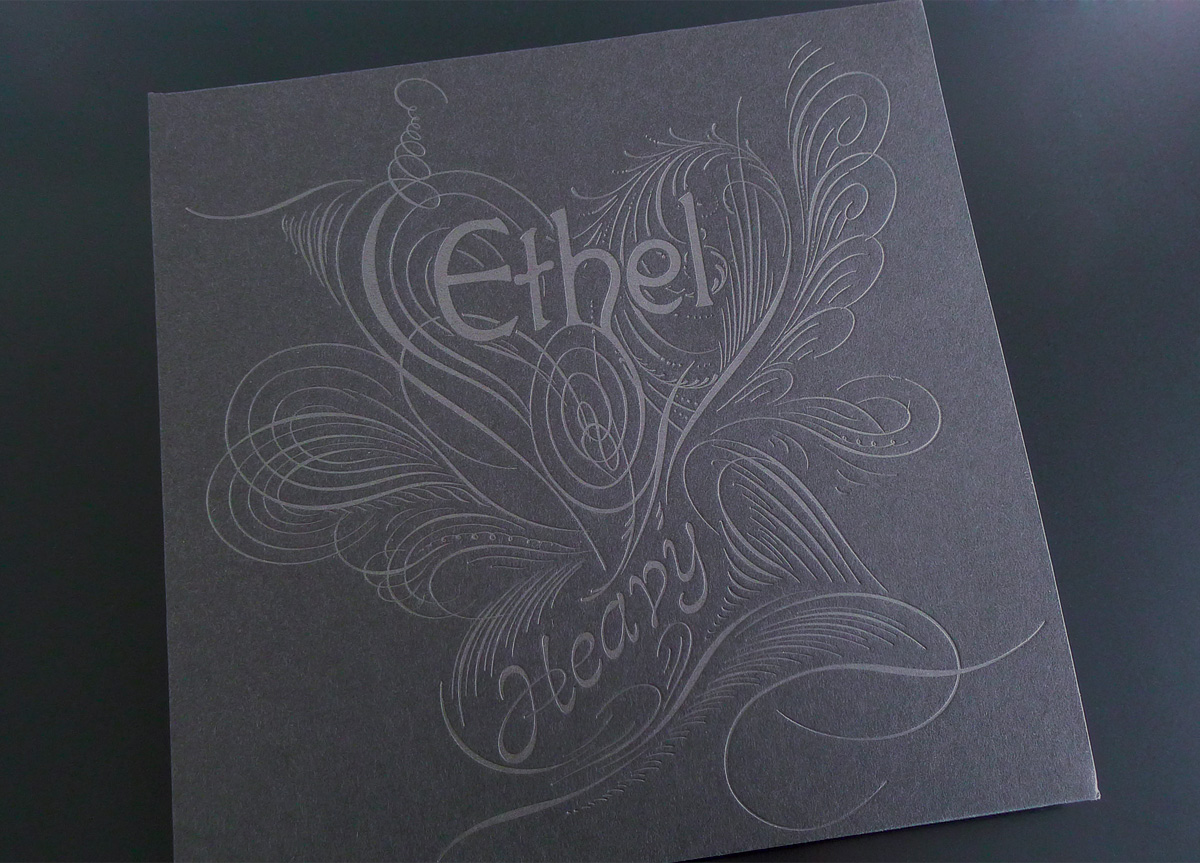 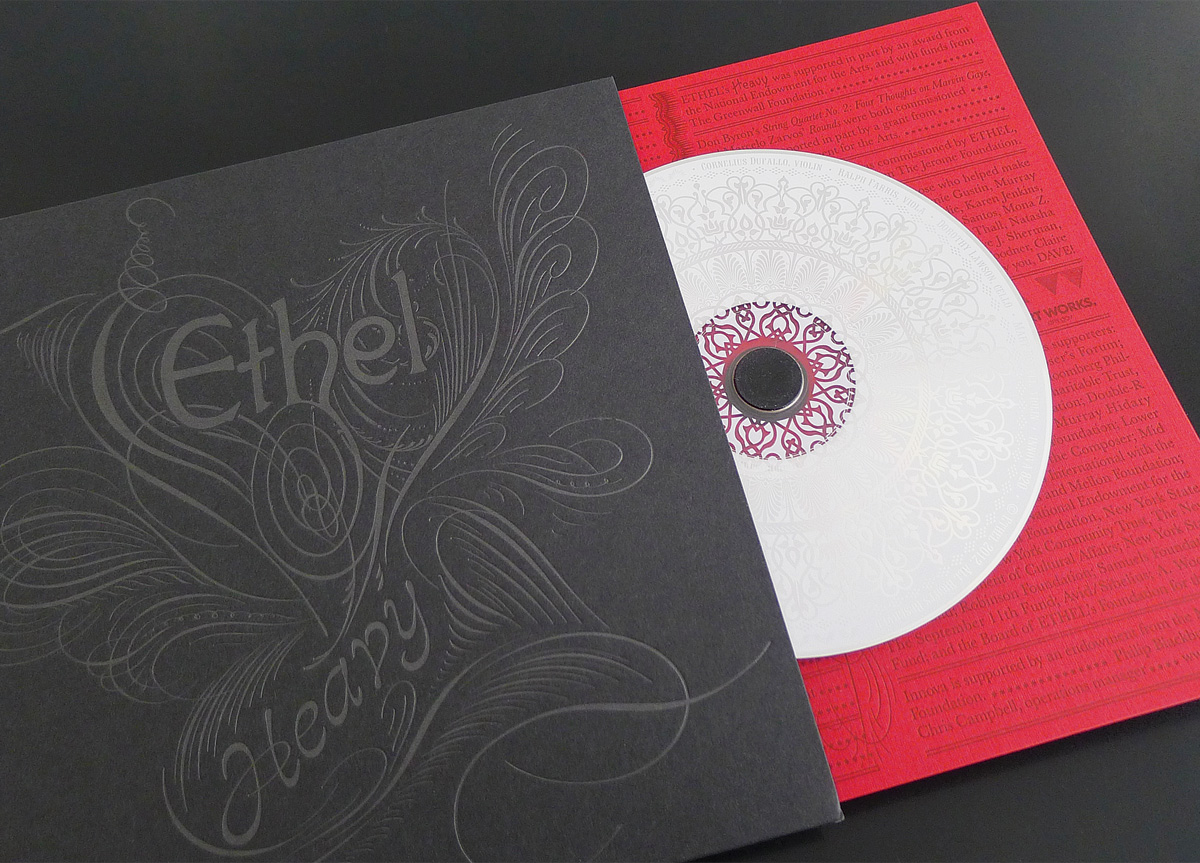 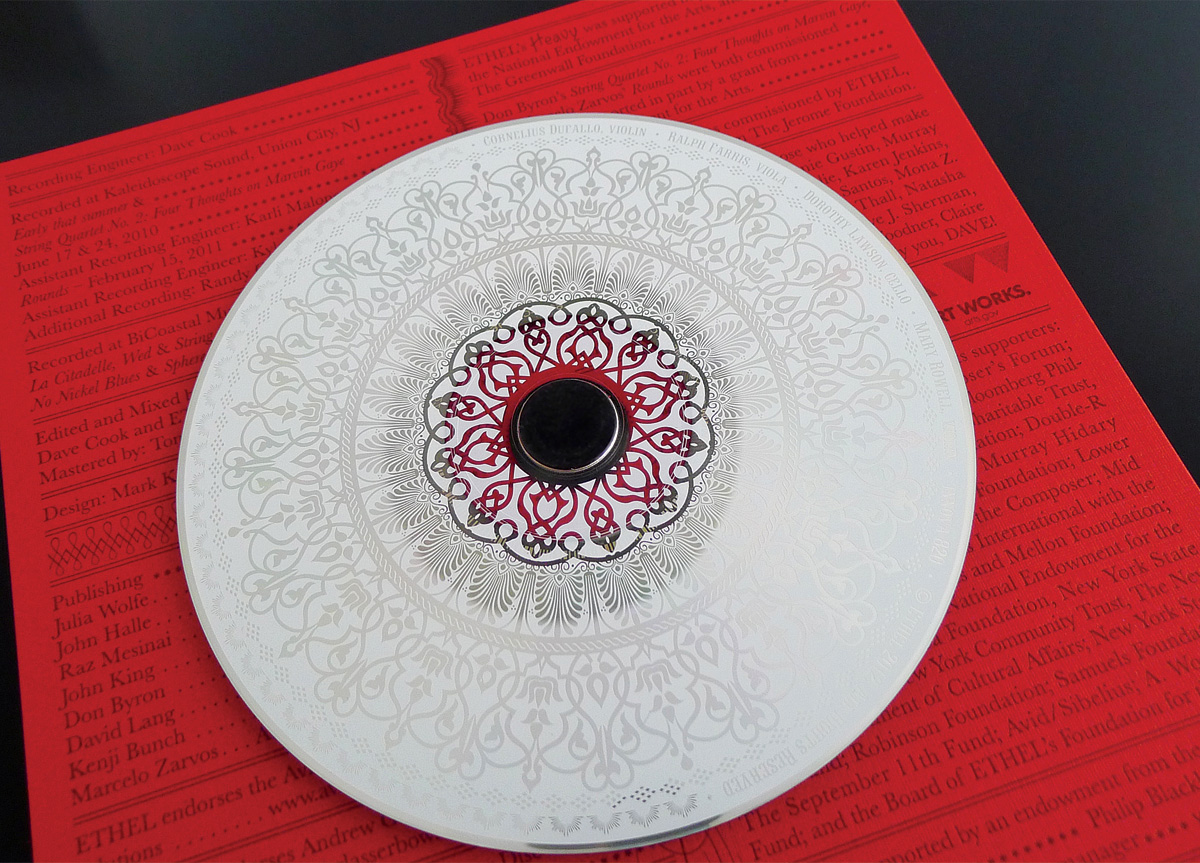 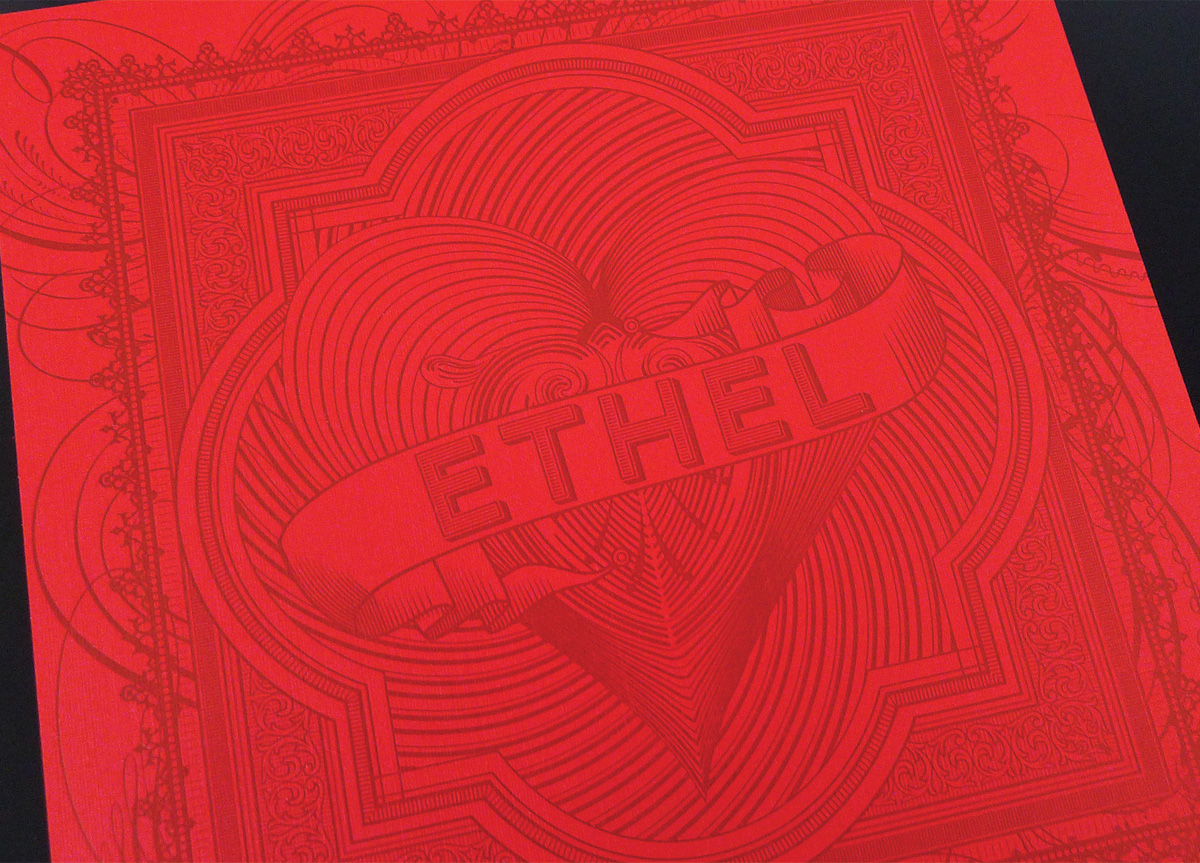 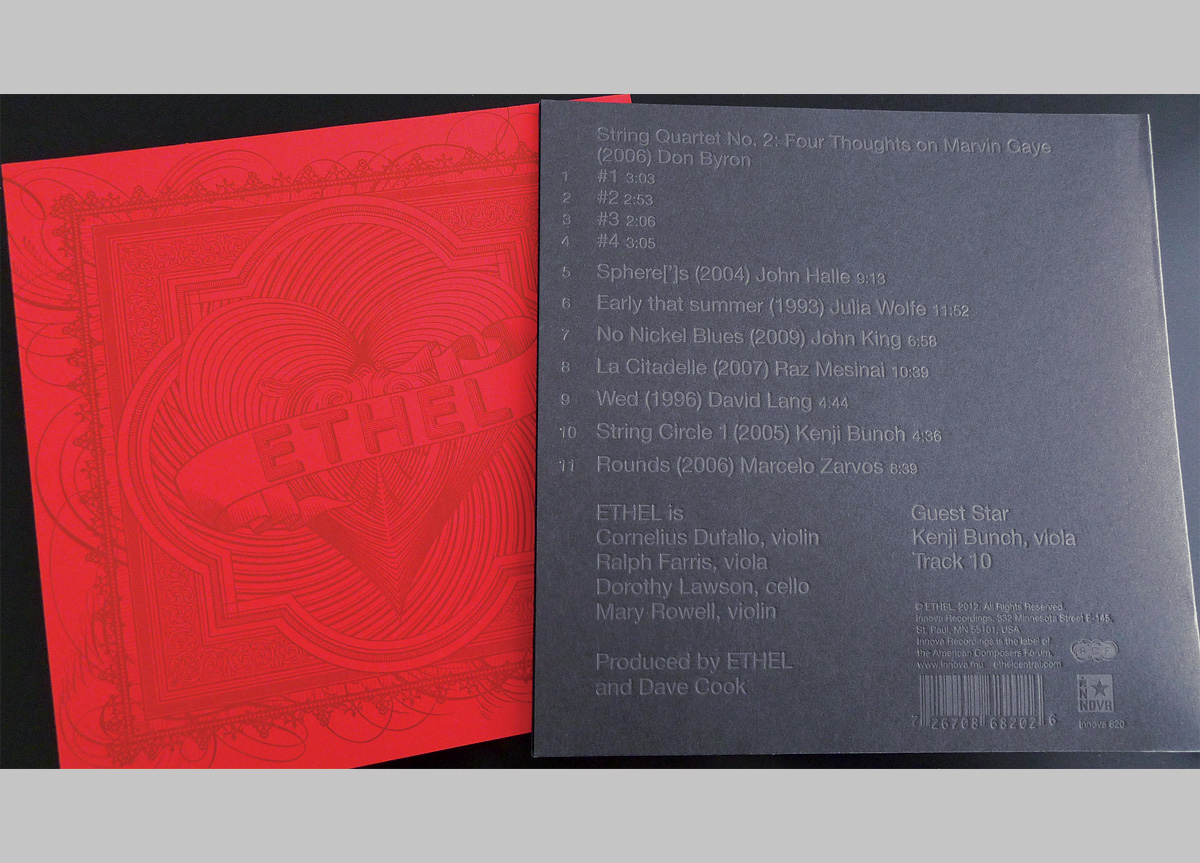 Since new music string quartets don’t really get that much press, a special package was in order. This way a casual mention in an interview, the odd size displayed in a store, and other interstitial moments encourage people into actually buying the physical product.

After personal changes, the global financial crisis, wars, and politics, it suddenly had been six years since Ethel’s last album Light. So the title had to be Heavy. Thus the Spinal Tap initiative: a black on black cover with calligraphic flourishes to counter. To add to the challenge, another goal was set to see how close to the edge of visibility we could get. The artwork is highly decorative in a Victorian sense, but the music is modern. Could things be readable, but not too readable? The disc was printed white on silver and the inner page was produced red-on-red.


PRODUCTION LESSONSSmaller independent music labels don’t have the economy of scale like the majors. There is a standard workflow—printing, binding, disc manufacture, assembly—which creates a standardized product which fits in standardized distribution channels. It’s easier for a major to step outside this standardized process to produce something different. The numbers are higher and relationships with printers and manufacturers are long-established. We didn’t have this luxury. In stepping outside standard procedures, we had to recreate this workflow, which added estimation and production time.