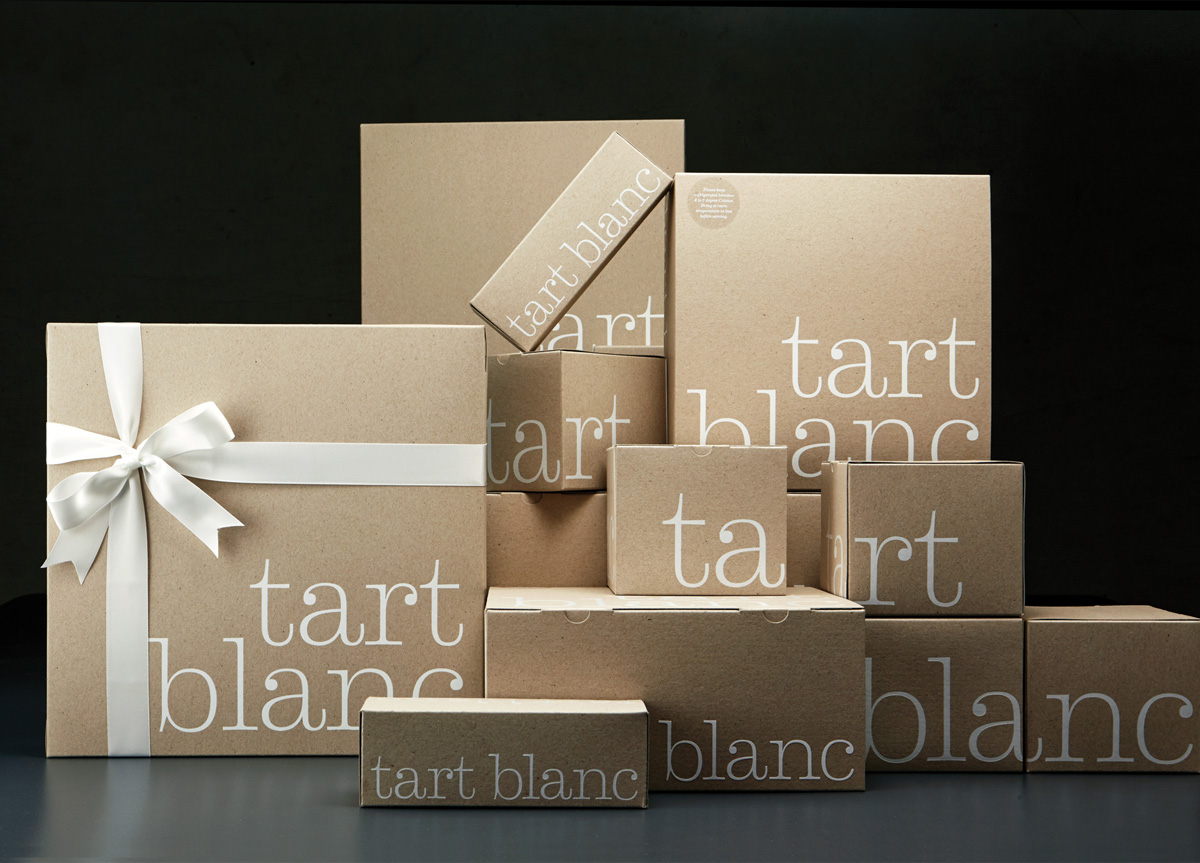 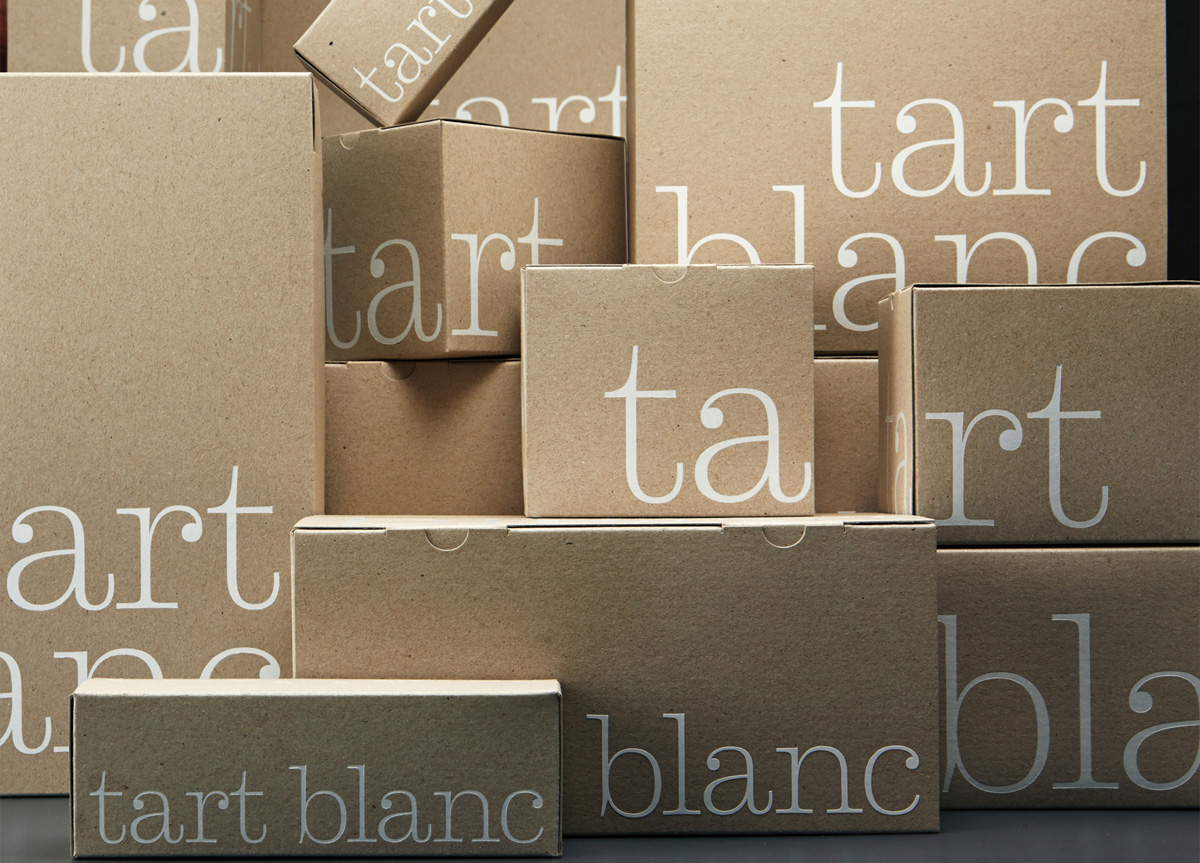 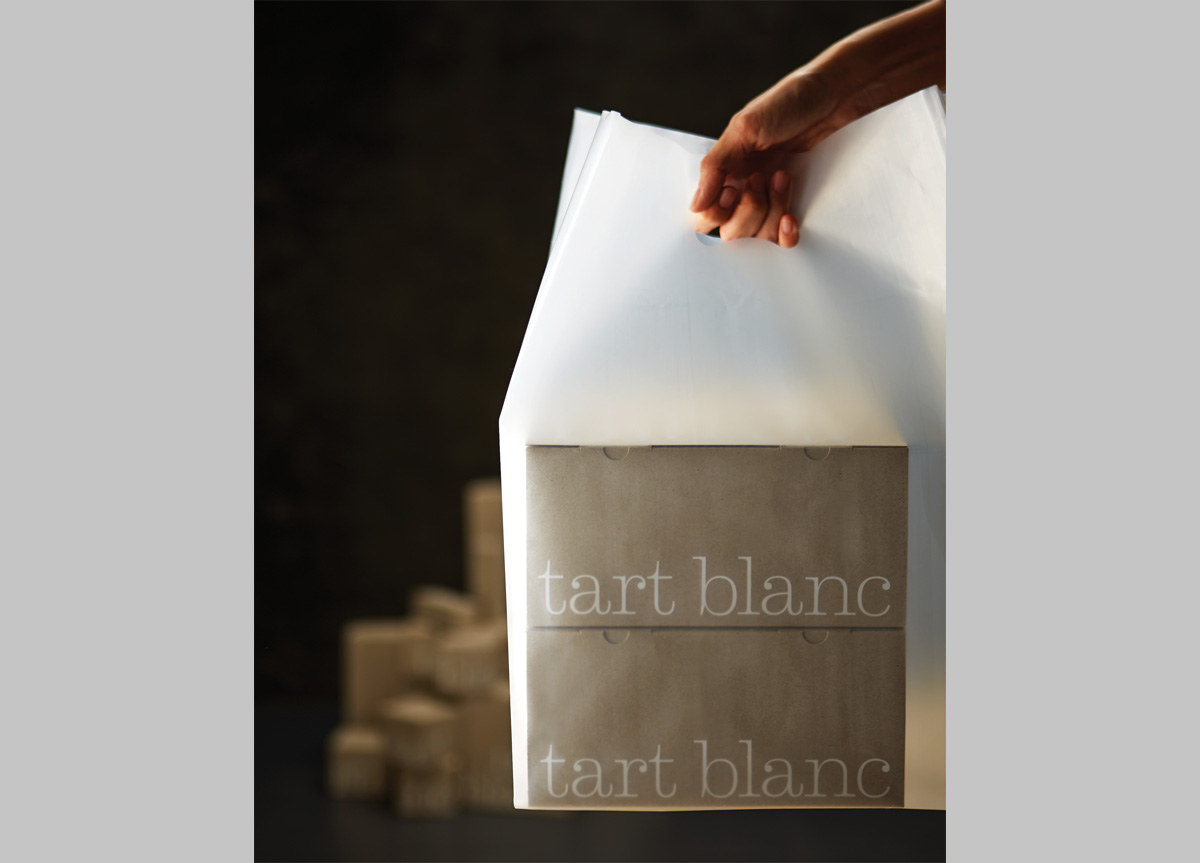 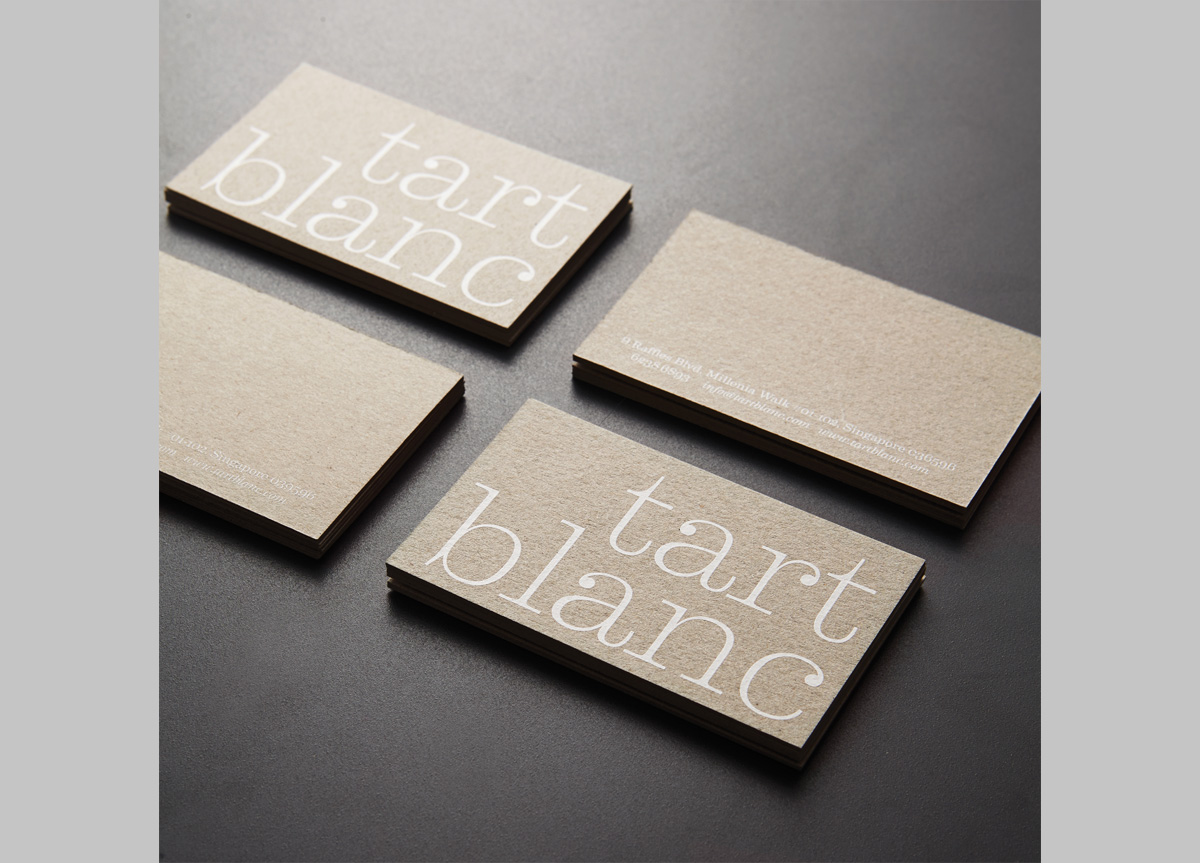 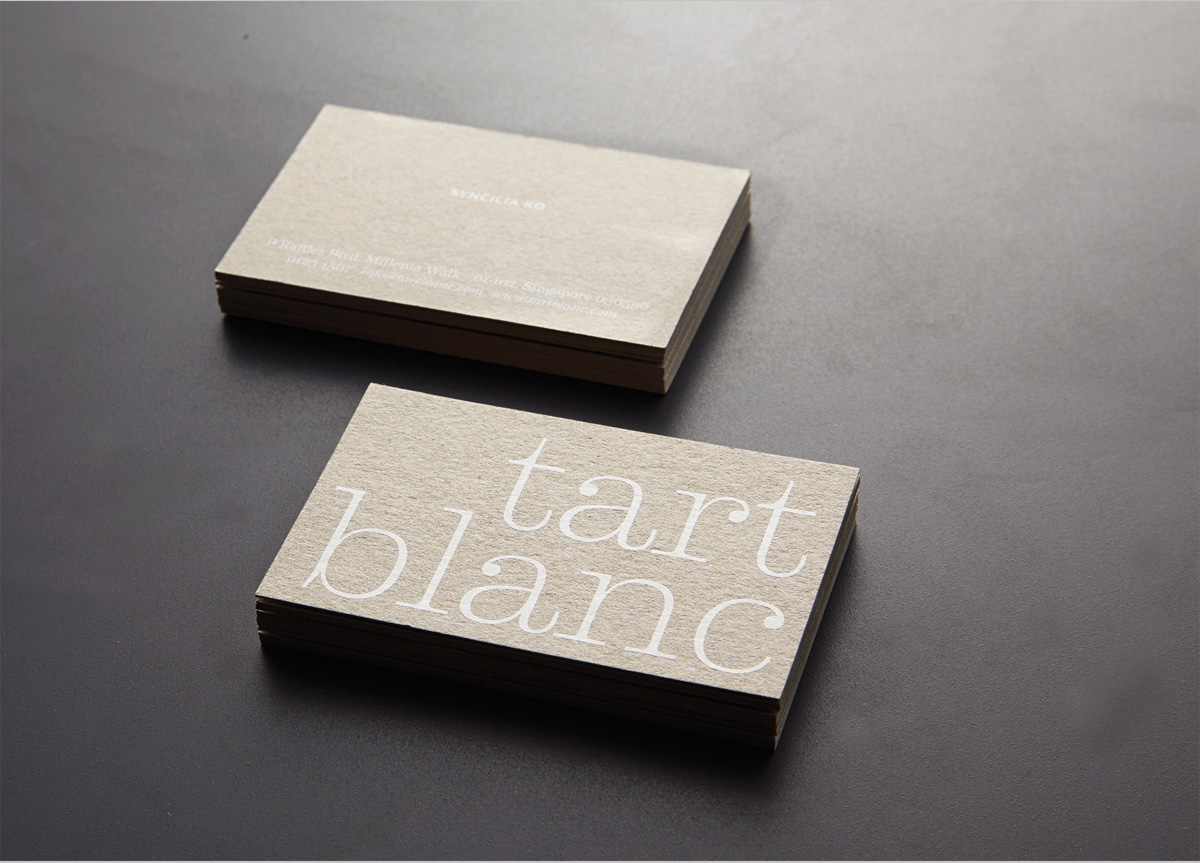 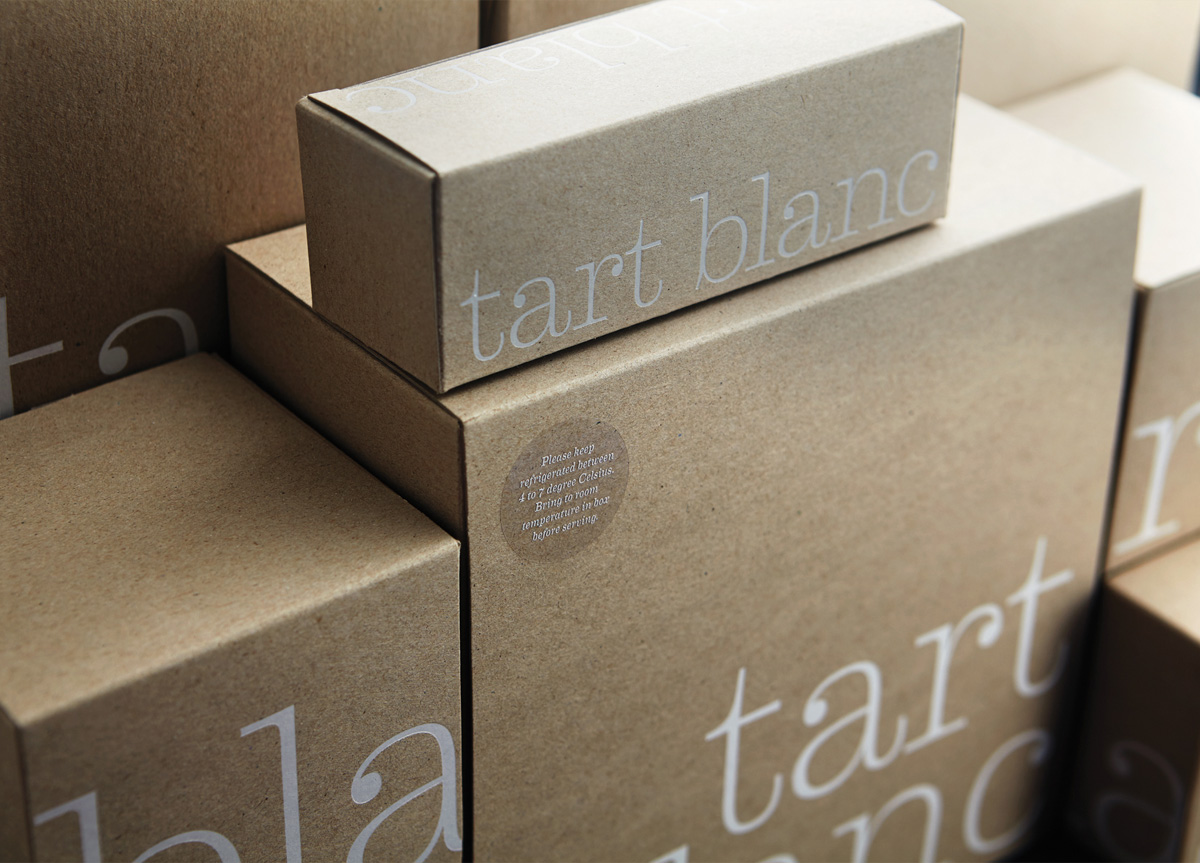 Instead of rely­ing on over­ly orna­men­tal scripts emblem­at­ic of the French, Amer­i­can, or Euro­pean aesthetic—which would not have been authen­tic for them—the client want­ed some­thing clean and neu­tral. They are all about flavour com­bi­na­tion, exper­i­men­ta­tion, and inven­tion and want­ed a blank slate to show­case their creations.

To under­line the tartistry of the baked goods, we came up with the name tart blanc inspired by the phrase carte blanche, which means blank paper and express­es the idea that any­thing is pos­si­ble. For the pack­ag­ing and name­cards, we chose an unusu­al and raw grey sub­strate as an alter­na­tive to the ubiq­ui­tous kraft to hint at the human-made, small batch nature of the bak­ery. It took us a very long time to con­vince the box mak­er to make the box­es in this mate­r­i­al but we think that the results are worth every minute try­ing to get it right.

We first tried to print the boxes with white ink, even though we knew that it would not be opaque enough. We thought that we could try multiple passes to get the coverage we wanted. We first tried two, then three, then four passes of white ink on the grey board substrate. None of it worked. The paper simply drank up the ink and even started to warp. It was just too porous. In the end, we hotstamped with white foil instead, which meant we had to compromise on the design a little.