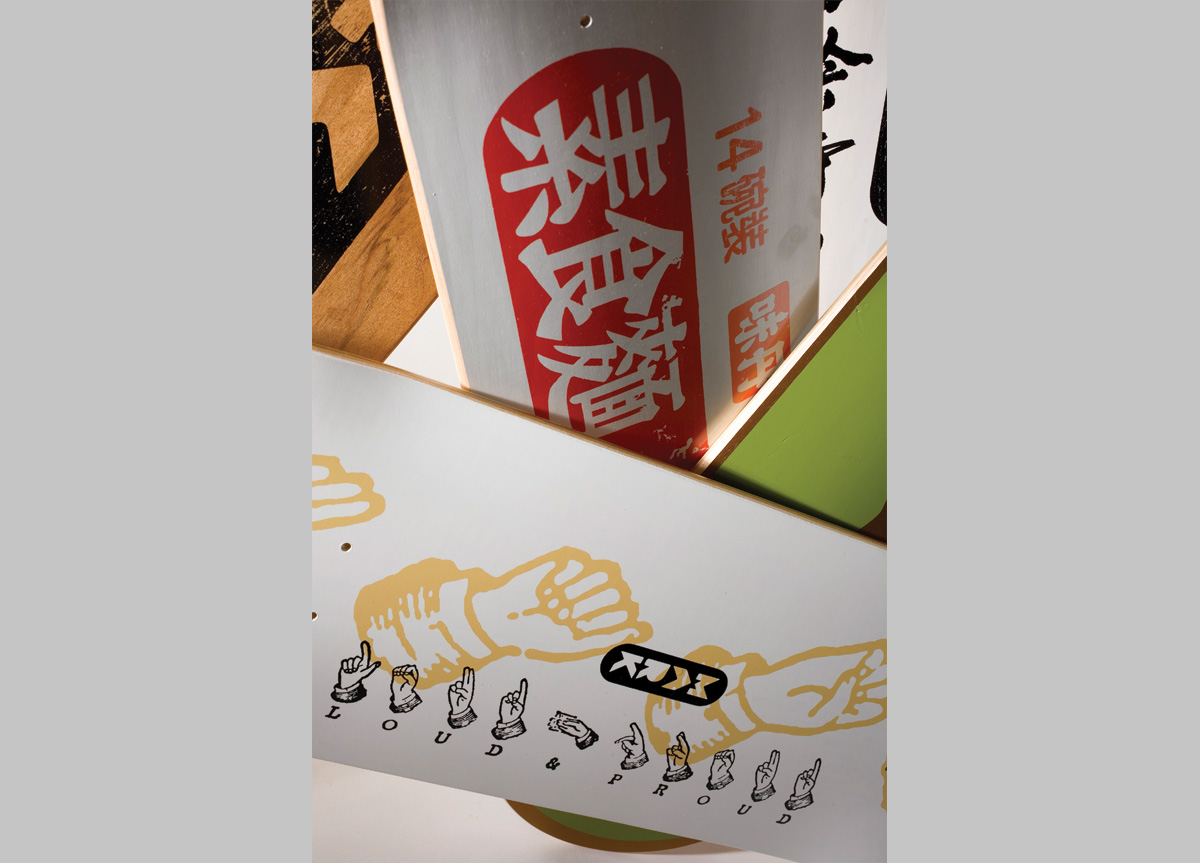 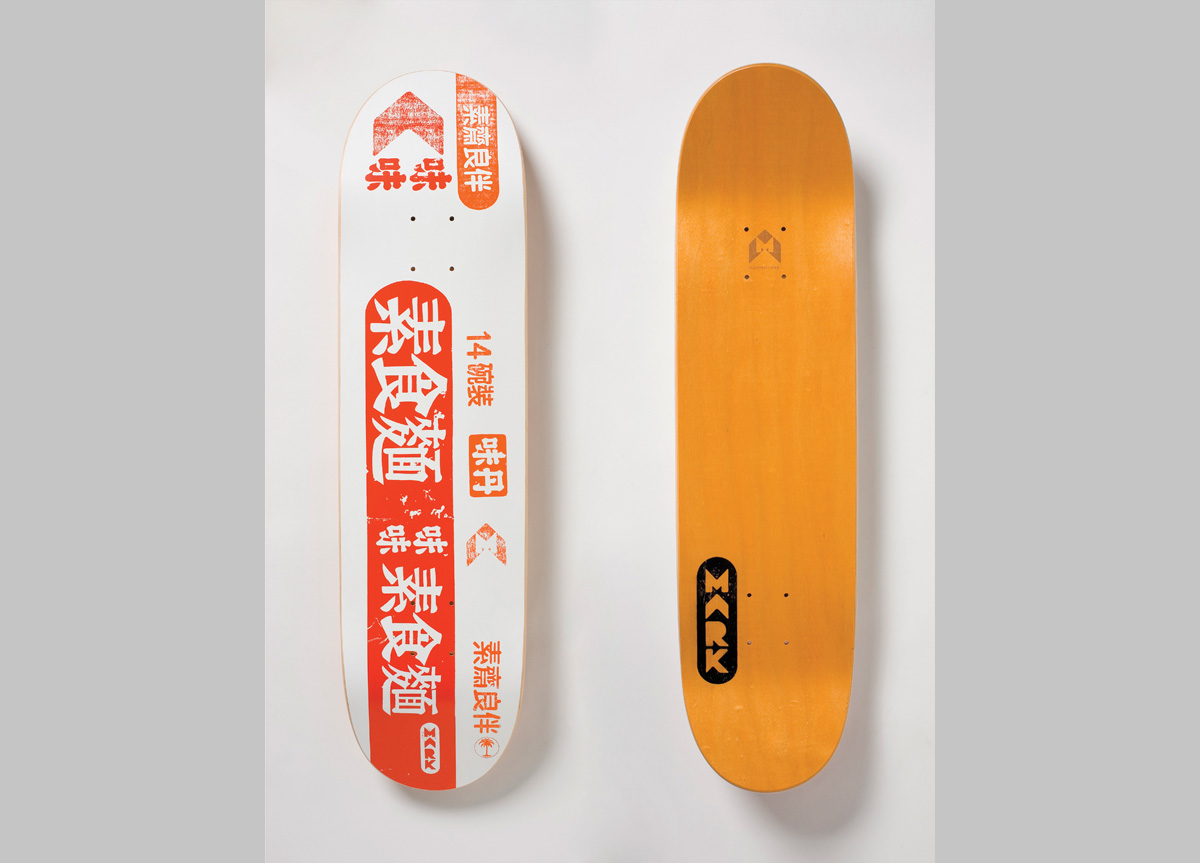 MARK, for discriminating skaters and collectors, makes limited-edition skateboard decks, hand silk-screened in the USA, on the finest laminated North American maple. MARK decks are not designed for a target audience, except for the ones in our collective heads. Which means they are steeped in art, culture, literature, and film.

The 004^KANG was done in honor of Mark Gobble’s son, Trent (Kang), adopted from China.

The actual art derives from an old cardboard packing box found in New York’s Chinatown many years ago. The swastikas that were on the original box (an ancient Chinese symbol) were replaced with the M/arrow and arrow, that are part of the MARK branding.

PRODUCTION LESSONSWe’d never worked with a company that screens on curved woods. Or that, in spite of their specializing in skateboards, did not have templates.