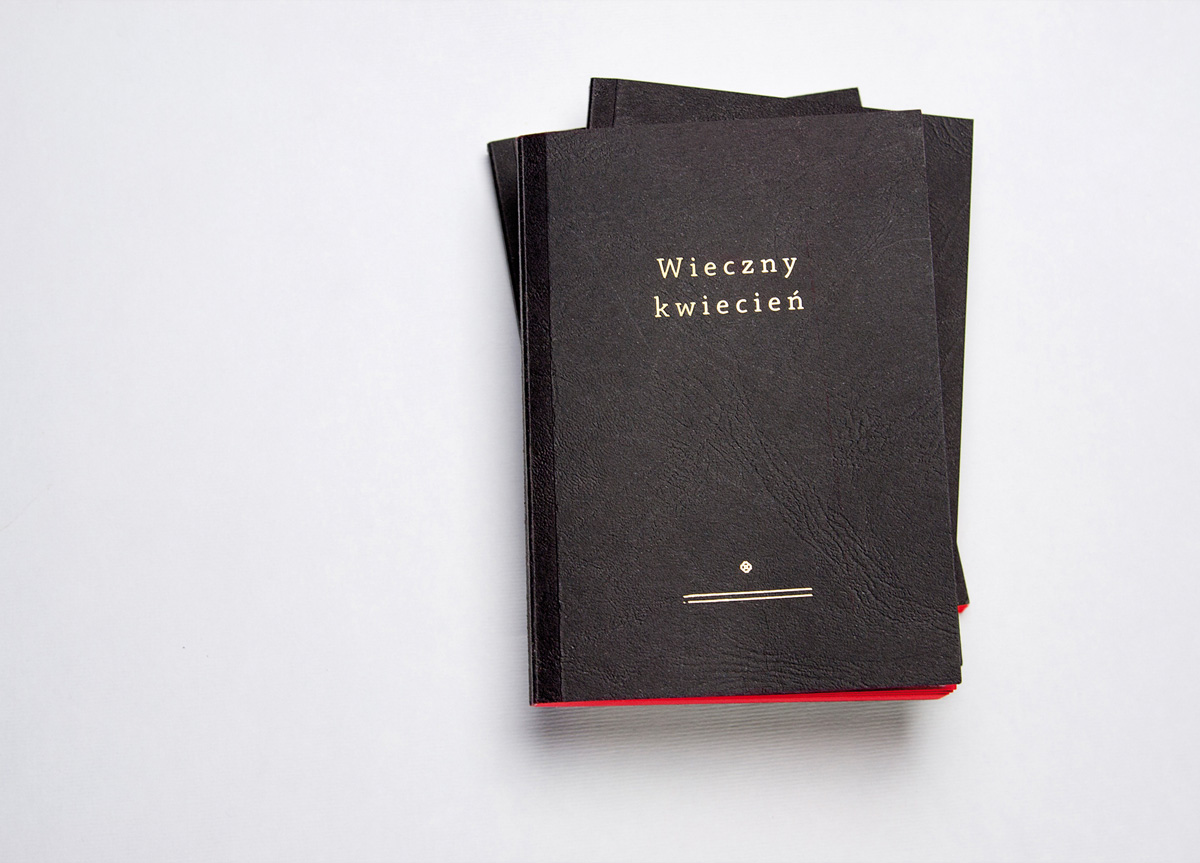 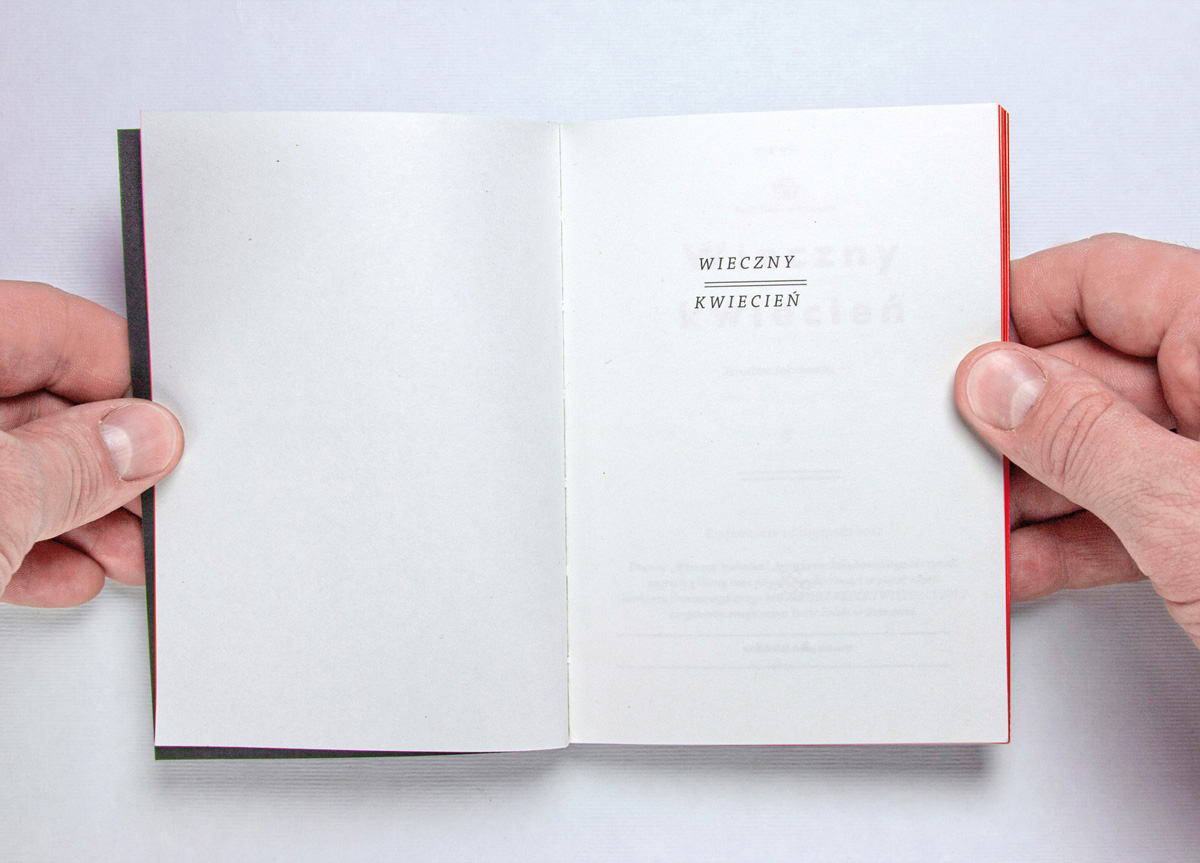 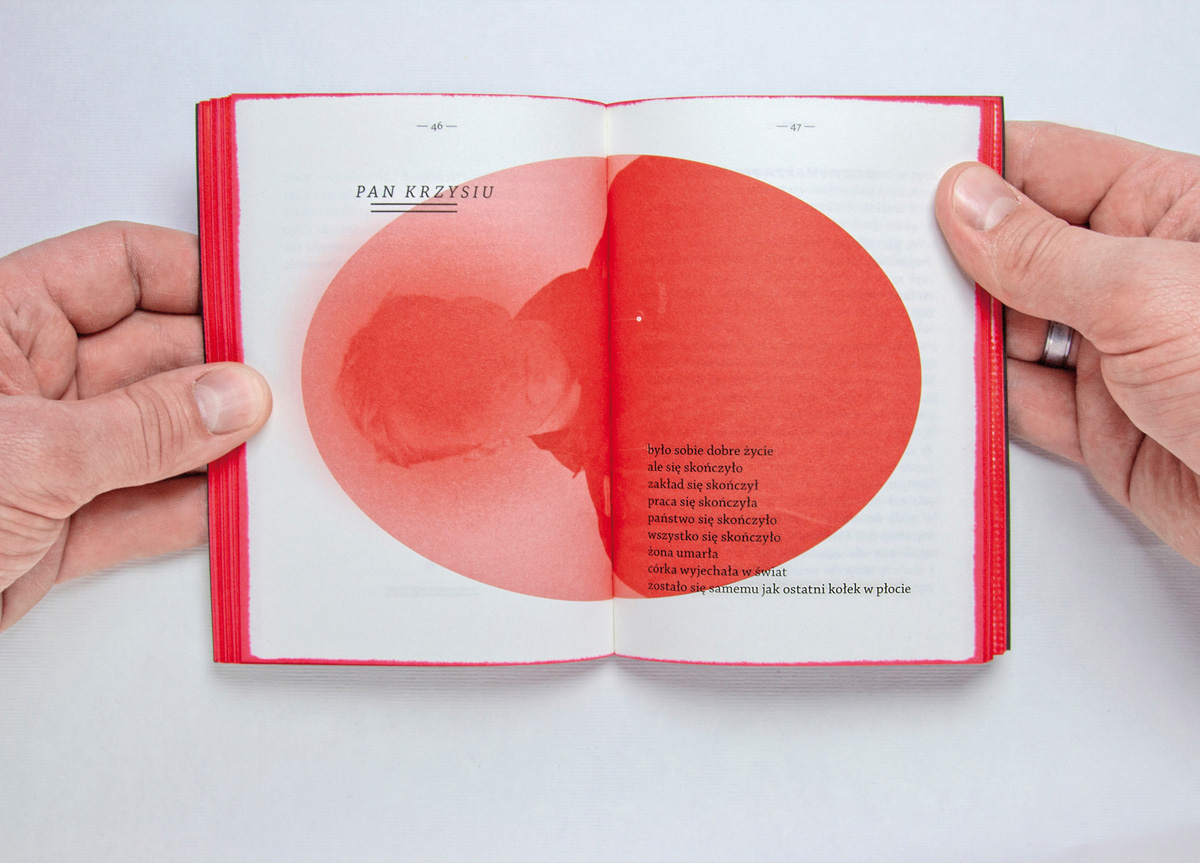 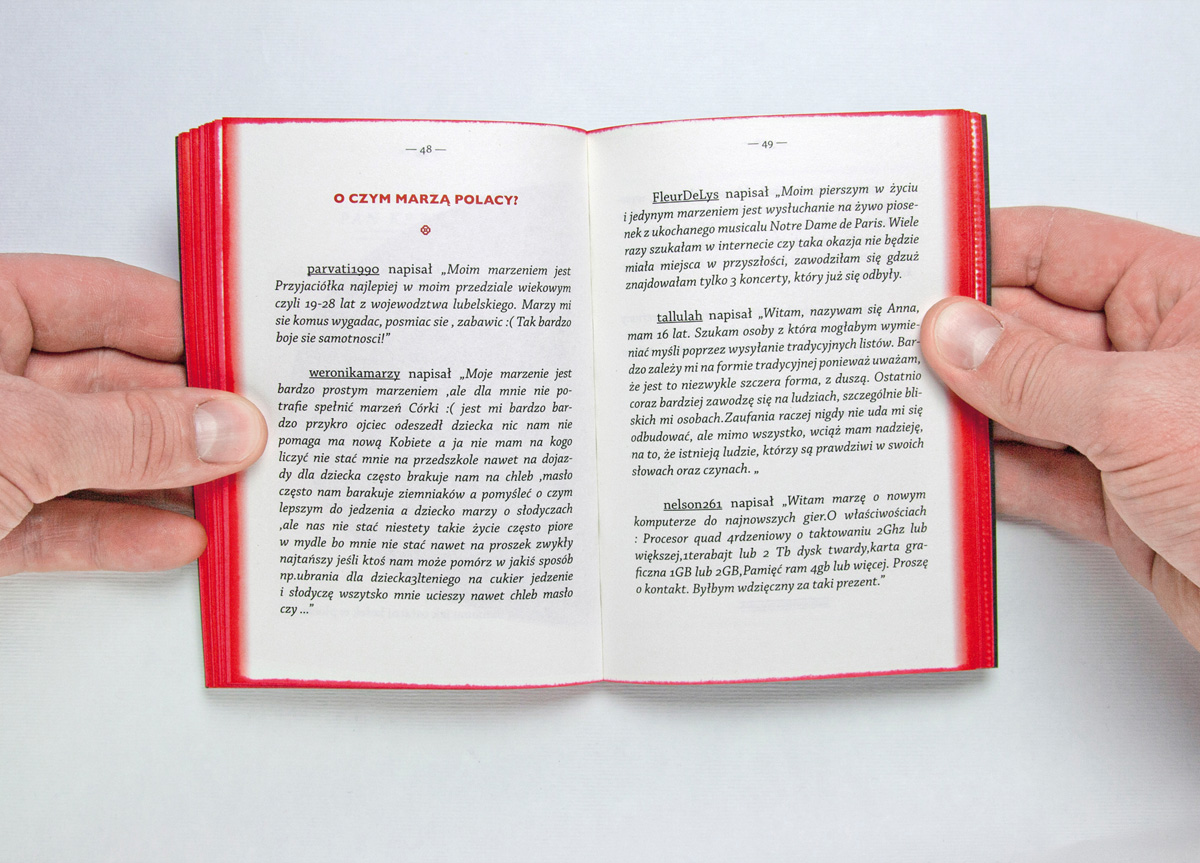 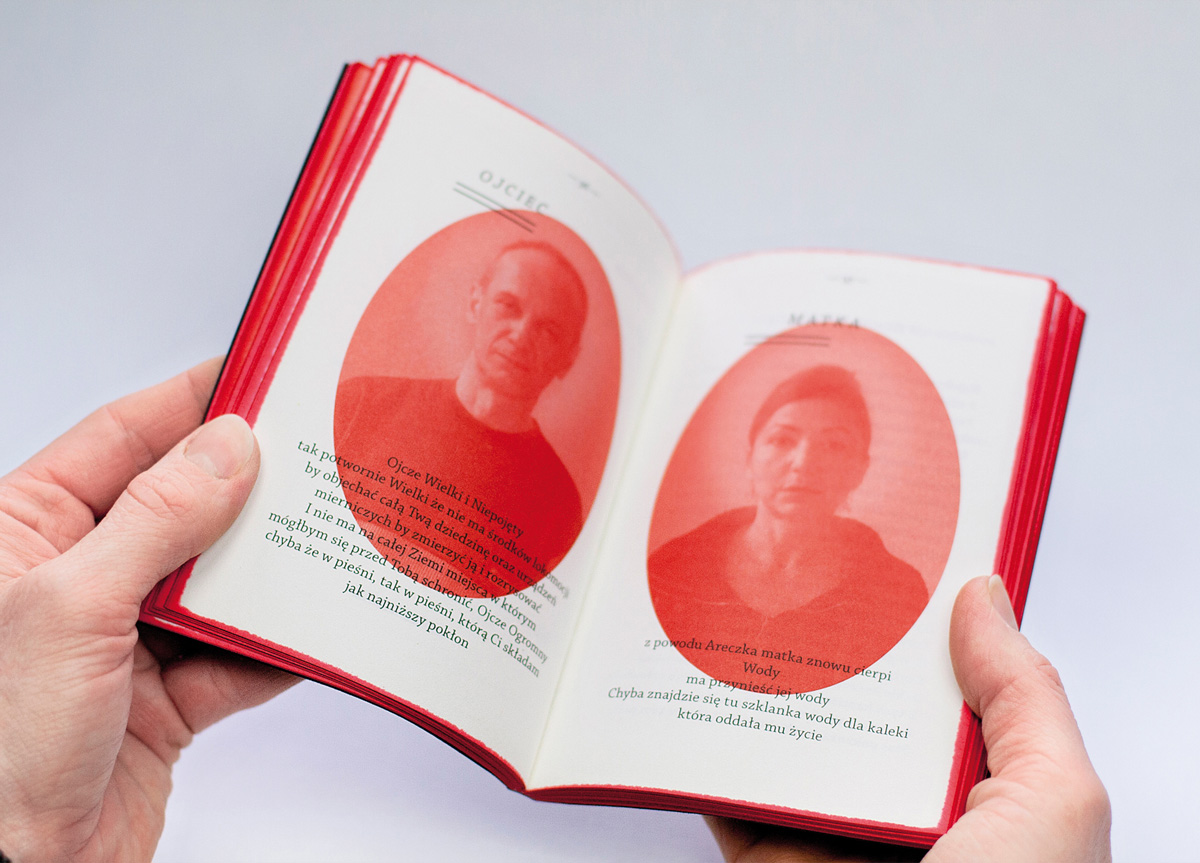 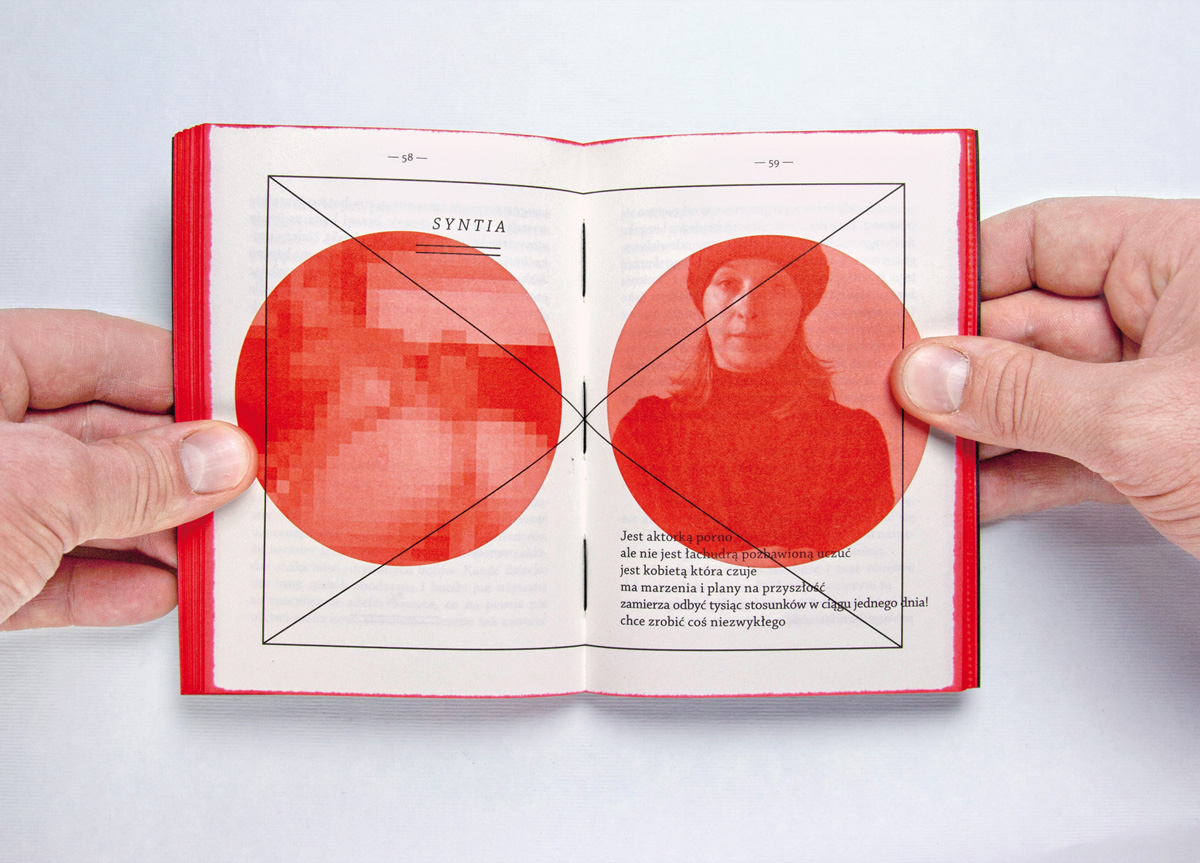 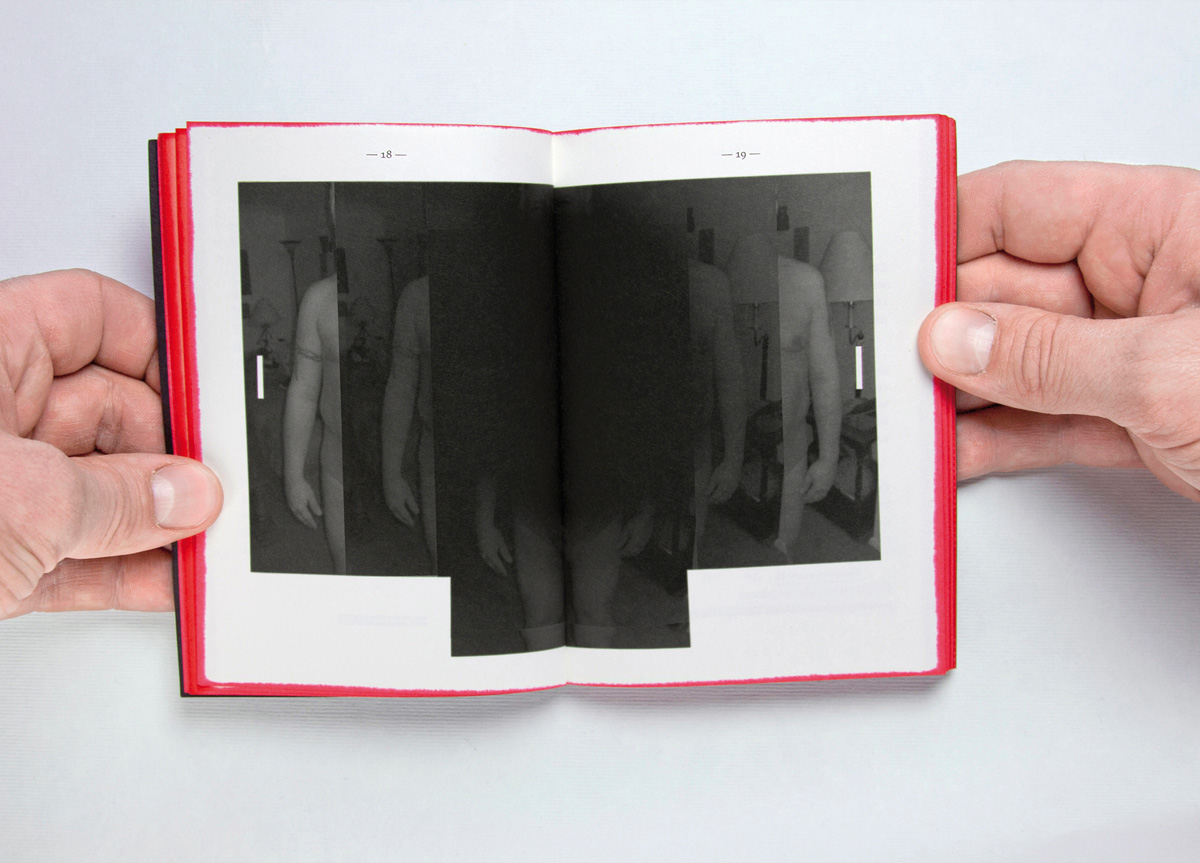 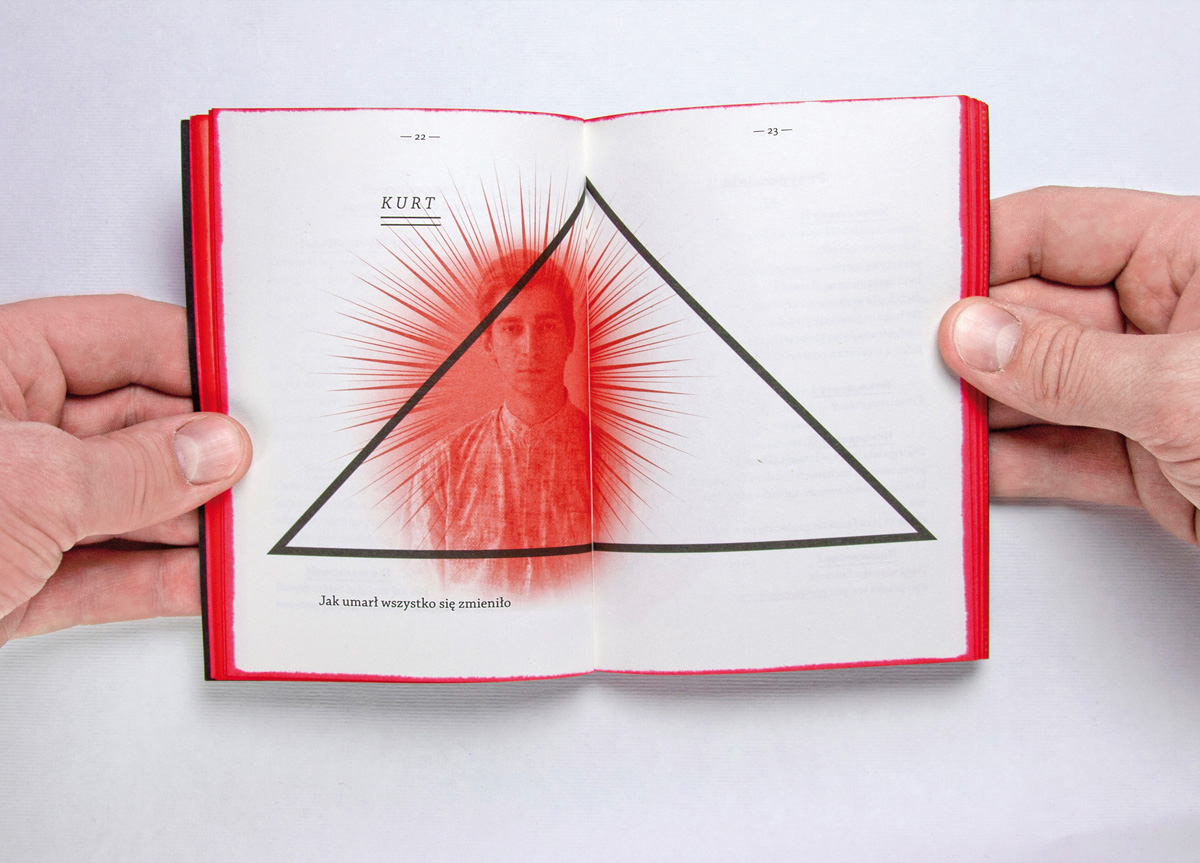 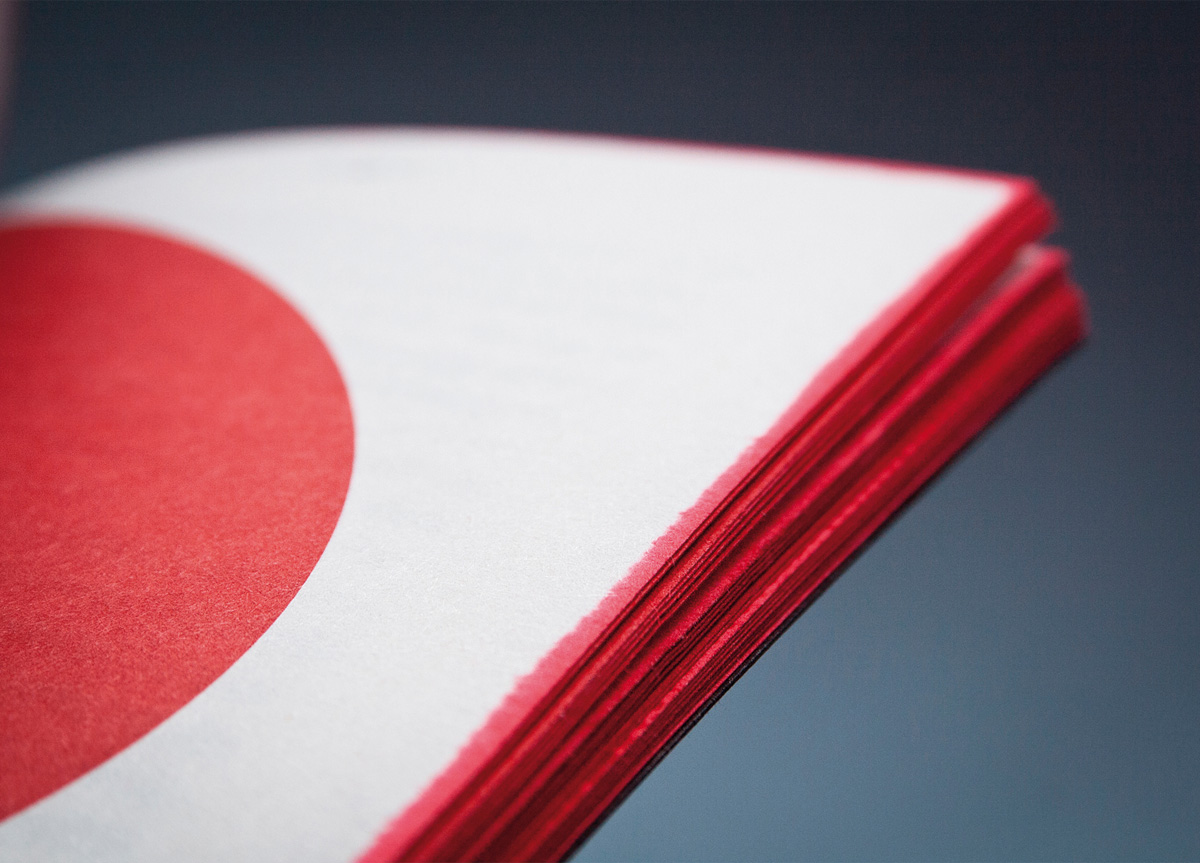 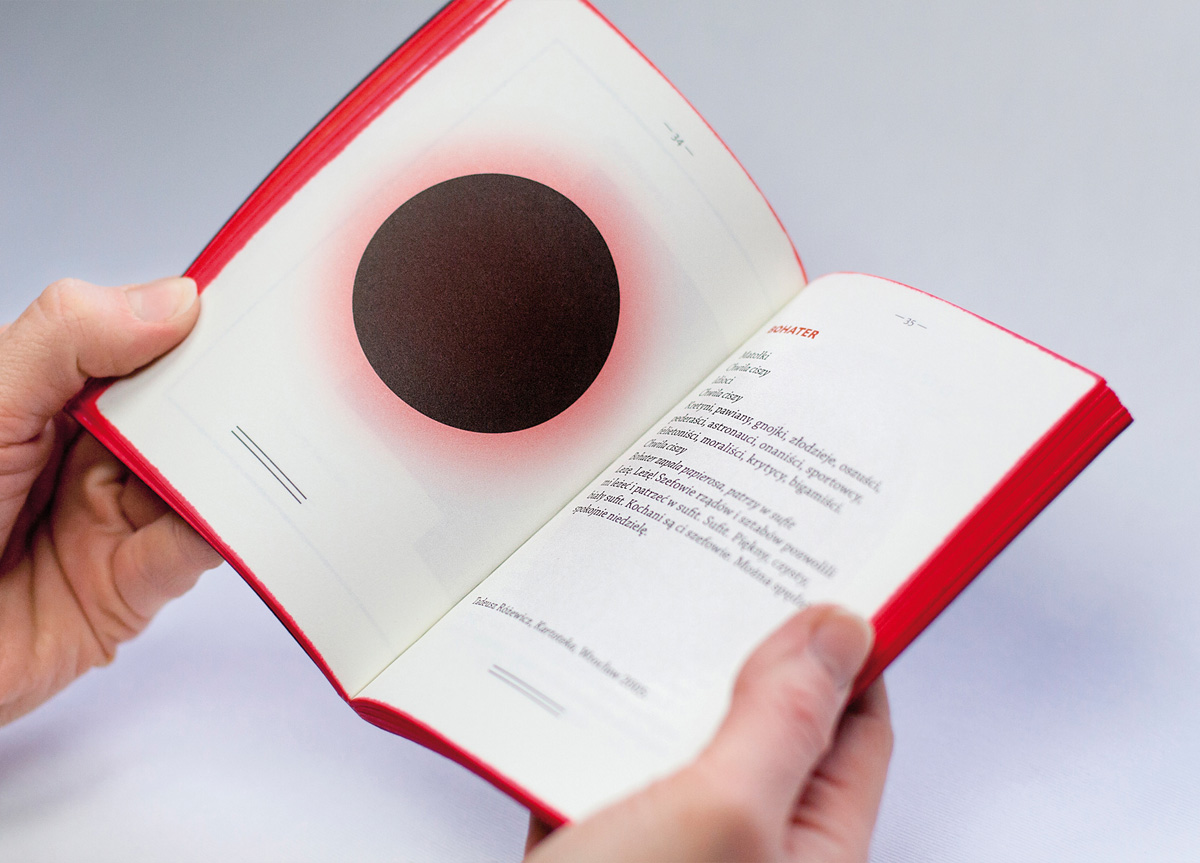 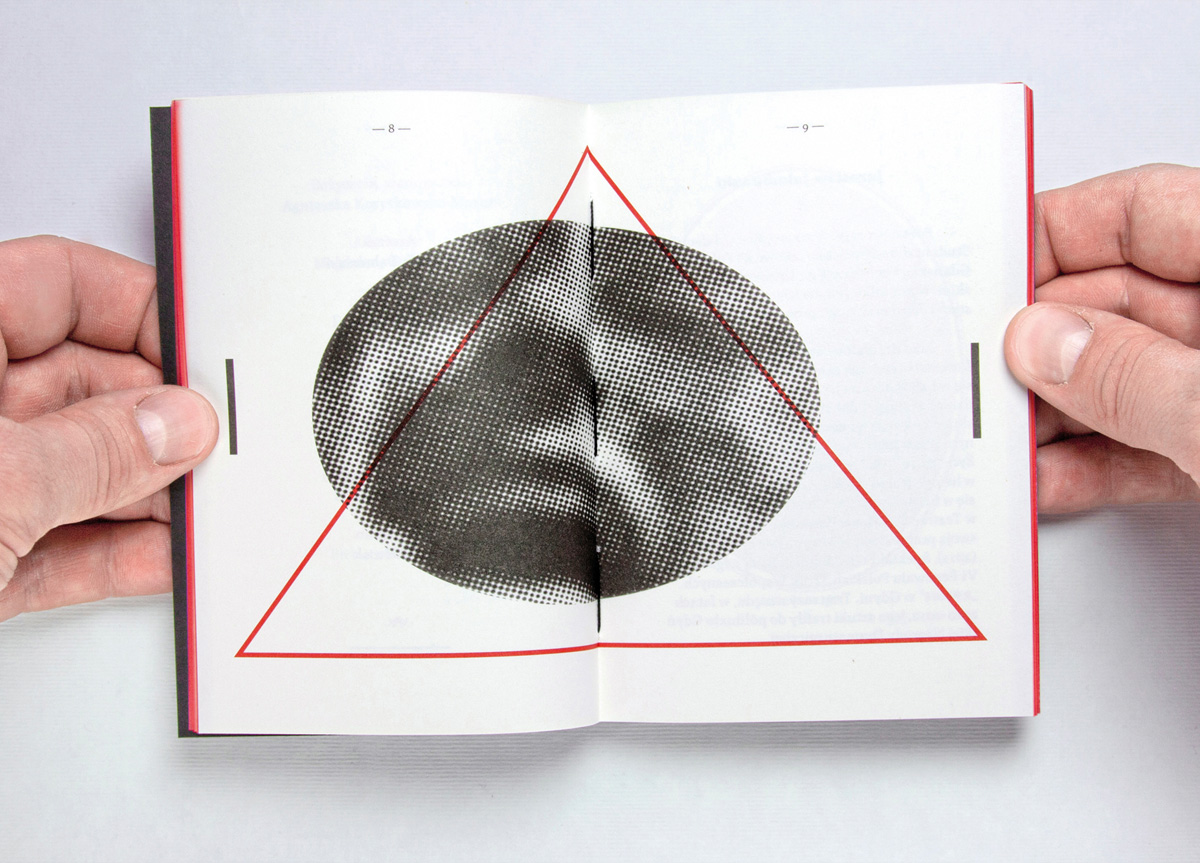 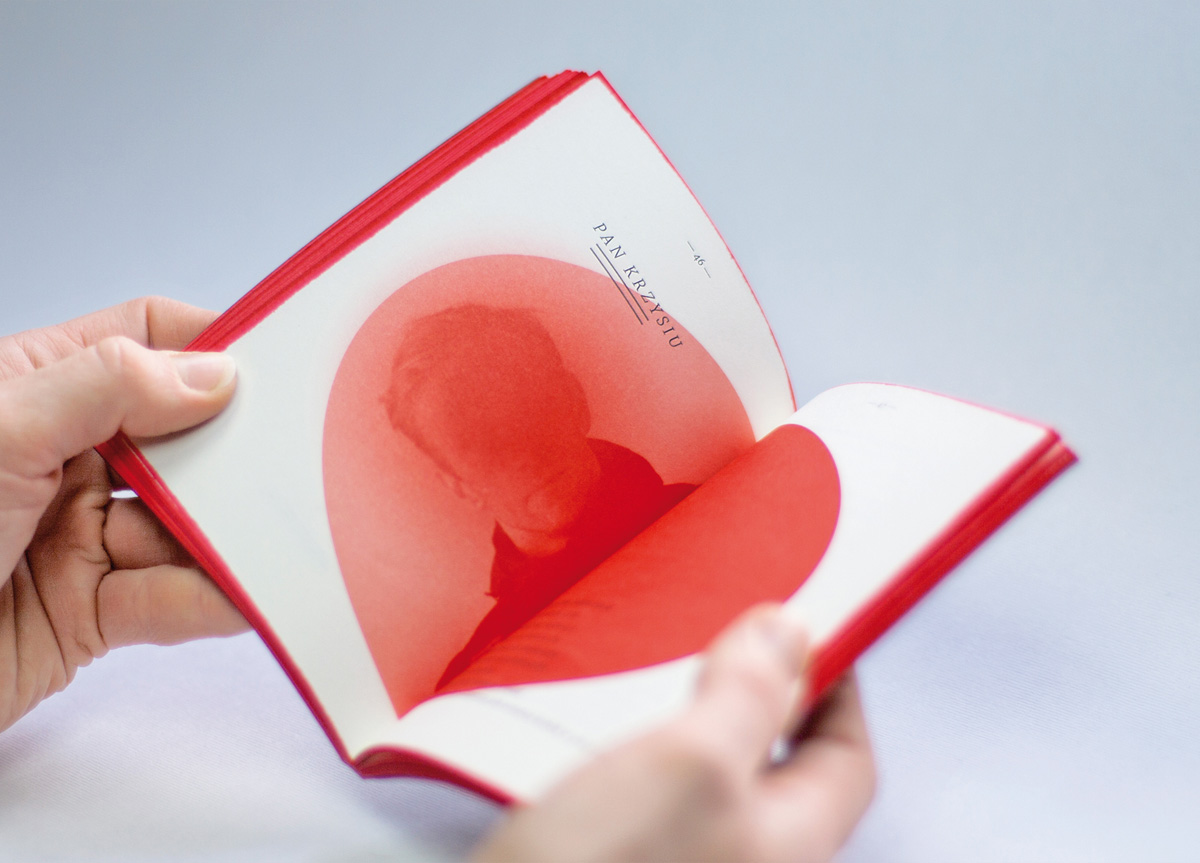 This pro­gram was inspired by a prayer book from the ear­ly twen­ti­eth cen­tu­ry. As in the play, the pro­gram mix­es the sacred with the pro­fane using a torn pic­ture of Pol­ish soci­ety in a cul­tur­al and reli­gious context.

The biggest challenge was to find a balance within the mixture of the profane and the sacred as placed in cultural and religious contexts.

Judge’s Comments
I loved this little book because it seemed smart and lovingly cared for and even though the entire thing is in Polish (and I’m Texan) there seems to me to be a clear concept from front to back. The typography is classic but confident and the illustrative technique seems vintage (Bauhaus or Dada) but contemporary and fresh at the same time. The designers have taken the typical existing imagery of actors and sets from theatrical productions and have transformed them into pure graphic joy through their own sheer will. The entire book is printed only two-color but I give its creators a standing ovation for their stellar performance. — DJ Stout