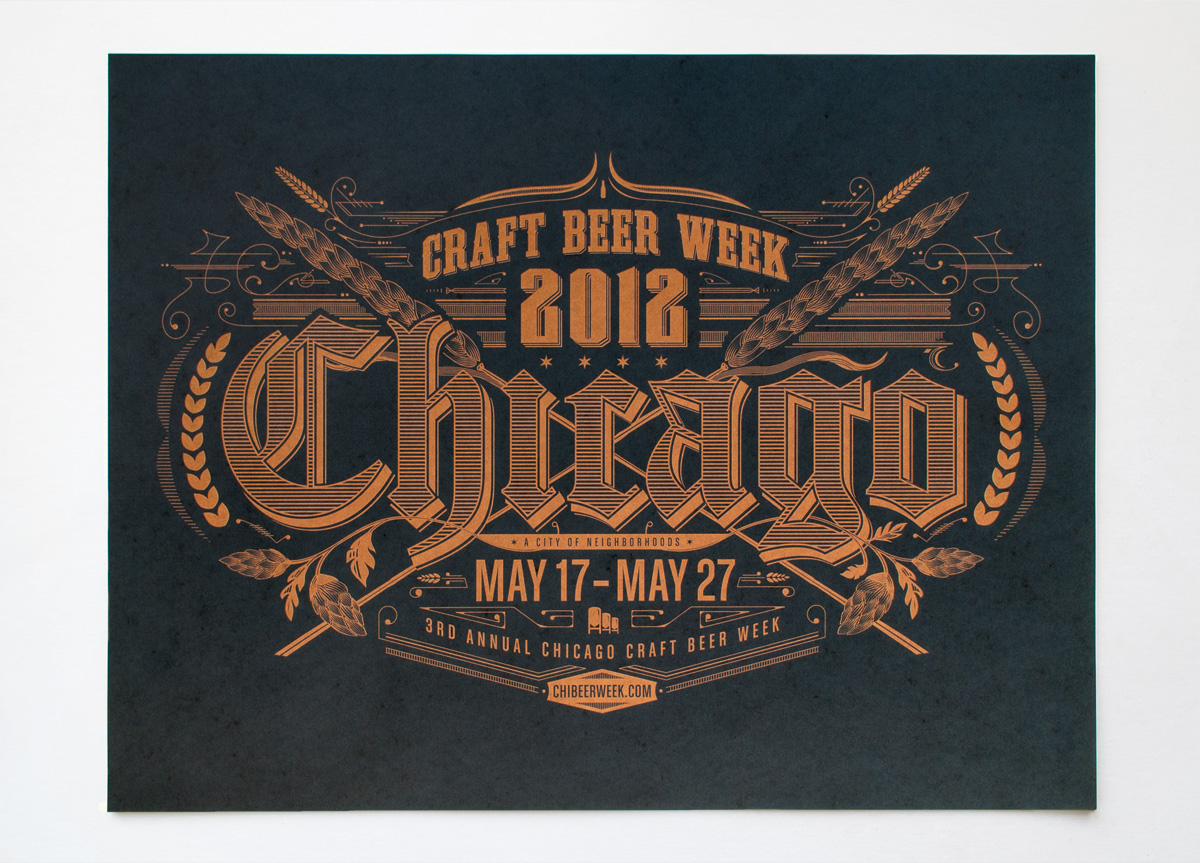 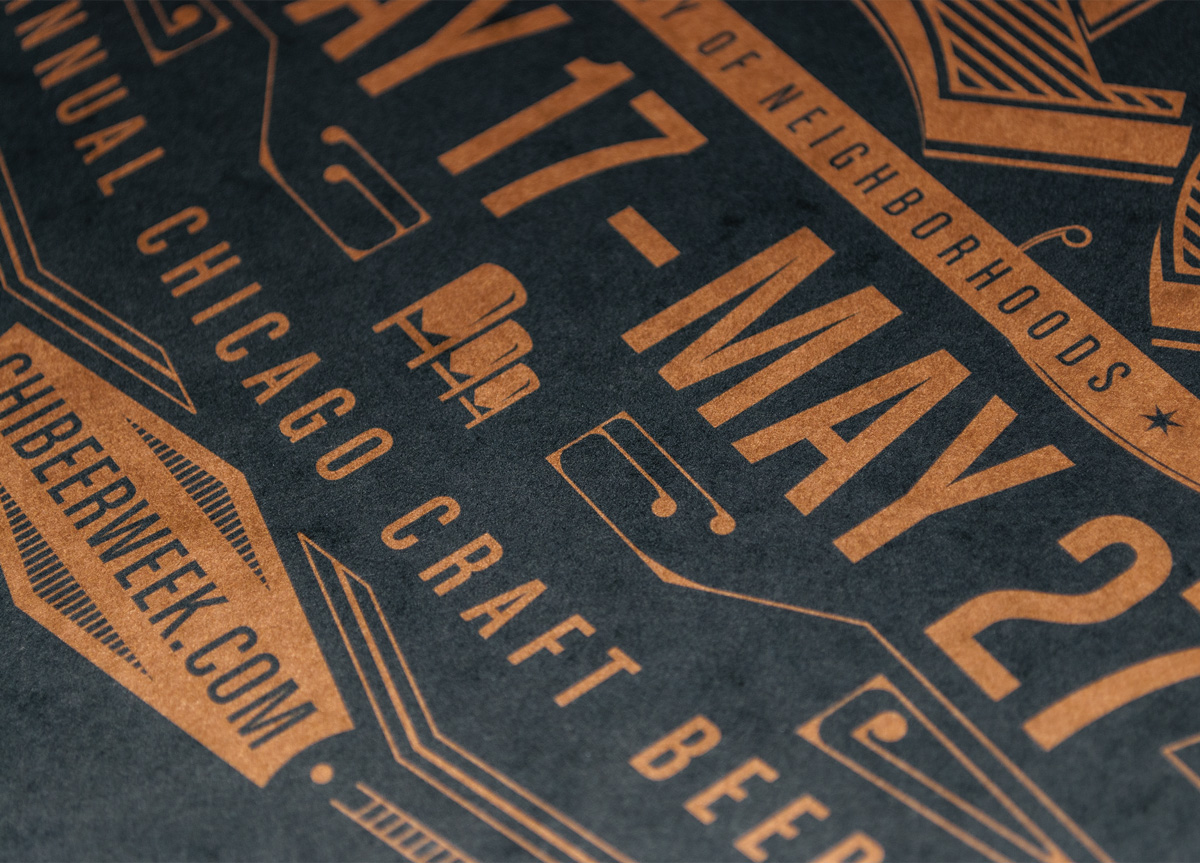 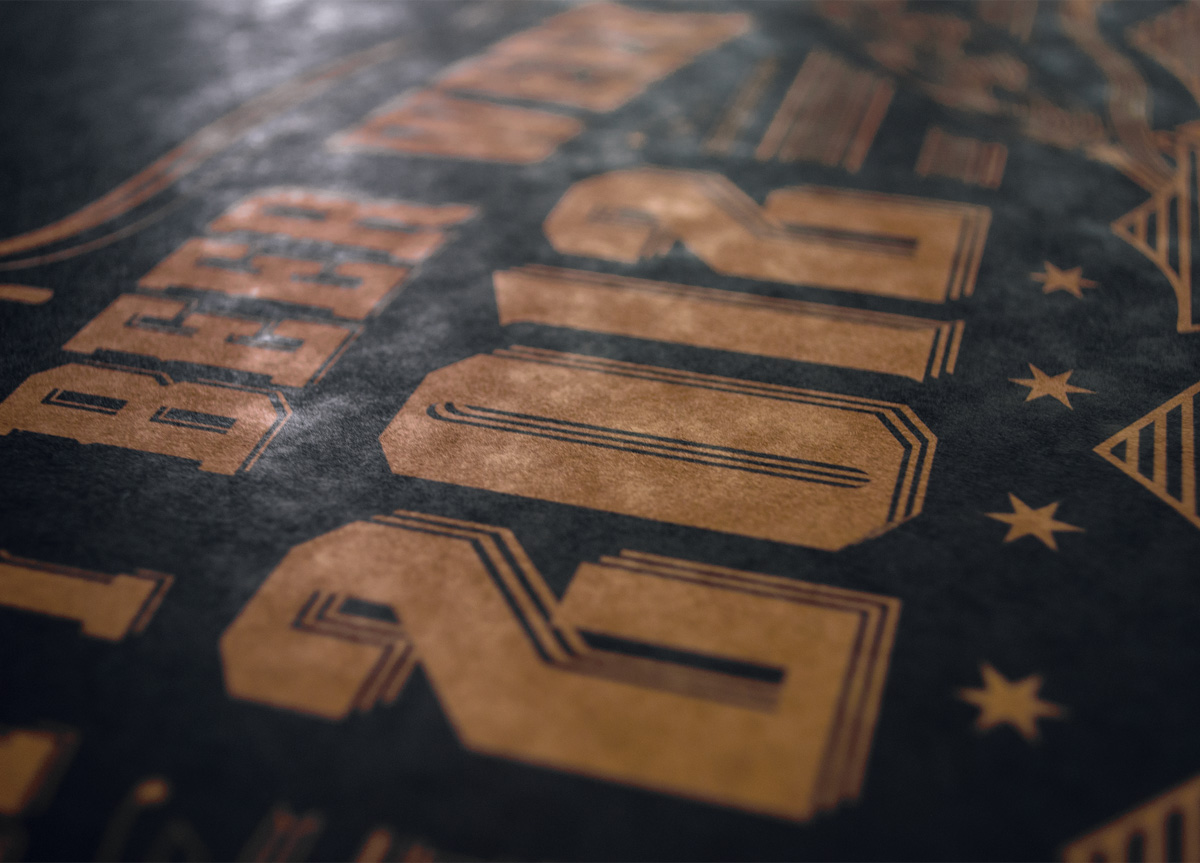 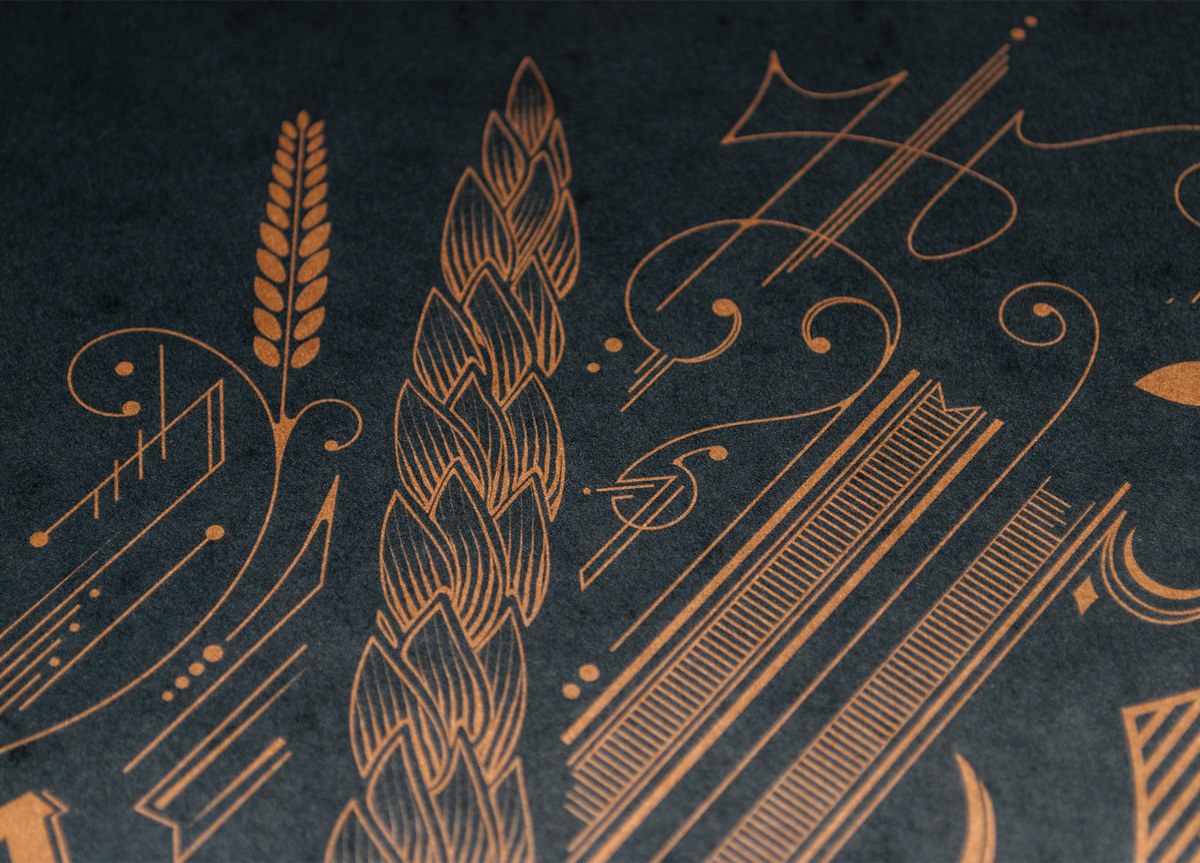 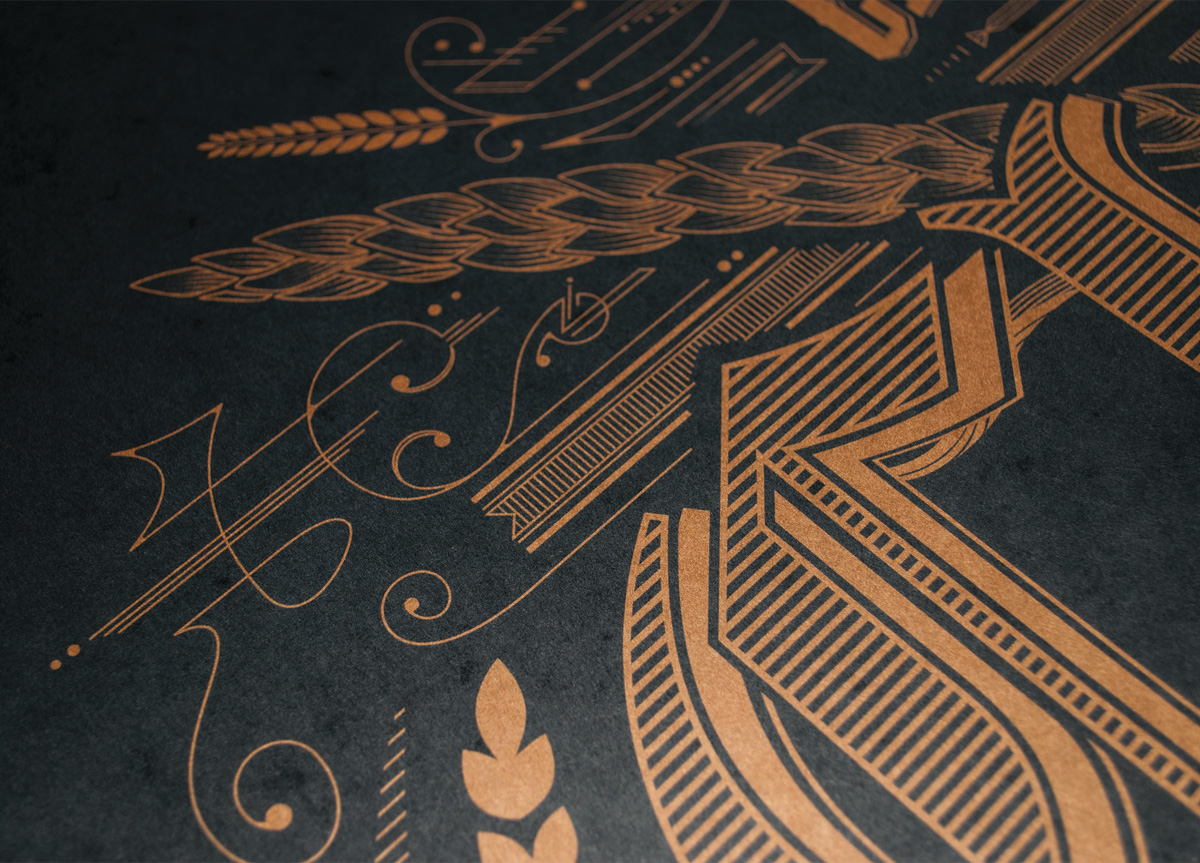 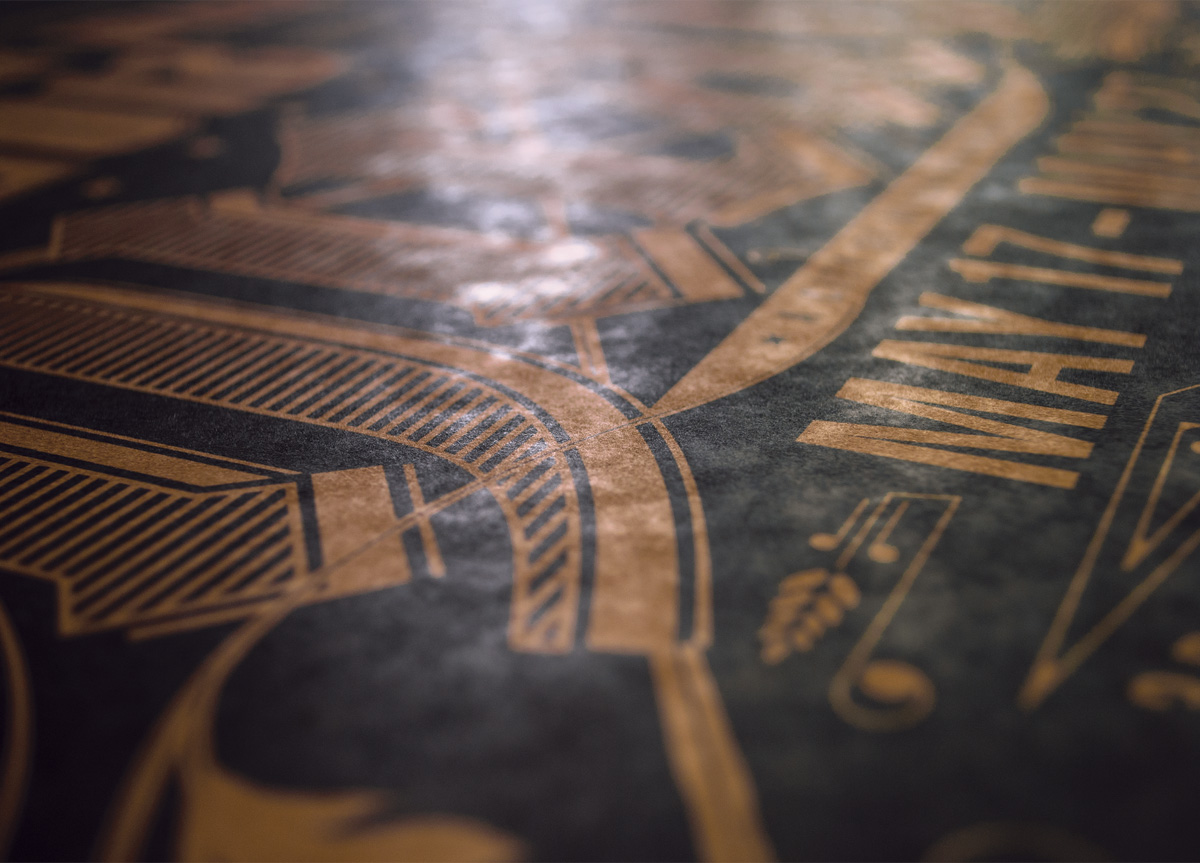 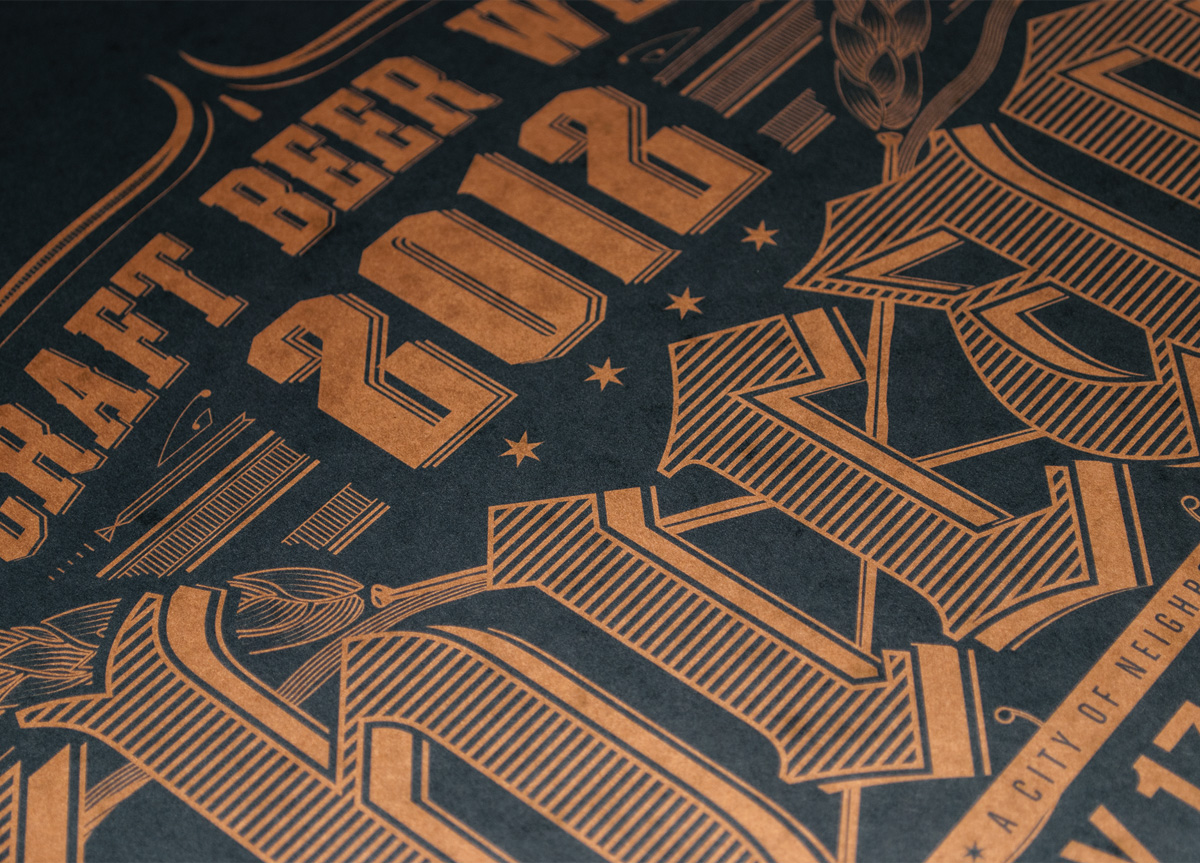 The Illinois Craft Brewers Guild is a non-profit organization founded in 1997 dedicated to promoting the development and expansion of the craft beer industry in Illinois.

The goal was to create an artisan and old-world-style typography lockup that clearly communicated elements of craft beer, while also making Chicago, IL, the center stage. The copper color was selected to represent the copper beer tanks historically used in old breweries and still utilized by many craft brewers.

PRODUCTION LESSONSPrinting a metallic ink on dark paper when printing offset can create undesirable results. Instead, select a similar white paper and print a two color job of black and a metallic—that way the metallic will still pop off the paper surface.