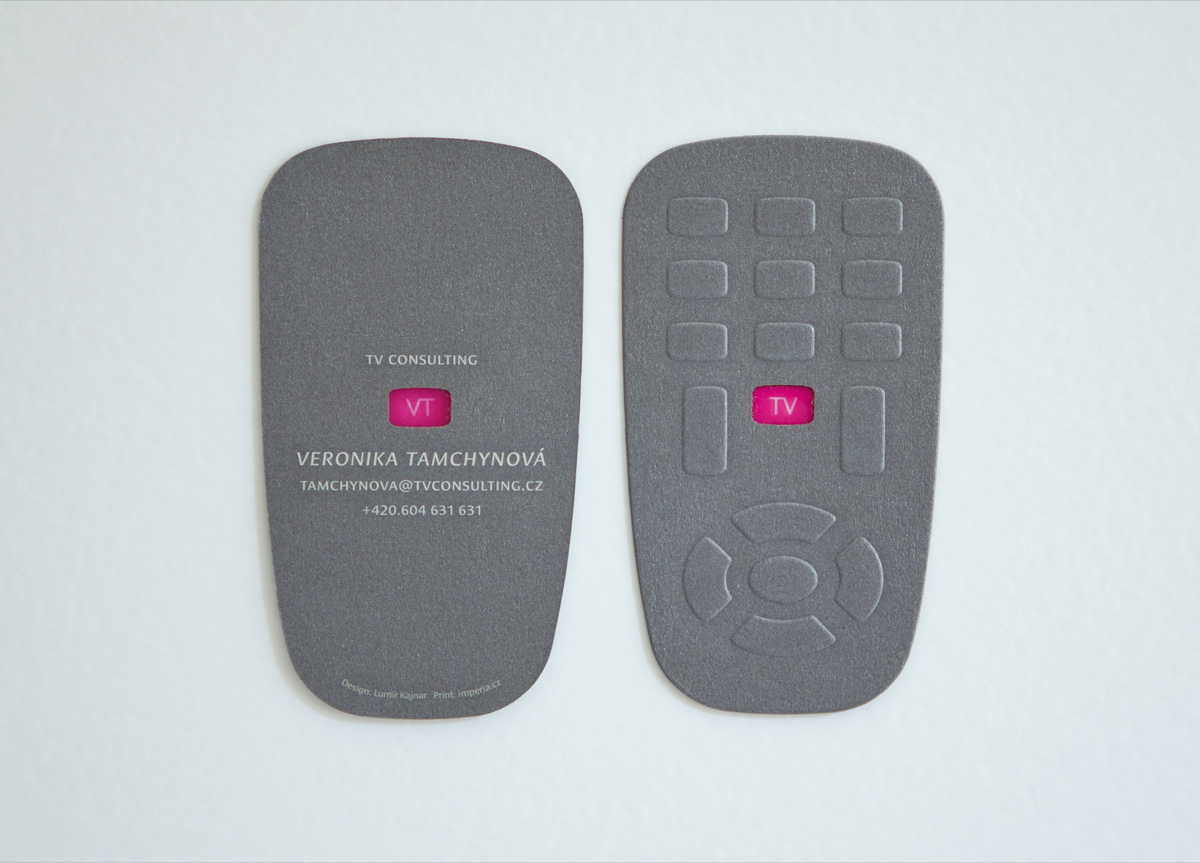 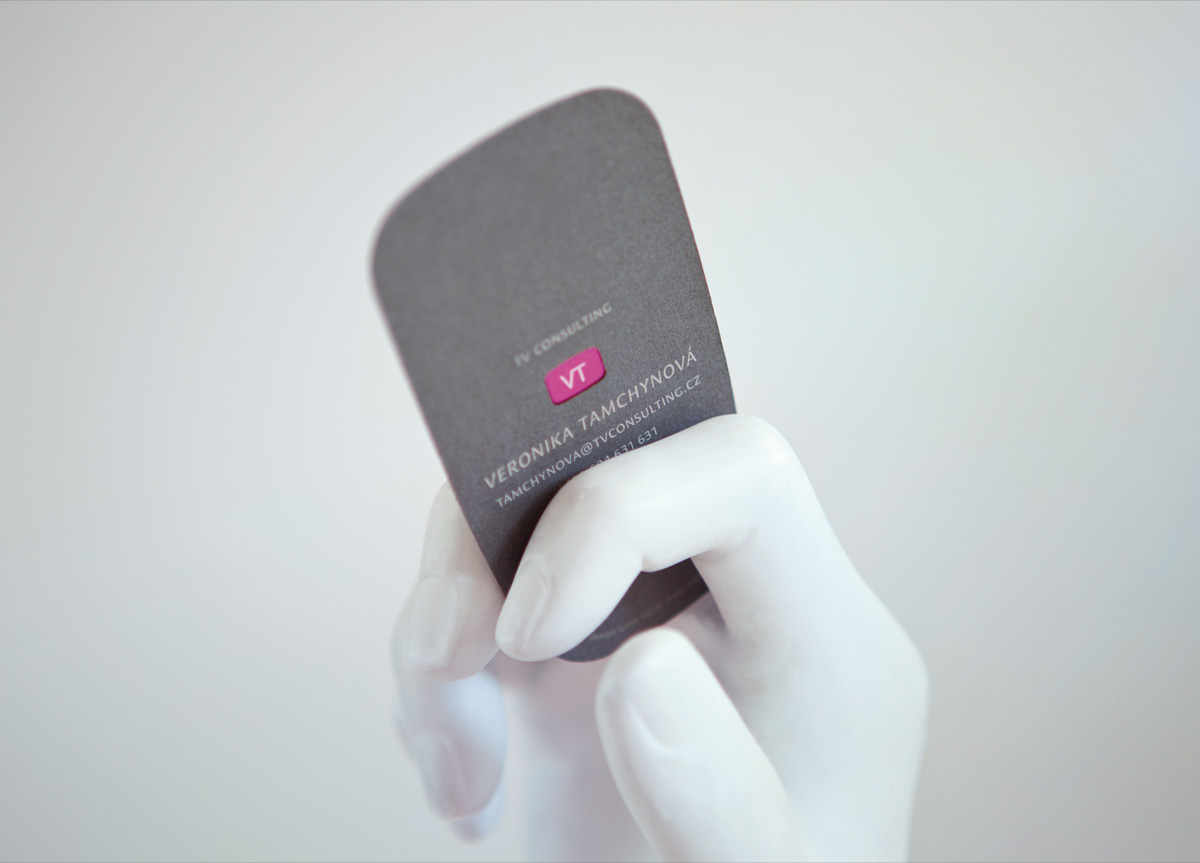 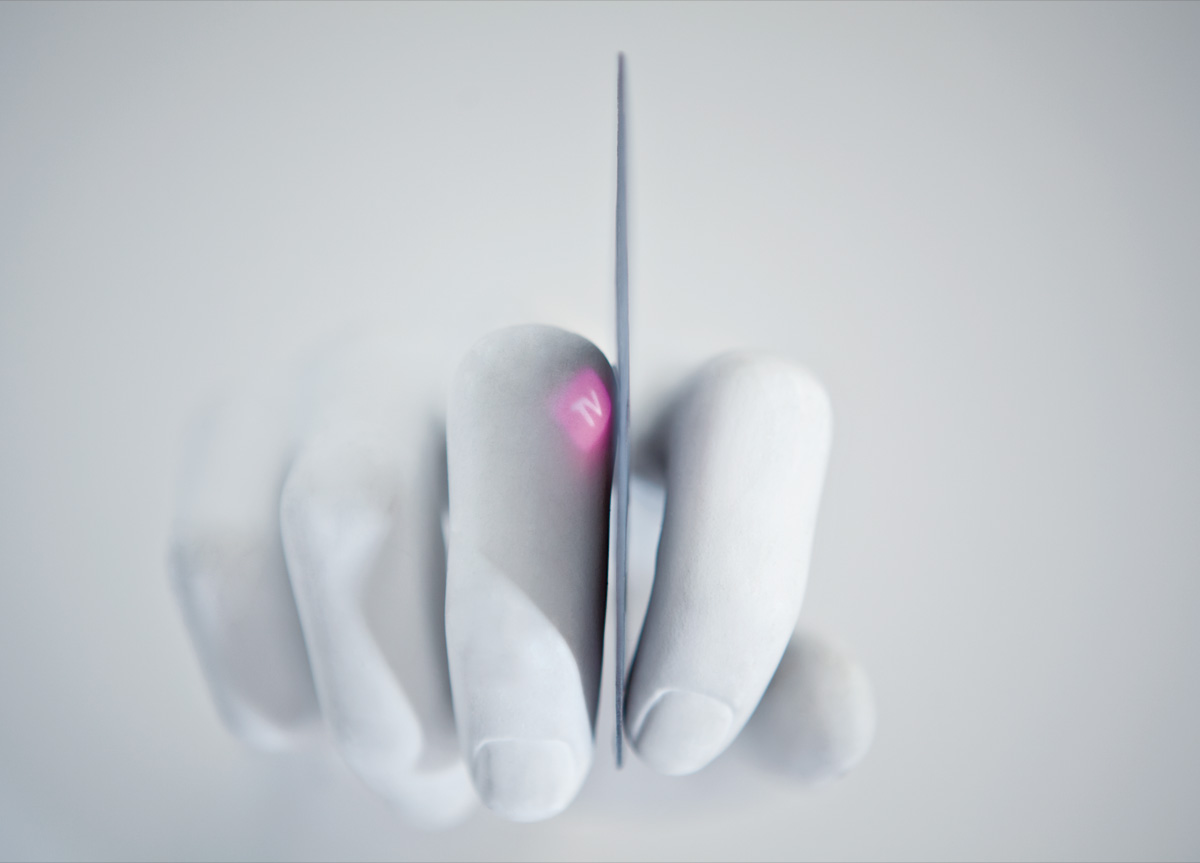 Veronika Tamchynova is an independent television consultant; representative of Universal Channel in Czech Republic and Slovakia.

Representing television channels as a professional freelance consultant in the Czech Republic is a very unique profession. The aim, therefore, was to create a personal business card so attractive that no one would throw it away, and so elegant that it represents exclusivity and first-class service.

In a highly competitive environment, the viewer’s choice of a television channel button is the alpha omega of business success. I wanted to point this out as well as bring this insight to the card. At the same time the business card can be used to promote personal values. The personality of this card is also emphasized by the initials VT (Veronika Tamchynová). VT and TV mirror each other, so the card has an embedded foil carrying the initials, which is readable on both sides. The outline of the business card, with a central button, subsequently became a major symbol for the visual identity of the company.

PRODUCTION LESSONSThe biggest challenge was the accuracy of processing the hand-glued foil.