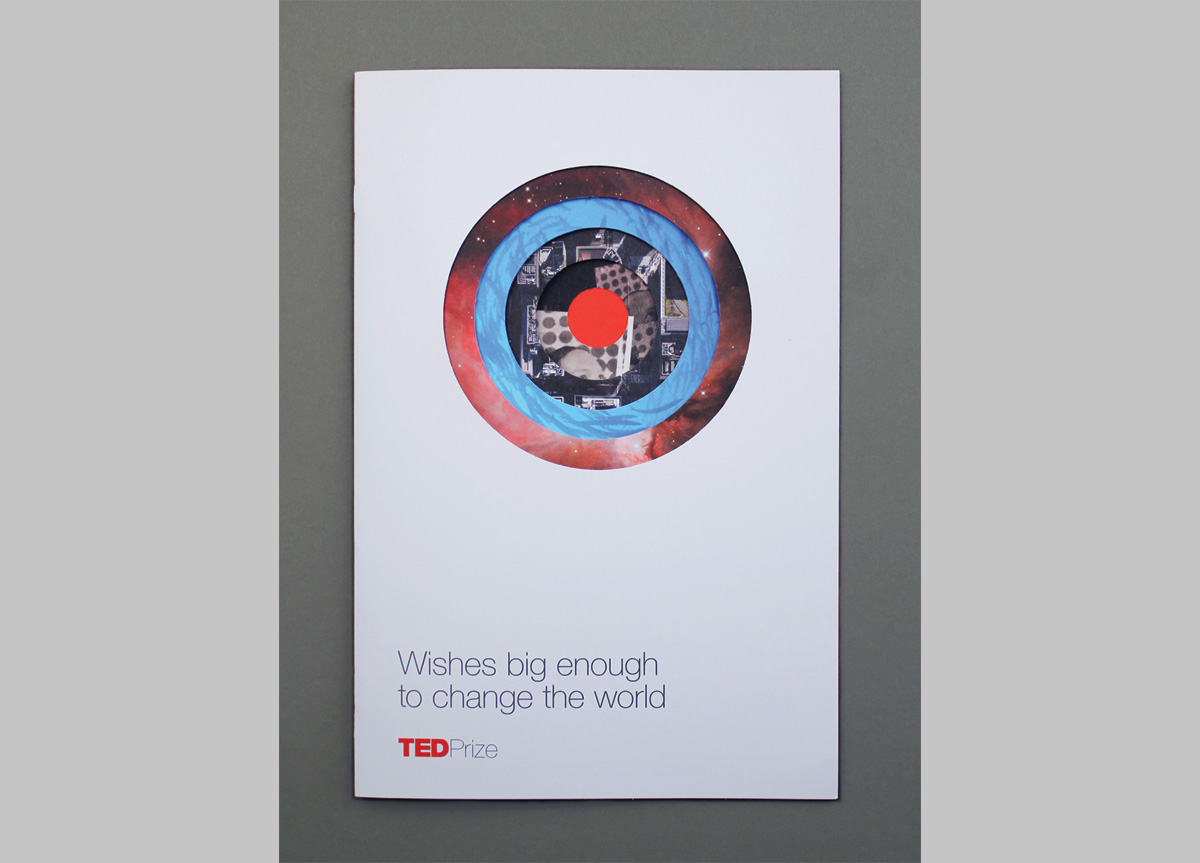 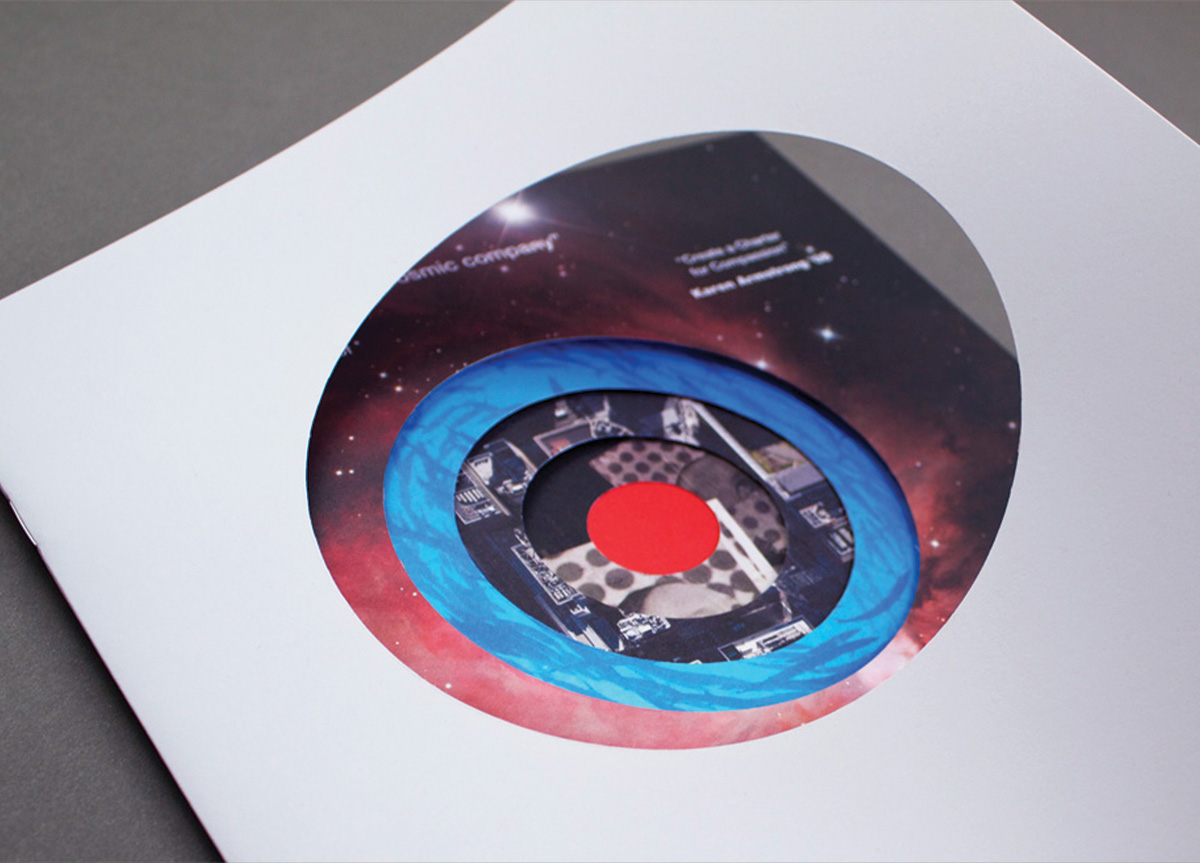 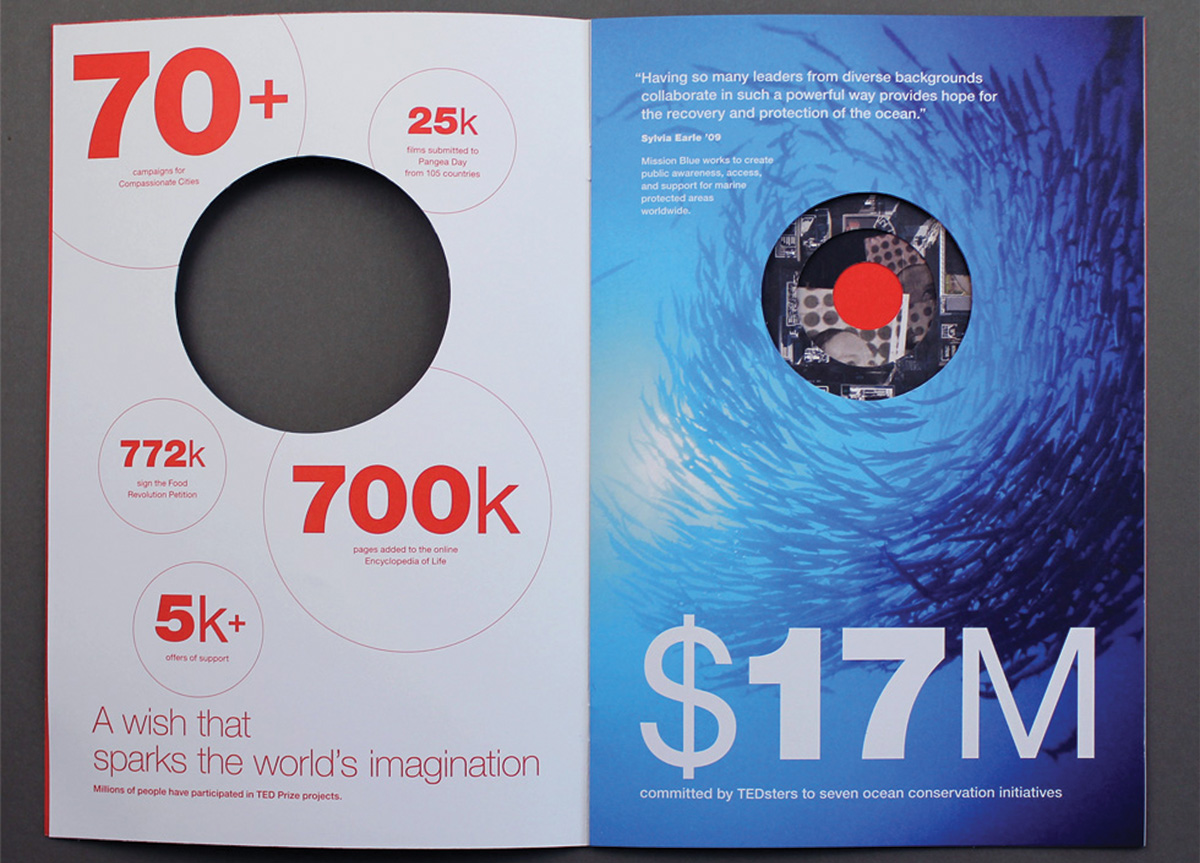 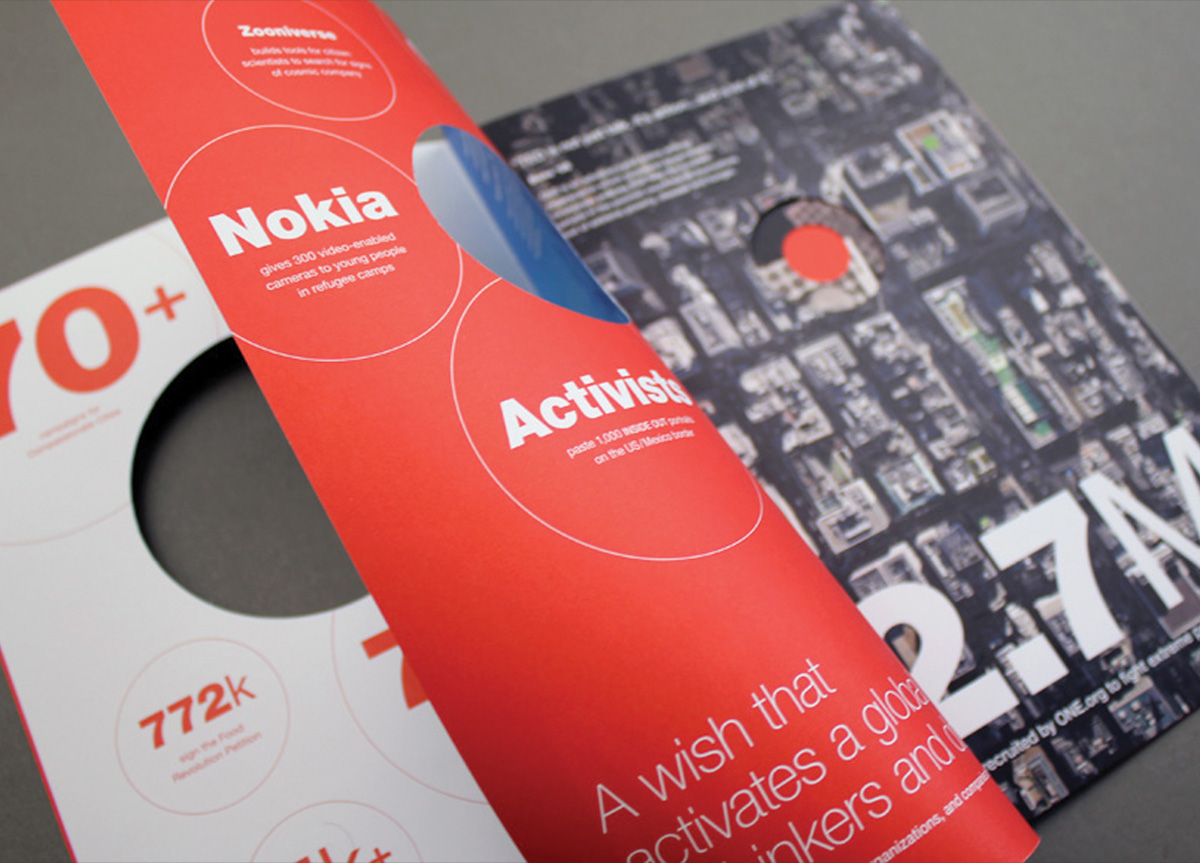 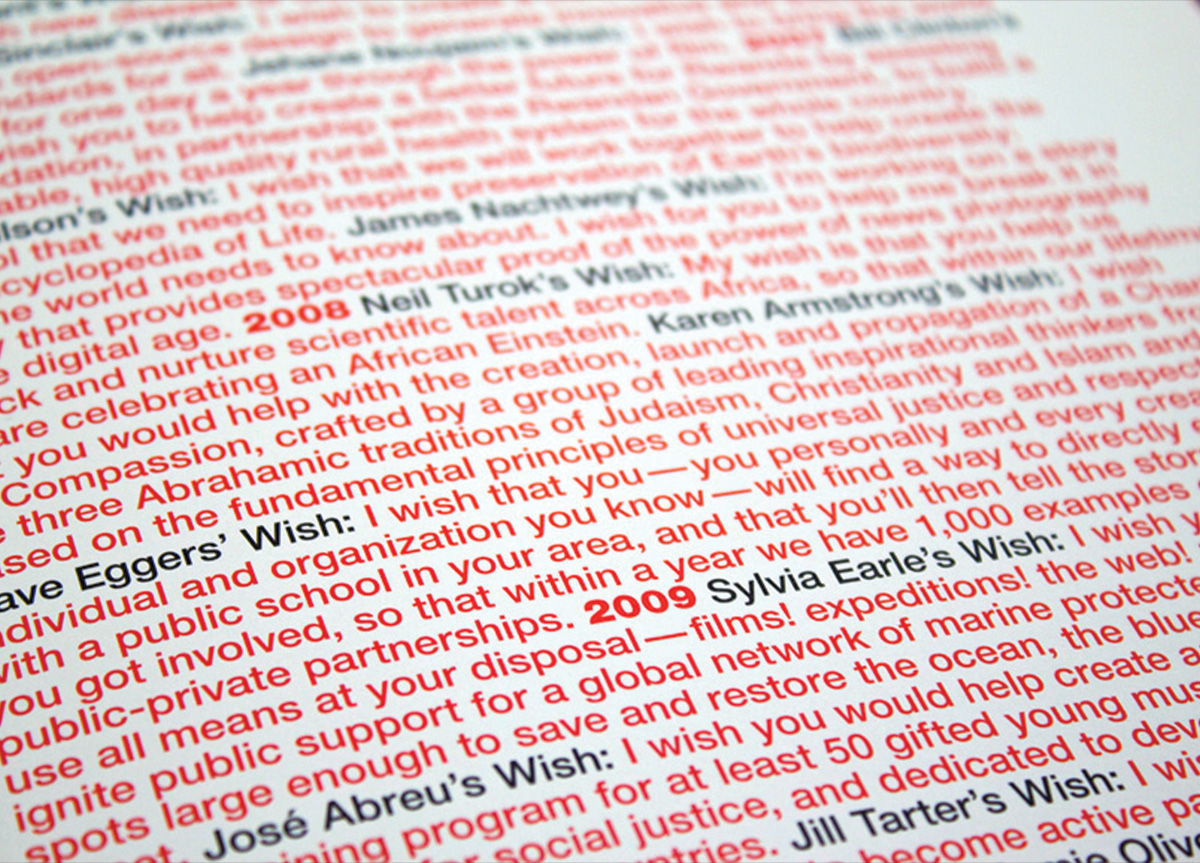 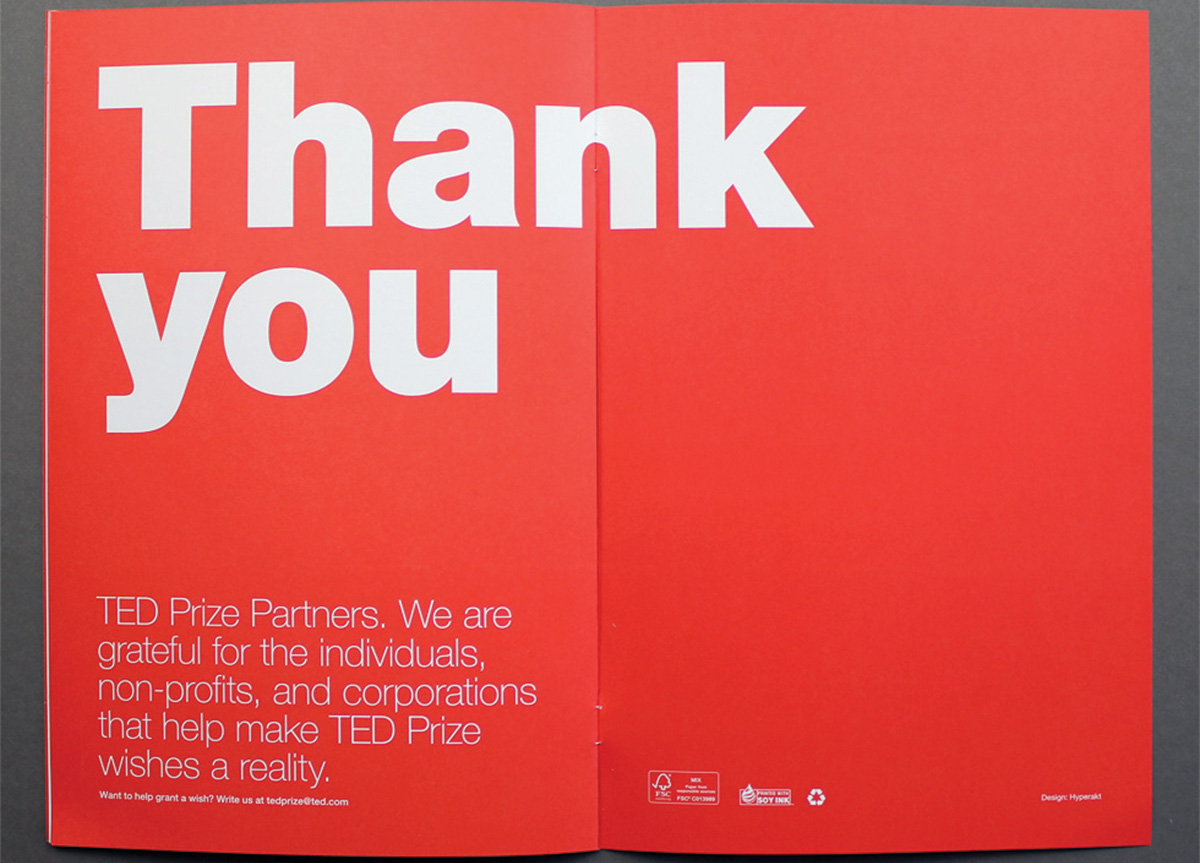 TED (Technology, Entertainment, Design), founded in 1984, is a leading conference to highlight the work of innovators across disciplines from all over the globe, bringing together some of the most prolific minds of our generation.

For their 2012 conference TED asked Hyperakt to create their first printed manifesto explaining the TED Prize and its legacy. Given out to every TEDster who attends, the TED Prize booklet takes readers on a journey, from space, through oceans and cities, and into the human spirit. The piece describes some of the world changing ideas that have defined the TED Prize.

The purpose of this piece was to better explain what the TEDPrize is and the impact it has. TED wanted to focus on connections made in the community and how that made the recipient’s wish come true. The idea for the piece was to show how these wishes change the world. The die-cut circles on the cover represent a new world being created by images of the TEDPrize wishes being layered on top of each other. We were able to kind of do the power of 10 where we start with space and zoom in to individual people at the end. The last part of the circle, the red dot, is a description of the prize.

PRODUCTION LESSONSThe biggest challenge was to stay true to our initial idea and stay on budget. We originally had a heavier cover, but the price was about $2,000 over what we could spend. The solution was to have a self cover, so the entire book could print at once—this way, we were able to save by not having to set up the press to run the cover separately.