The FPO Awards is a judged competition organized by UnderConsideration, celebrating the best print work from around the world during 2010 – 11. The FPO Awards reward the most successful combinations of design and print production. A panel of five judges convened in Austin, TX on June 10, 2011 to collectively select the 96 winning entries to be included in this website and a printed book, published and distributed by UnderConsideration. 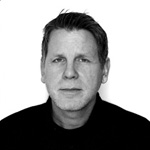 Charles is the founder of Charles S. Anderson Design Co., established in 1989, and specializing in identity development, packaging, and product design. While the firm has worked with many wonderful clients, their partnership with The French Paper Company has endured as one of the longest-running, most prolific, and internationally recognized client/designer relationships in the history of graphic design—2011 marks their 25th year working together. In addition to their highly recognized client work, CSA Design is unique in creating what has become one of the most extensive and well-respected archives of licensable artwork in existence. Painstakingly created over many decades, the CSA Images collection is a digital museum of art for commerce, a vast and ever-expanding resource of illustration inspired by the entire visual history of art, design, and typography. Charles S. Anderson Design Co.’s work has been exhibited in museums worldwide, featured in numerous prominent publications, and awarded top honors in every major design competition. 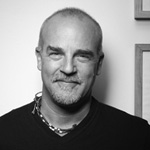 Marc is the author of “Designing Identity: Graphic Design as a Business Strategy”. The studio of Marc English Design specializes in identity, publication, and packaging design. Their work can be found in collections in the US, Mexico, and Germany, with clients from across the US, as well as in such diverse markets as Paris, Tel Aviv, Vietnam, and Malawi. English teaches in graduate and undergraduate programs in the US and Mexico, and lectures and juries design exhibitions across the US. He has a daughter whom he loves very much, and lives in Driftwood, Texas, an unincorporated community southwest of Austin. He designed and printed his first business card with letterpress, in the 7th grade, in 1971 or ’72. It was a long time ago. [Photo: Jonathan Allen] 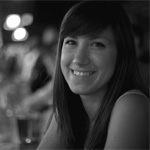 After graduating from Tyler School of Art with a degree in Graphic Design, Jessica worked for Headcase Design before taking a position as senior designer at Louise Fili Ltd. Spending her days learning about fancy typography with Louise, she continued developing her freelance career at night. After two and a half years of little sleep and a lot of lettering, she left to pursue lettering and illustration further and to try her hand at type design. Jessica and her work have since been featured in many publications, she has traveled the world speaking about lettering and illustration, and she has probably consumed enough coffee to power a small nation. Jessica spends most of her non-working hours at home watching “Battlestar Galactica” with her talented better half and their two kitties, or out and about consuming pork-fat rich meals and fancy cocktails. To keep up with her day to day antics you can follow her on twitter but be prepared for stupid cat videos and bizarro medical facts. [Photo: Catalina Kulczar-Marin] 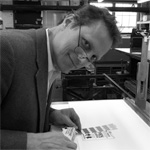 Bruno brings over thirty years of printing experience to this event. His exposure started at an early age in his father’s highly respected commercial printing company. From the 1970s through the late 90s, Bruno worked in every aspect of commercial sheet-fed printing (from press operation to job production) at his father’s Rohner Printing and other Chicago-based printers. Bruno earned a Communications Degree from the University of Colorado Boulder in 1989 and a Certificate of Printing from Triton College in 1991. In 1997, intrigued by the craft of letterpress printing, Bruno founded Rohner Letterpress with the intent of offering letterpress printing on a commercial basis. Bruno accomplished this, in part, by replacing lead type with photopolymer plates, thus merging the ancient art of letterpress printing with modern design practices. Today Rohner Letterpress continues to concentrate in letterpress printing. However the company has expanded to offer the additional services of die-cutting, finishing and envelope conversion. 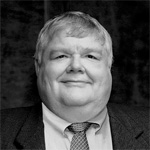 Jesse is President of Williamson Printing Corporation (WPC) in Dallas, TX where their prepress department, color management team, sheetfed and web presses, and bindery and finishing equipment occupy a 7.6-acre area. With roots as far back as 1884 when it was known as The Dorsey Company, WPC has been owned by the Williamson family since 1968. Williamson has consistently ranked among the top three award winners at the Premier Print Awards, the Oscars of the print industry. Jesse is the inventor or co-inventor of the following patents: PackMAG-Magazine and direct mail insert carrier; WIMS-Integrating metallic inks with process colors; Litholuxflexo printing and coating interstation on sheetfed, offset presses, allowing the use of flexo inks; and GloKote-applying glow-in-thedark slurry on offset press. He’s been named NAPL/PIA Sheet Fed Executive of the Year.