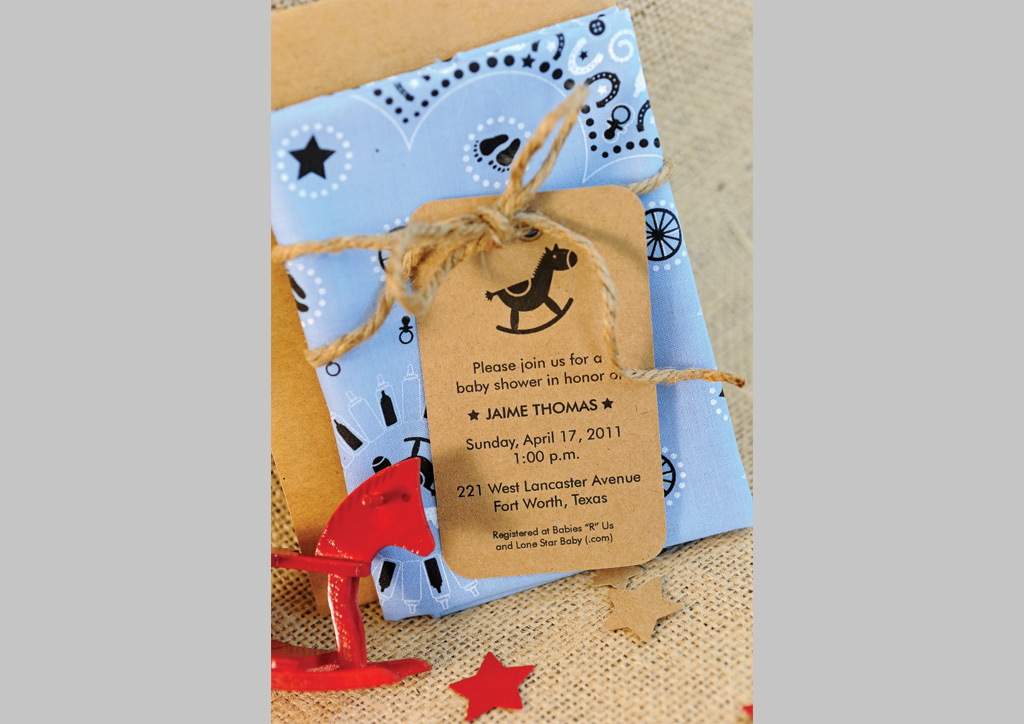 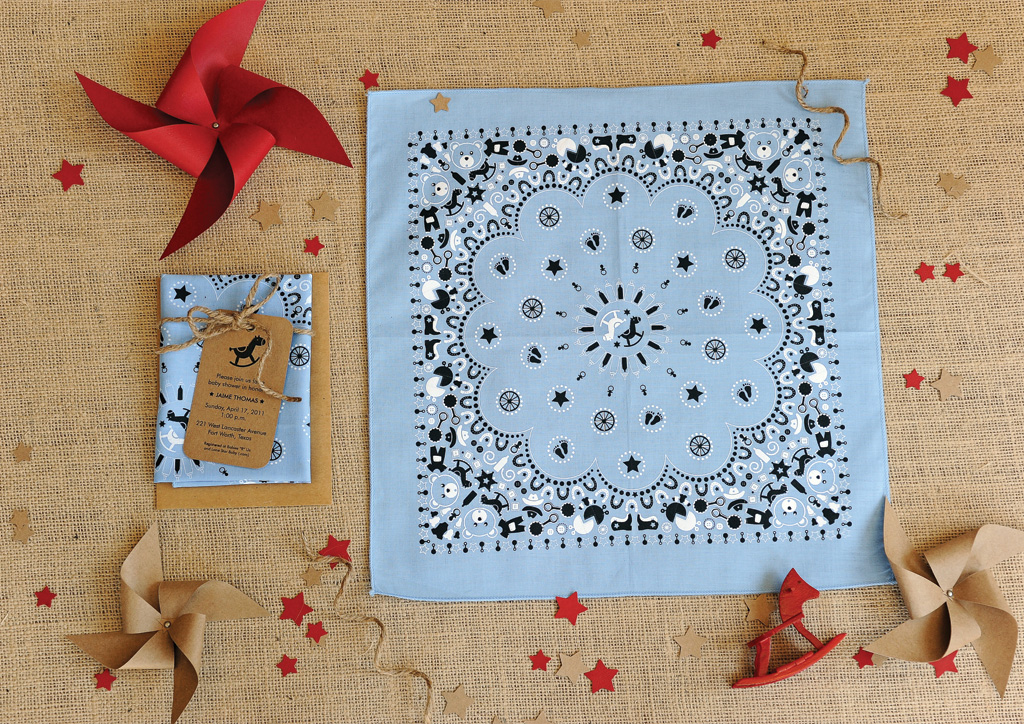 In Texas, there’s quite a sur­plus of west­ern themed events so when I was asked to design a baby show­er invi­ta­tion with just those guide­lines, I knew I had to reach a bit fur­ther. I want­ed some­thing that was del­i­cate but also a lit­tle rough around the edges. I used a stan­dard ban­dana pat­tern as a mod­el, replac­ing the pais­ley shapes and lines with baby and west­ern ele­ments. Just the right bal­ance of cutesy and cowboy.

I had originally planned on including the event details in the bandana design but the client unexpectedly had to go on bed rest in the hospital until her delivery. So once the shower date was determined, that would leave me very little time to have them printed before they needed to be mailed. We decided to go ahead with the concept but I used a hang tag for the details and the bandana served as more of a take-away for the guests.