The Brand New Awards is a judged competition organized by UnderConsideration, celebrating the best identity work produced around the world during 2012. The BNAs reward the most successful collaborations between a client and their designer, design firm, brand consultancy, or internal creative team. A panel of five judges convened in Austin, TX on March 22, 2013 to collectively select the winning entries to be included in this website and a printed book, published and distributed by UnderConsideration.

More about the 2012 Brand New Awards: 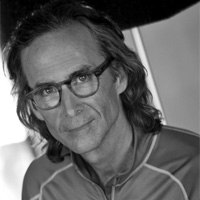 Joe is one of the most respected and sought after creative directors and thought leaders on branding and design in the world. Joe’s work includes brand and corporate identity development for some of the world's most admired brands, from Aveda to Coca-Cola to Sony to Jack in the Box to Susan G. Komen for the Cure, and most recently from Bacardi, Hallmark, Fisher-Price Toys, and Qatar Foundation. His work is regularly featured in leading marketing and design publications and exhibited around the world. In 2004 he founded Duffy & Partners as a new kind of branding and creativity company, partnering with clients and other firms in all communication disciplines. Also in 2004, he received the Legacy Medal from the AIGA for a lifetime of achievement in the field of visual communications. His first book—Brand Apart—was released in July 2005 and in 2006, he was recognized as one of the “Fast 50” most influential people in the future of business by Fast Company. In March 2010, Joe was honored with the AIGA Fellow Award for his many years of leadership in the design and business community. In addition to his role as Creative Director, Joe actively contributes to high-profile blogs such as Fast Company, Forbes CMO Network and in various design business outlets. 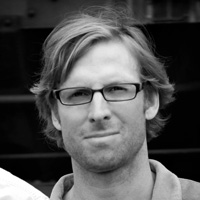 Greg is currently founder and co-owner of Loll Designs, a sustainable outdoor furniture brand that is high in design, low in impact on the environment, and socially responsible. Benson is also part owner of Epicurean Cutting Surfaces, a cutting board line sold in 5,000 retail stores and distributed to more than 50 countries. The company grew out of a desire to put skate park manufacturer TrueRide's scraps to good use. (TrueRide was originally owned by Benson, his brother Dave, and Tony Ciardelli and was sold in 2007 after 10 years and more than 450 skate parks). Loll Designs also originated from this mindset of using materials economically and ecologically. Benson's interest in Loll Designs, however, doesn't just end there. Passionate about design, Benson's initial sketches often become fully realized designs. Two of Benson's designs, the Cabrio Lounge Chair (2009) and Pliny the Lounger (2011), were honored with Good Design Awards by the Chicago Athenaeum. In his free time Benson experiences the joys and tribulations of raising three young children with his wife of 12 years. 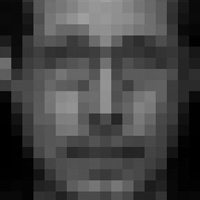 Rick has been influencing the design discourse internationally since 1988. He is a leading presence in design as practitioner, educator, and mentor. In 2011 he was awarded the best in communication Design Award by the Cooper-Hewitt, National Design Museum, an honor designated by the White House. The AIGA honored Valicenti the Medal in 2006, the highest honor of the graphic design profession, for his sustained contribution to design excellence and the development of the profession. He received the AIGA/Chicago Fellow in 2004, and has been a member of AGI (Alliance Graphique Internationale) since being invited in 1996. His work has been published in practically every major graphic design publication. A 356-page monograph on the thirst work was published in 2005 by the Monacelli Press titled, Emotion as Promotion. Throughout his career, Rick has publicly presented his works to over 100 audiences on six continents. 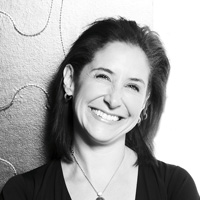 Laura joined her uncle's company, Maya Romanoff, in 1999 as Marketing Director and later took on responsibilities for global sales leading to substantial growth of the company's sales network internationally. Laura oversees all public relations, print, promotions, sampling, web content, and advertising, ensuring the marketing materials mirror the beauty of the company's surfacing material. Previously Laura served as Director of International Marketing for Tel-Ad, the largest commercial television channel in Israel. She was responsible for developing materials and relationships to lock in partnerships with The History Channel, E! Entertainment Channel, Fashion, and the Cartoon Network. She learned the dynamics of shaping a powerful and flexible brand by literally writing the book on Nickelodeon's brand. Laura currently serves on the board of Designs for Dignity, working to make design accessible to those who need it most. 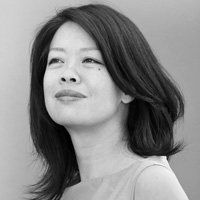 Karin, a director and designer, is a founding member of Imaginary Forces. She began her career with a stint animating for Where in the World is Carmen San Diego? She then found a niche in creating film and TV title sequences, earning multiple nominations and an Emmy for main title design. Her reel includes work for Boardwalk Empire, Charlotte's Web, Gossip Girl, and Ray, to name a few. Karin has also helmed spots for the likes of Herman Miller, Target, and Honda. Her work has since extended to non-traditional mediums, including cinematics for the Sony Playstation game God of War III and large-scale video installations for sites as diverse as Lincoln Center, Times Square, the Wynn Las Vegas, and the LA Opera. Karin's work has been shown at the Cooper Hewitt National Design Museum, the Pasadena Museum of California Art, The Wexner Center, Artists Space, The Walker Art Center, and in numerous publications about art and film.