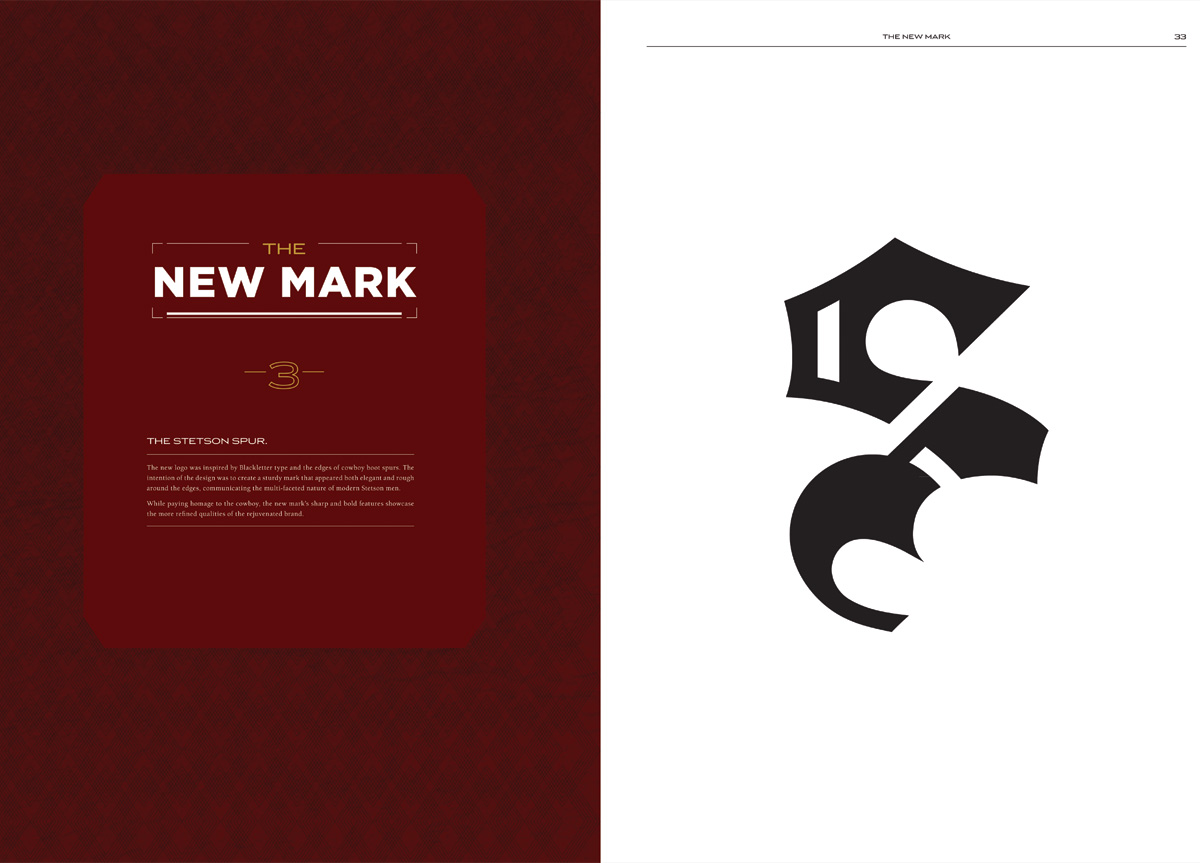 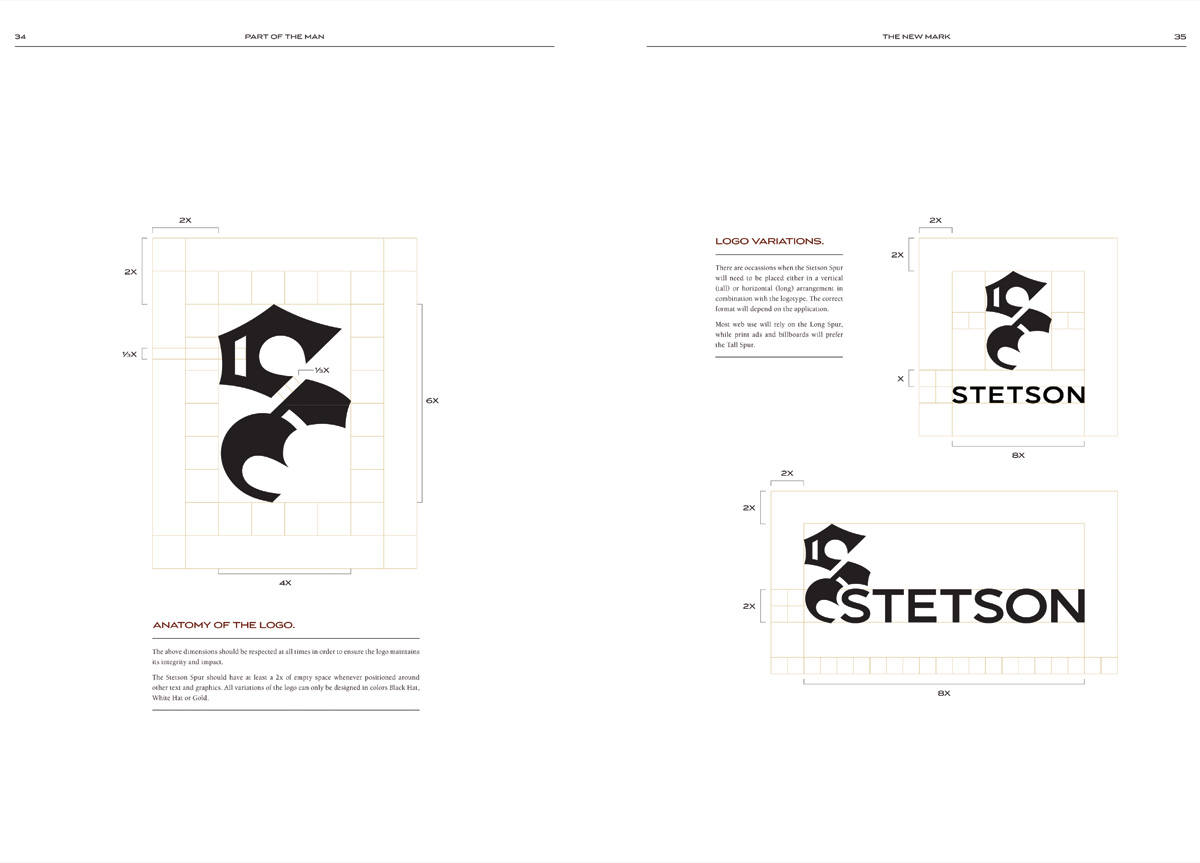 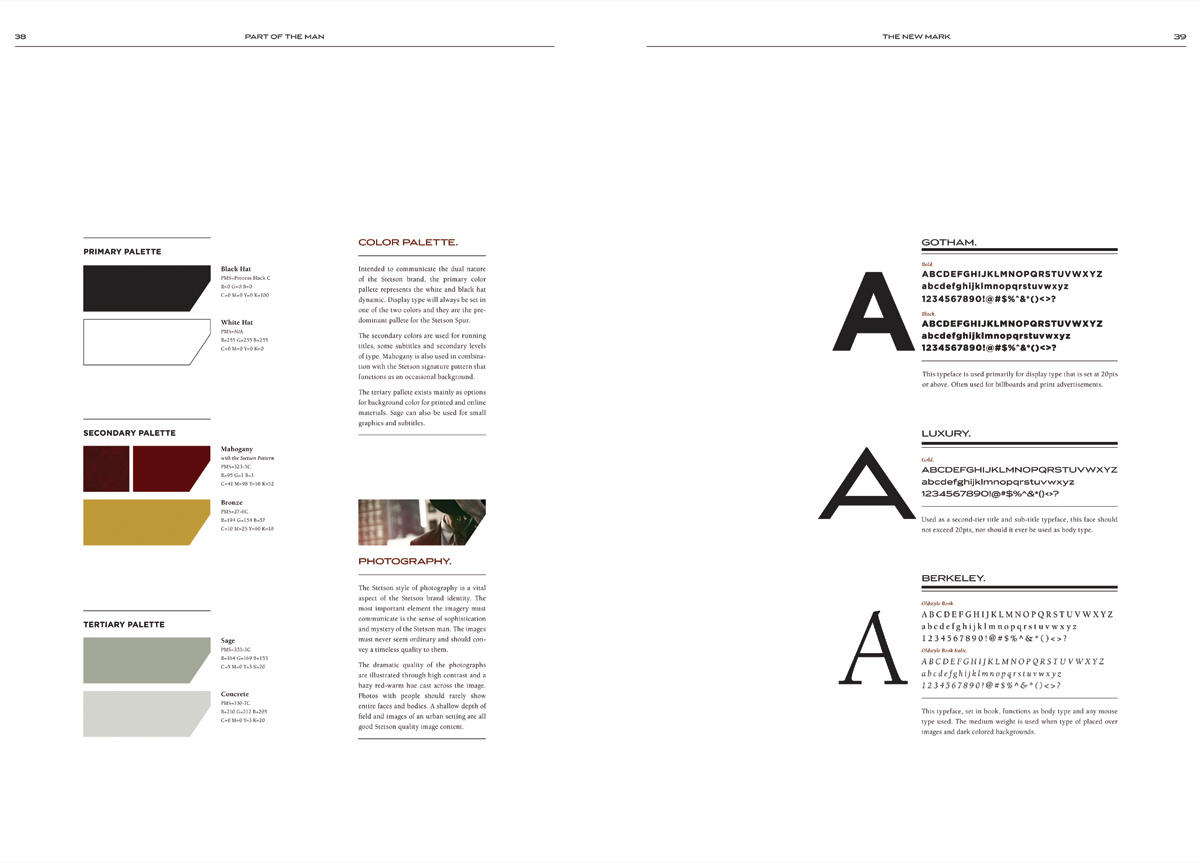 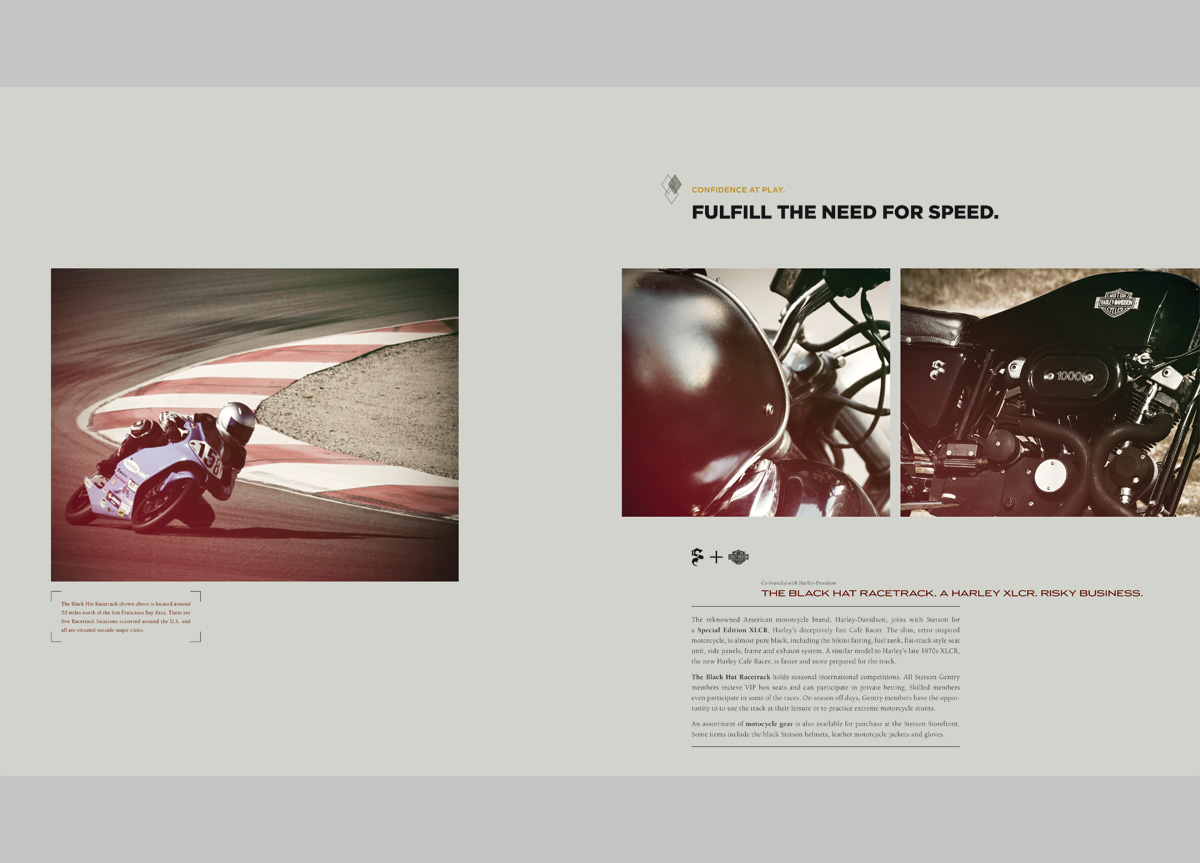 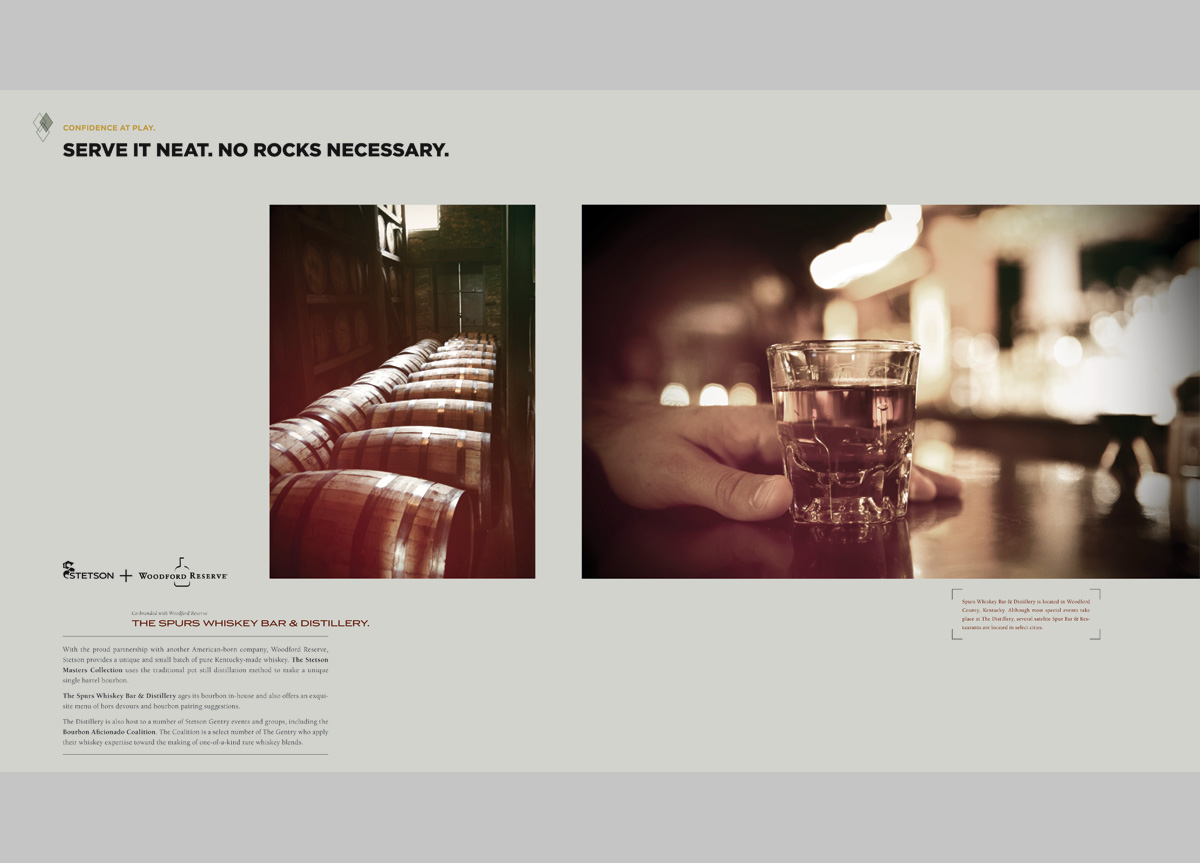 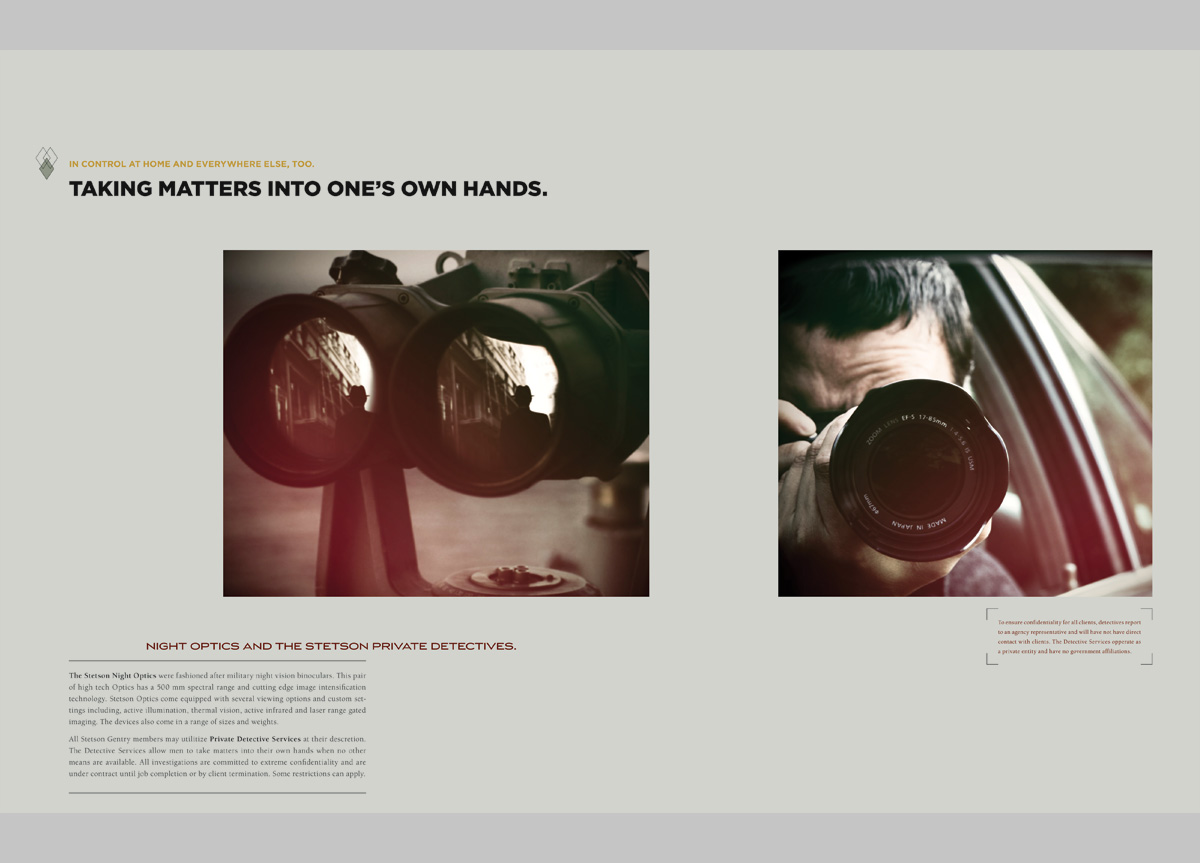 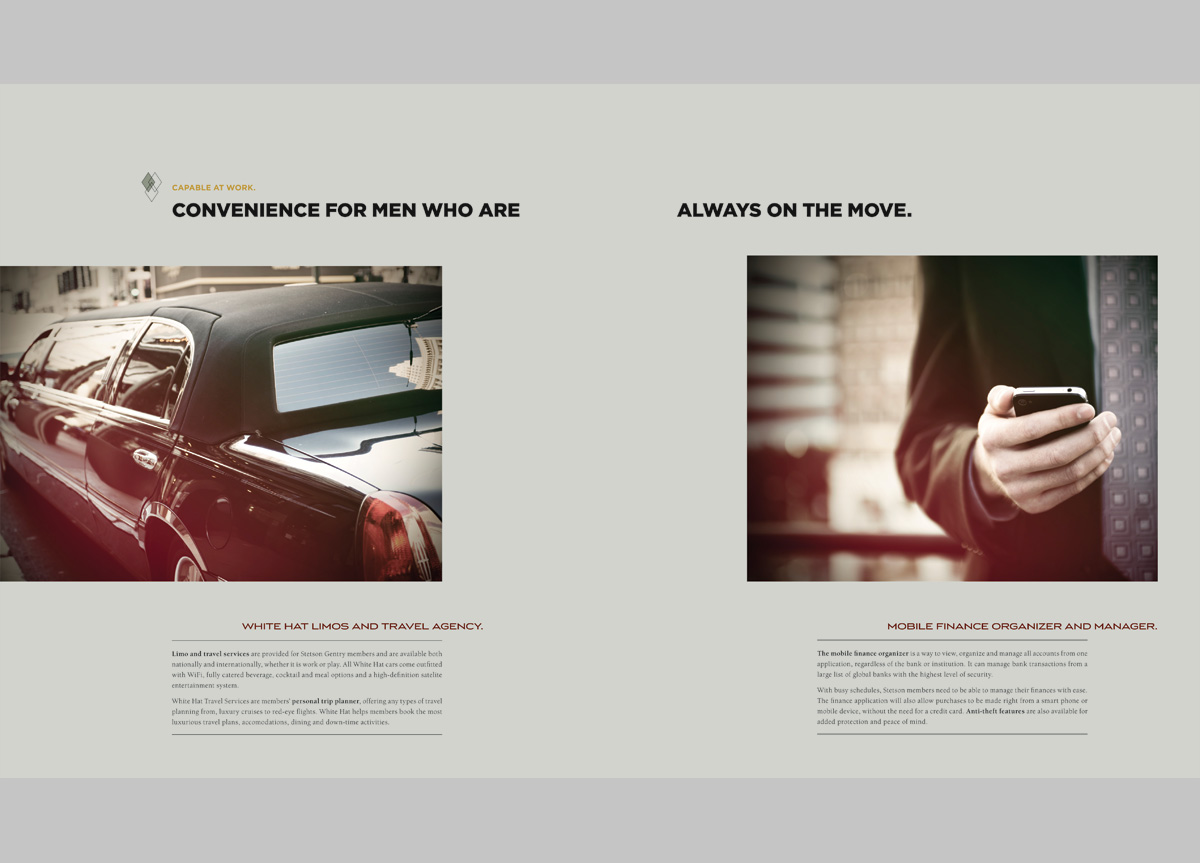 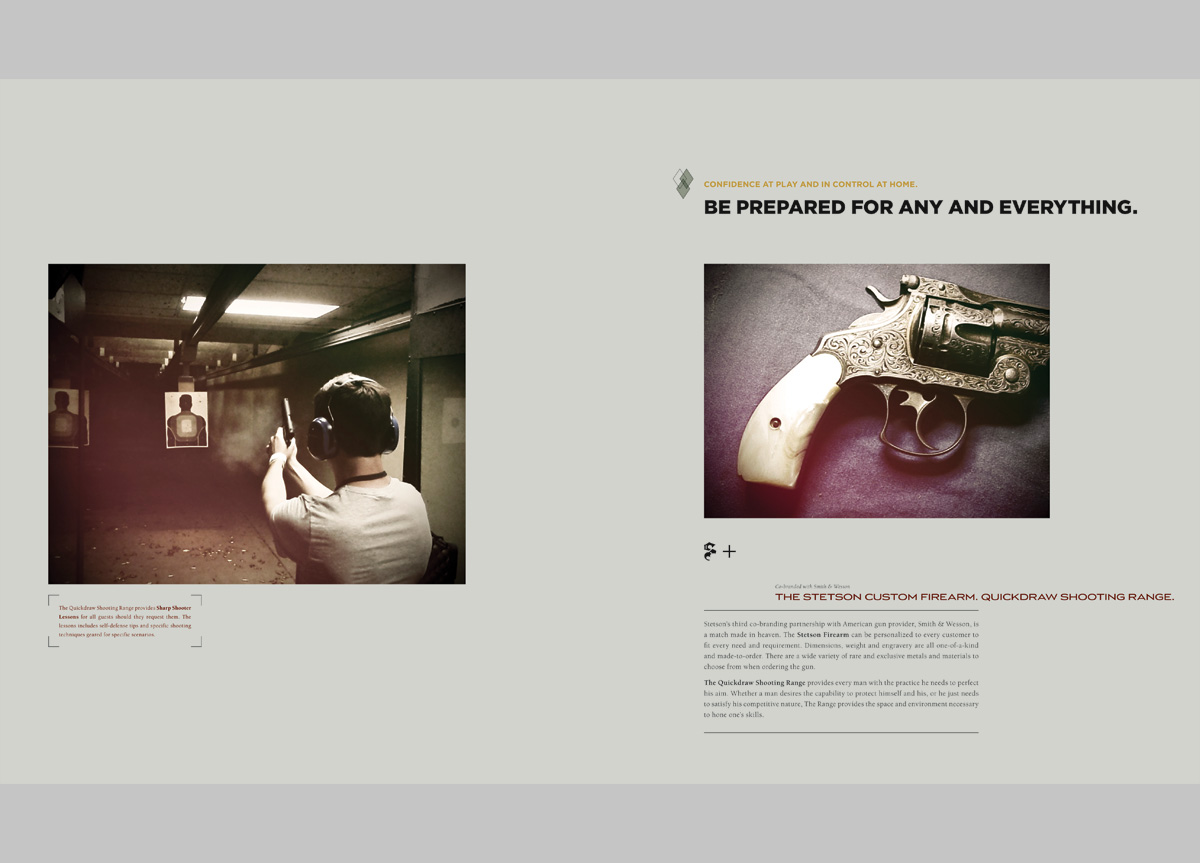 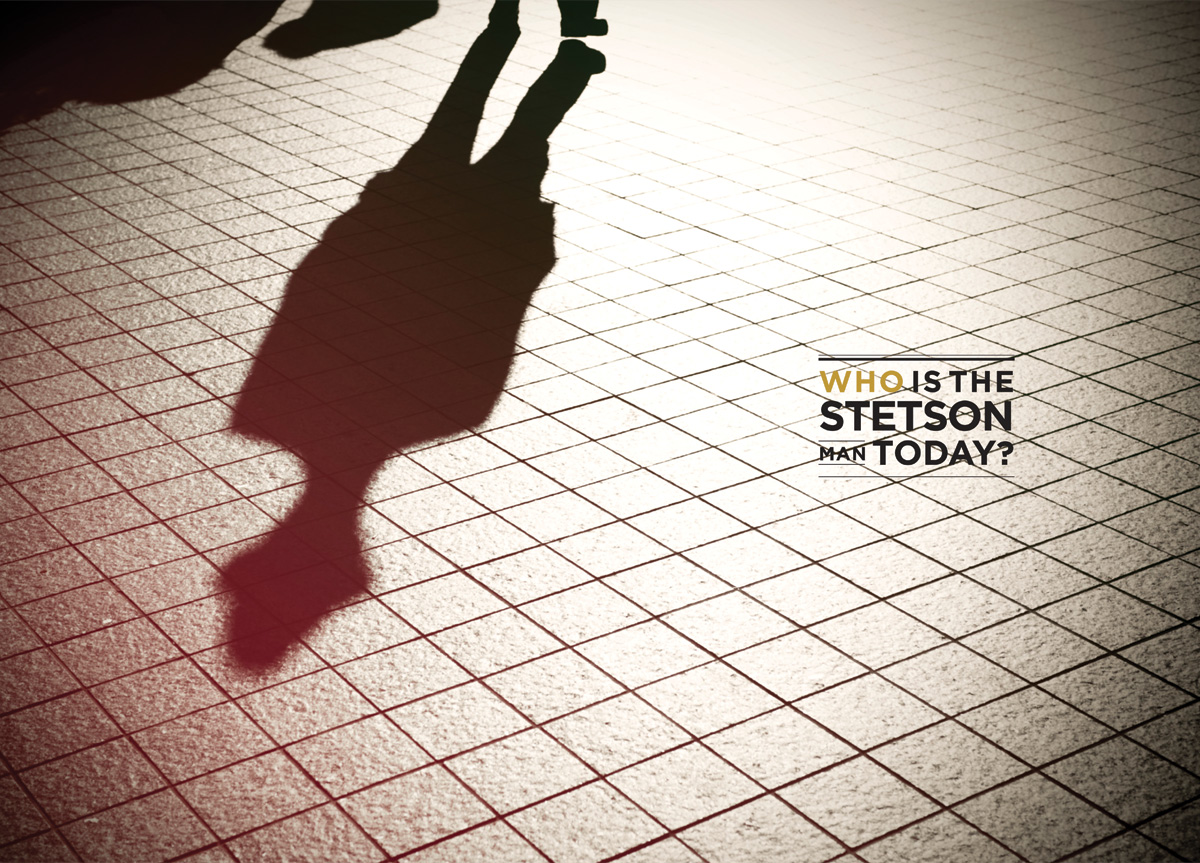 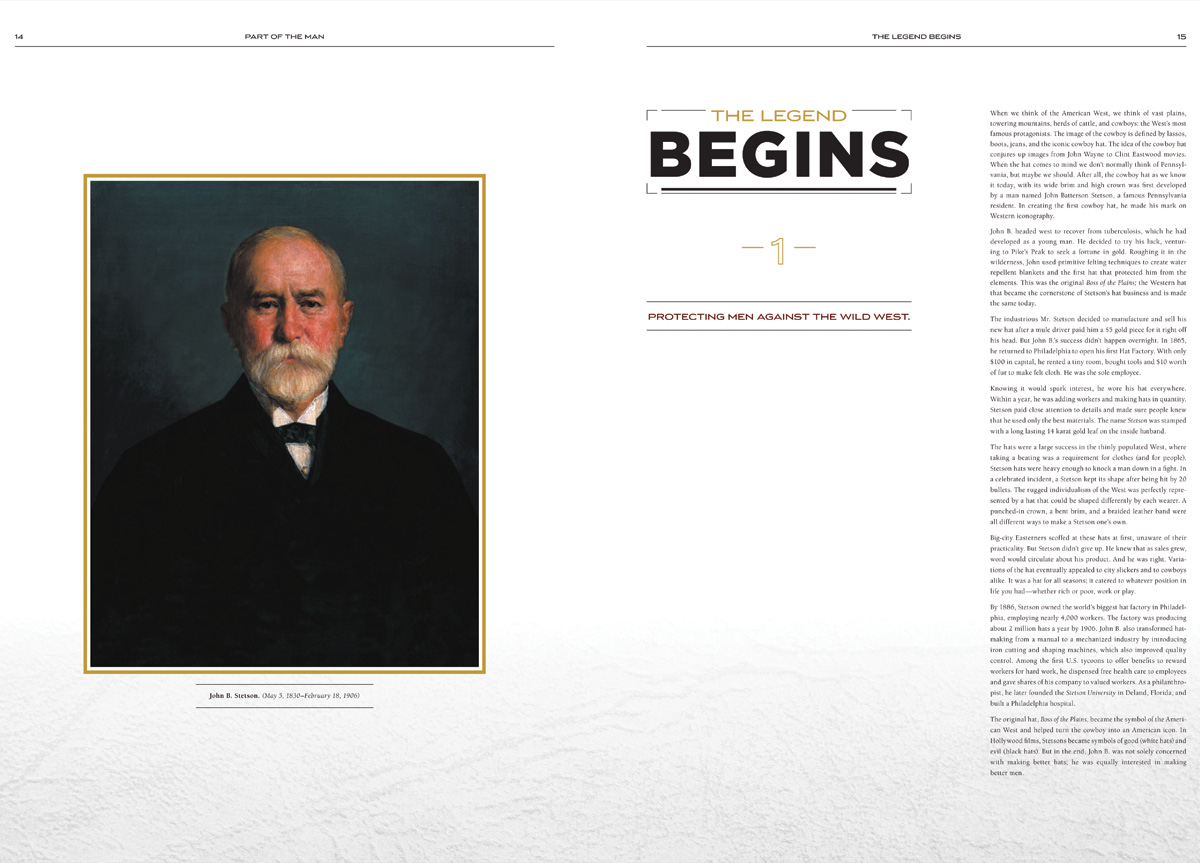 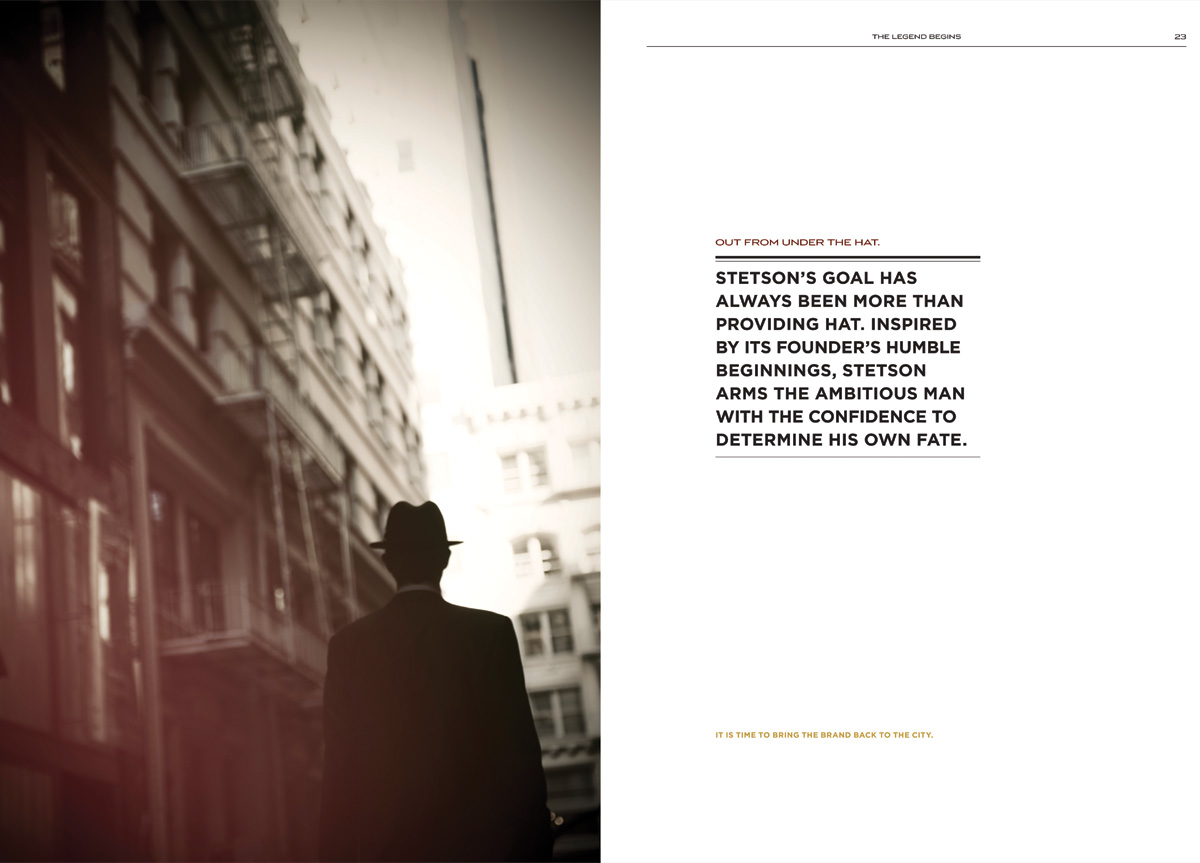 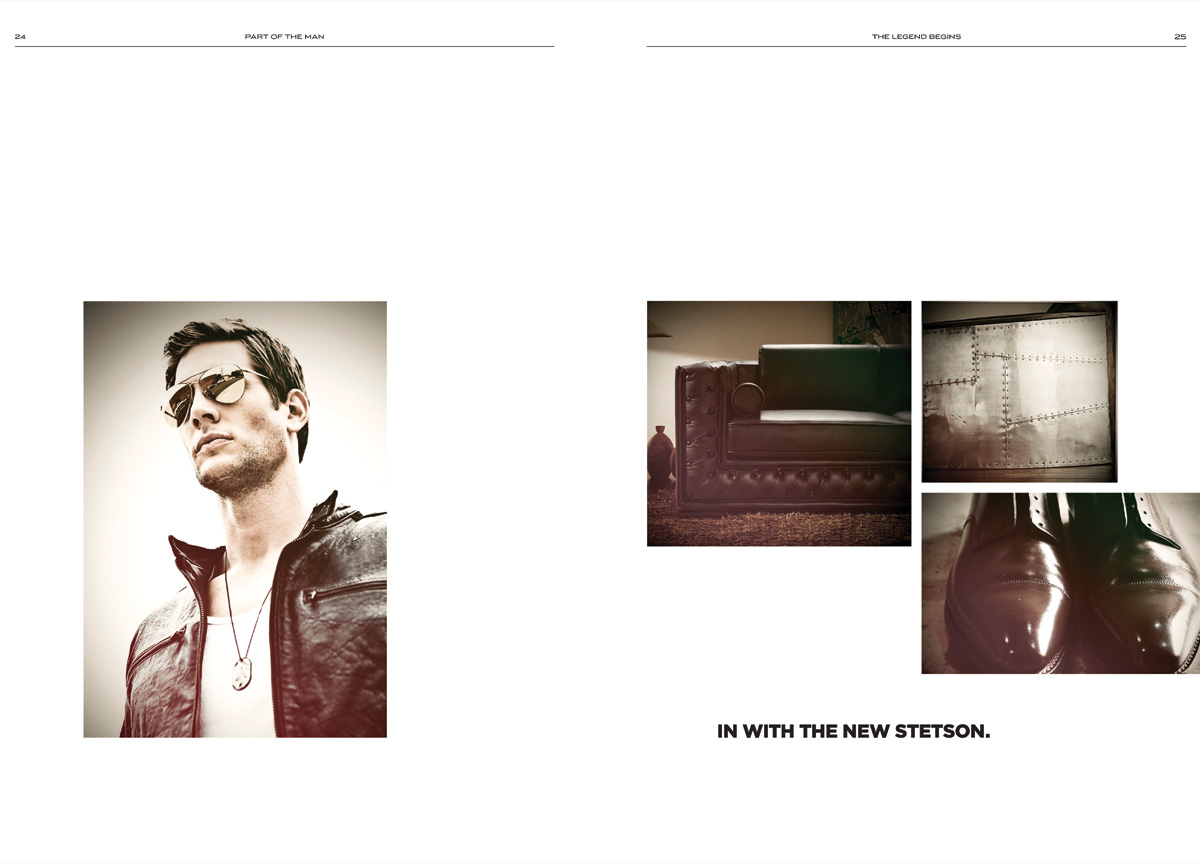 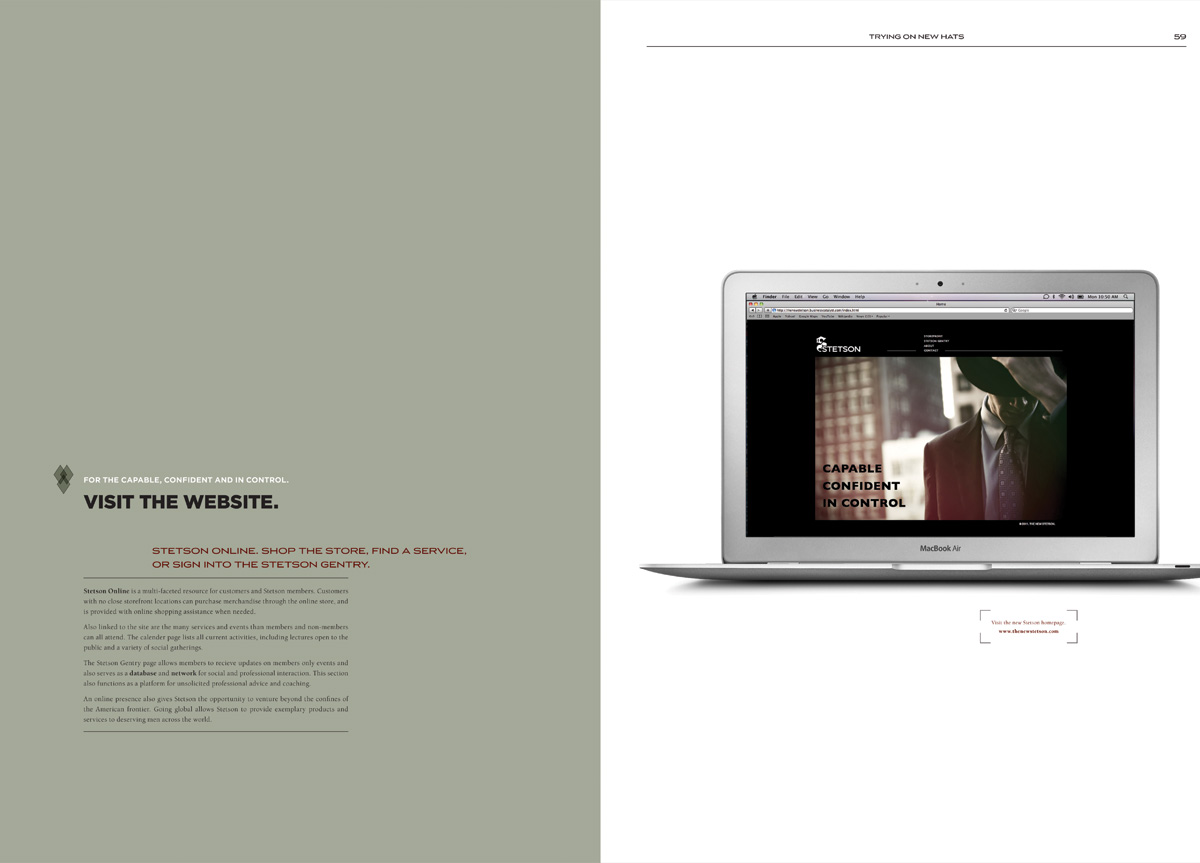 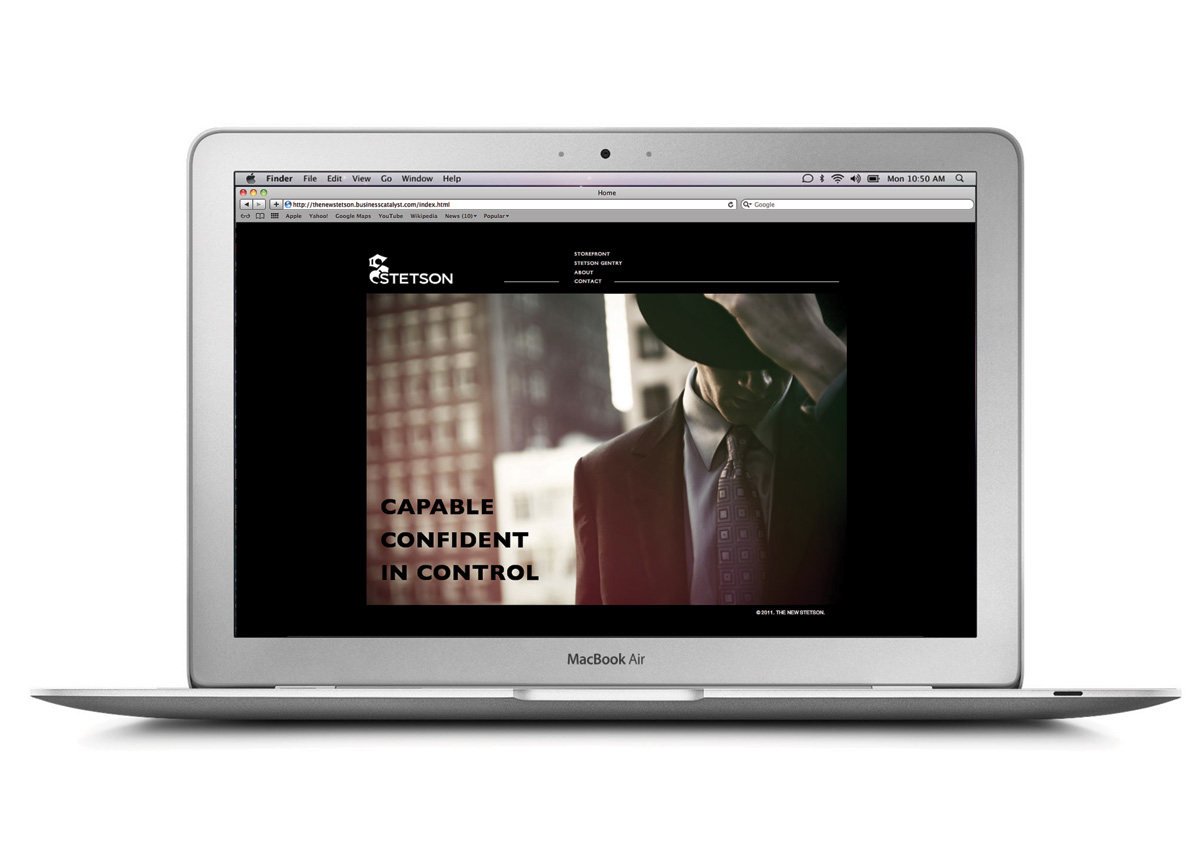 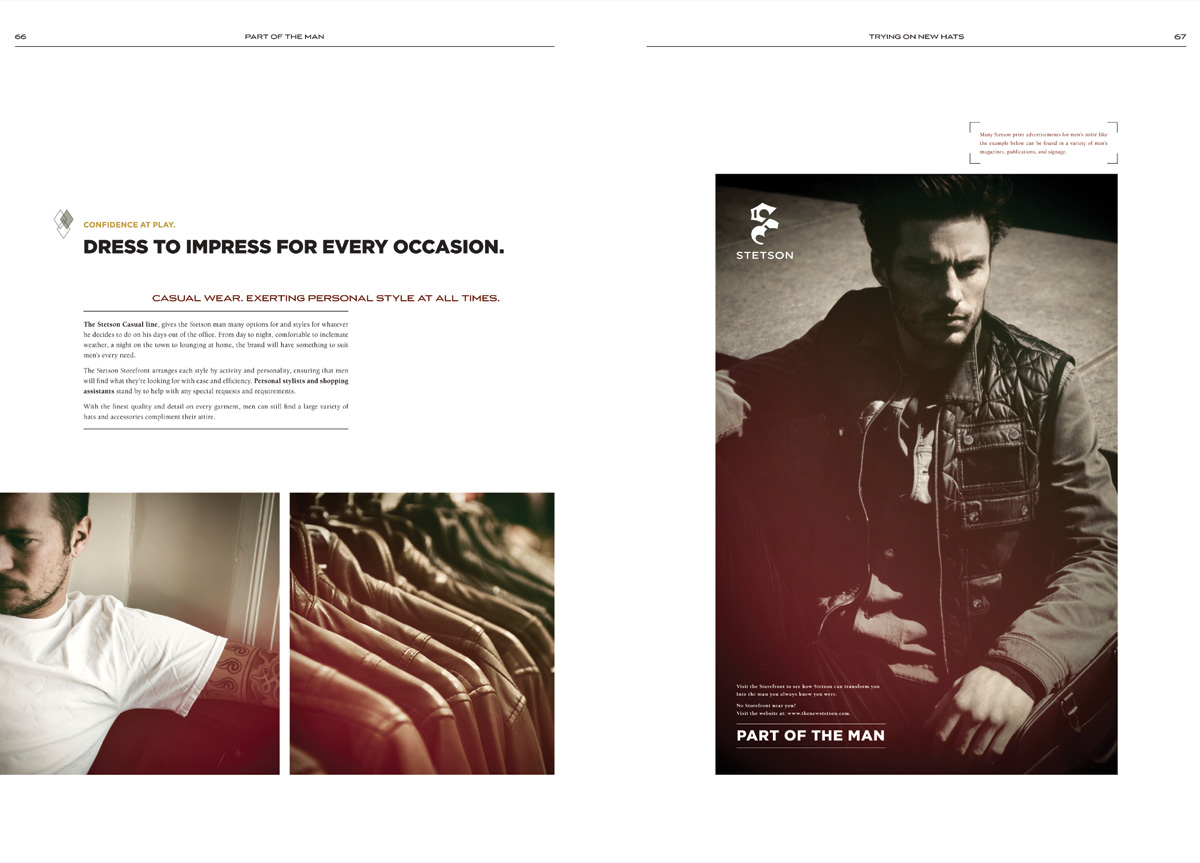 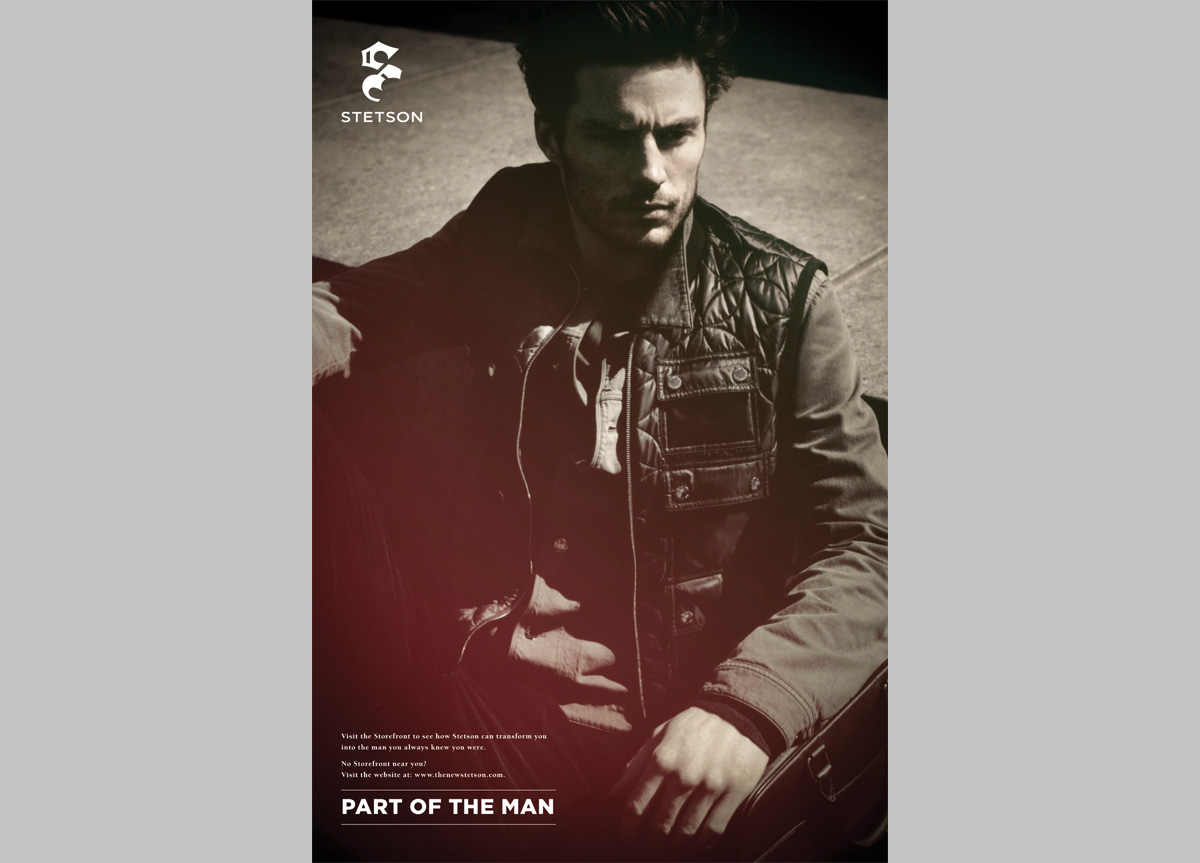 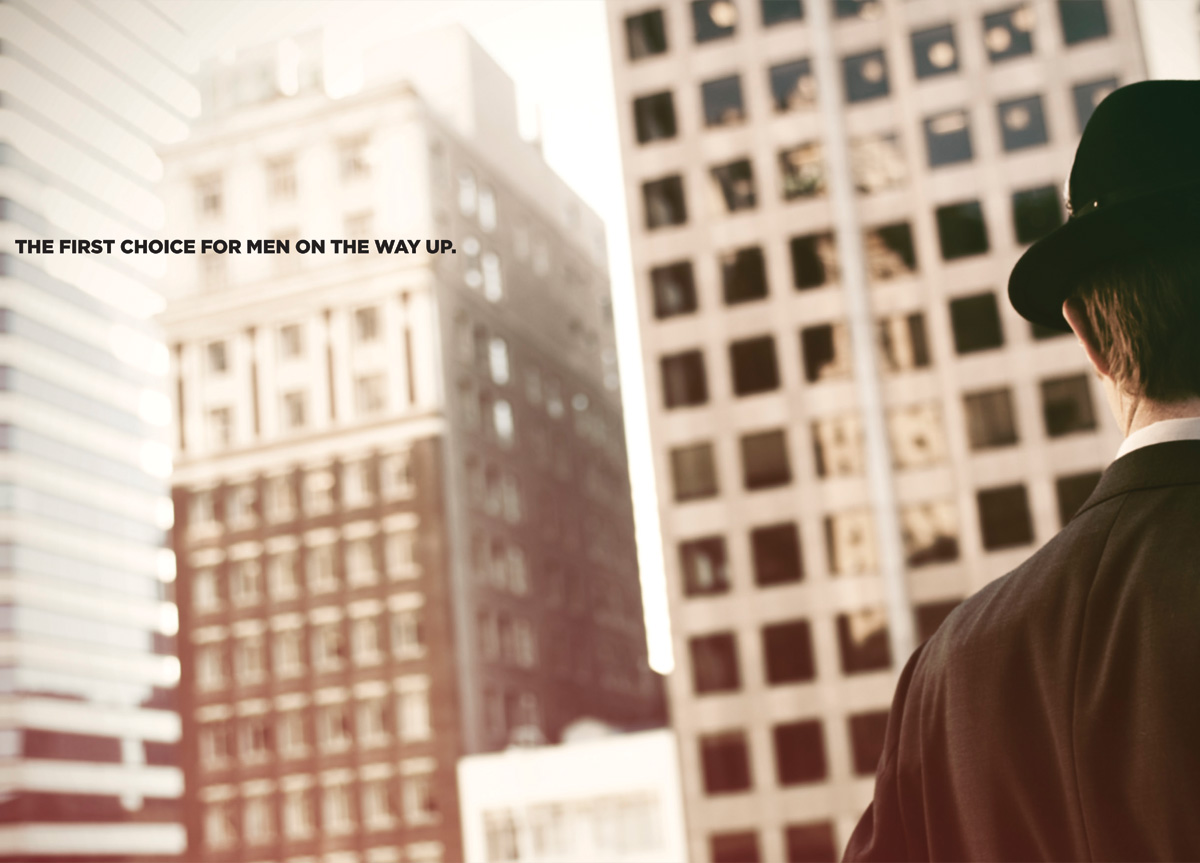 A brand that has been an iconic symbol associated with the Wild West and the American cowboy since the mid-19th century. During a time when a hat was an integral part of a man’s wardrobe, Stetson was synonymous with quality and style.

Stetson’s current reliance on the rugged American persona has limited it’s potential and their products have become convoluted and unoriginal. The challenge was to elevate the brand into new territories and reestablish Stetson’s strong sense of identity for the modern man.

From the beginning, John B. Stetson wasn’t solely concerned with making better hats, he was equally interested in making better men. Stetson’s new mission returns to the essence of John B.’s original goal—to arm the ambitious man with the confidence to determine his own fate. Capable, confident and in control are qualities the brand instills in its clientele. Targeting men on the way up, Stetson doesn’t question how you get there. The end result is a brand with both edge and sophistication. Stetson no longer sells hats; it sells services and a lifestyle for those who can afford it.

Nicole chose to take on Stetson, the iconic American hat brand, during an era in which men’s hats usually include sports-team logos. Given Stetson’s history and panache she saw Stetson as not simply a maker of hats, but a maker of men—and she recast the soul of her brand as one of modern masculinity. This opened new doors for an otherwise defunct brand. Although the newly crafted mark has the visual hallmarks of a pre-war brand, the way in which she brought the brand to life—through her own photography and storytelling—is a very contemporary approach. An interesting aside, a few months after the close of the semester, Nicole received a cease-and-desist letter from Stetson who was concerned about brand infringement. They apparently mistook her student project for a professional-level endeavor that might otherwise infringe on their existing brand equity. Looking at her project side-by-side with the current Stetson brand however, it doesn’t simply infringe, but usurps it. Thank goodness for the concept of “academic fair use”. — Hunter Wimmer, Instructor at Academy of Art University