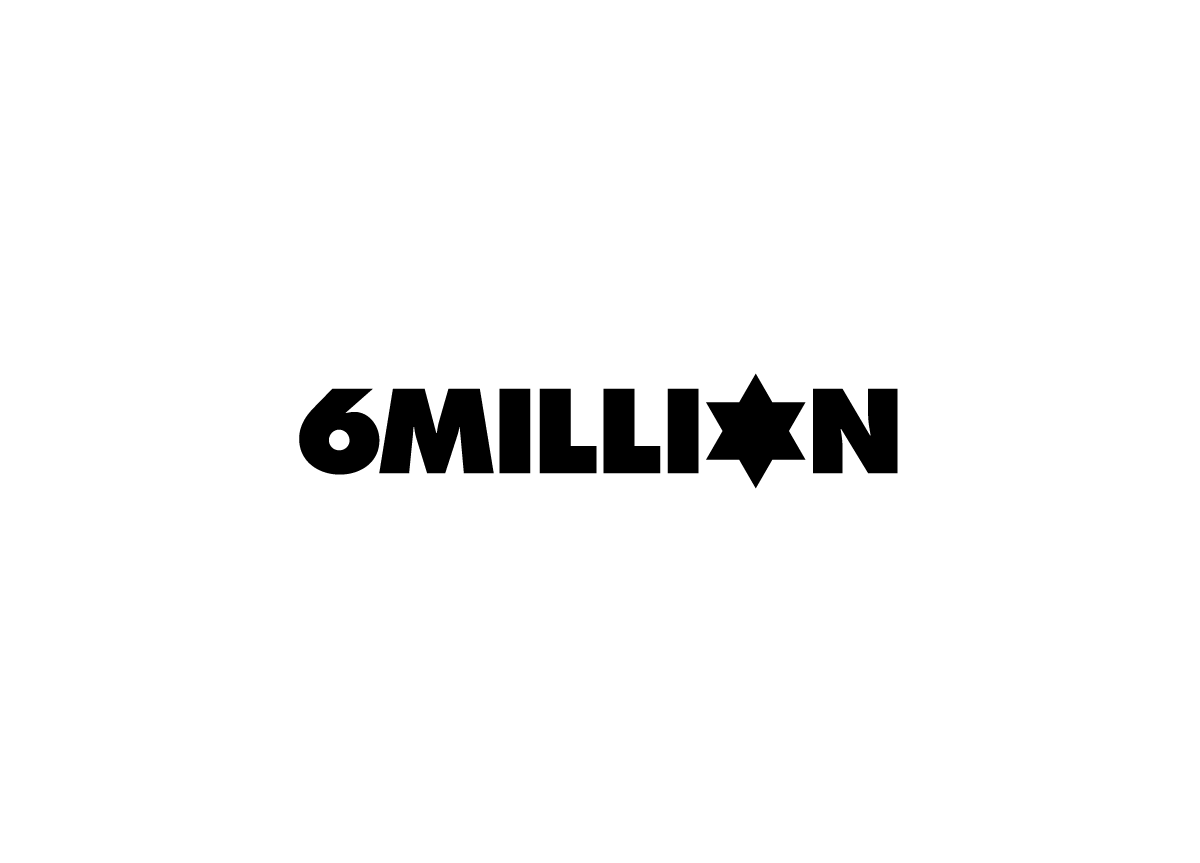 An ever-expanding global and viral movement of Holocaust awareness and activism against intolerance, culminating in a central web presence and at least six million written personal statements of commitment to take action in honor of the six million victims of The Holocaust.

Create a mark that has impact, clarity, and contemporary attributes. Project6Million had a lot of information that they wanted to convey, but I thought it would be better to let the content speak for itself and allow the logotype to act as an anchor for the brand.

Holocaust-related issues are relatively difficult to communicate in a positive way. I thought if we left the logotype semi-neutral, there was a way to give the slightest hint of where this number comes from. The number six million may be familiar to some people in its association with the Holocaust, but adding the star of David was a way to confirm this reflection.

Working with Jesse on Project6Million has been inspiring. With a keen talent for listening carefully to what we’re trying to do and attempting to articulate, he brings clarity through his design solutions. At every stage of the process, Jesse translated our ideas into beautiful, striking concepts which communicate the essence of our project, identity, and mission while pushing the boundaries of a delicate topic. In this collaborative project with some thorny disagreements about messaging, Jesse challenged our thinking, pushed norms, and brought disparate opinions to agreement with his work. As Project6Million launches, its visual identity is moving people to action—thanks to Jesse Reed’s awesome talent and work! — Sarah Singer-Nourie, Co-Founder of Project6Million