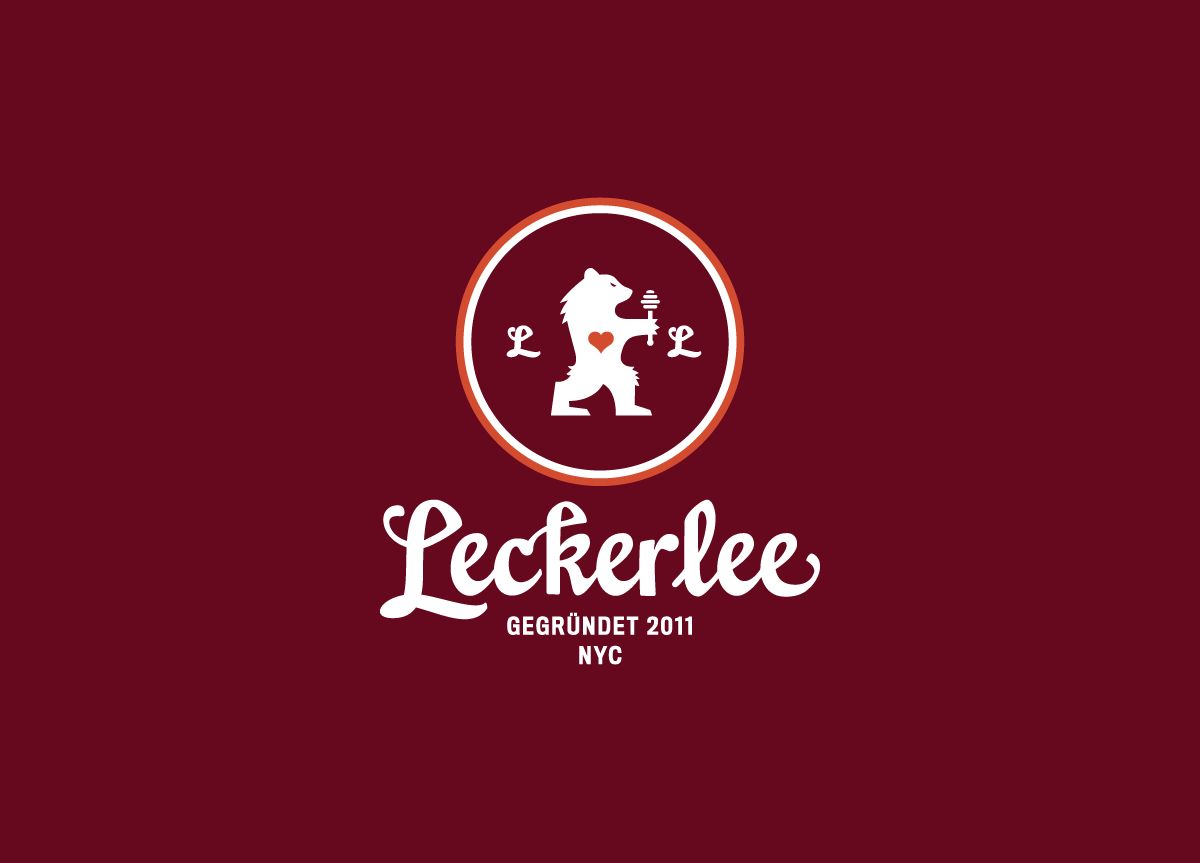 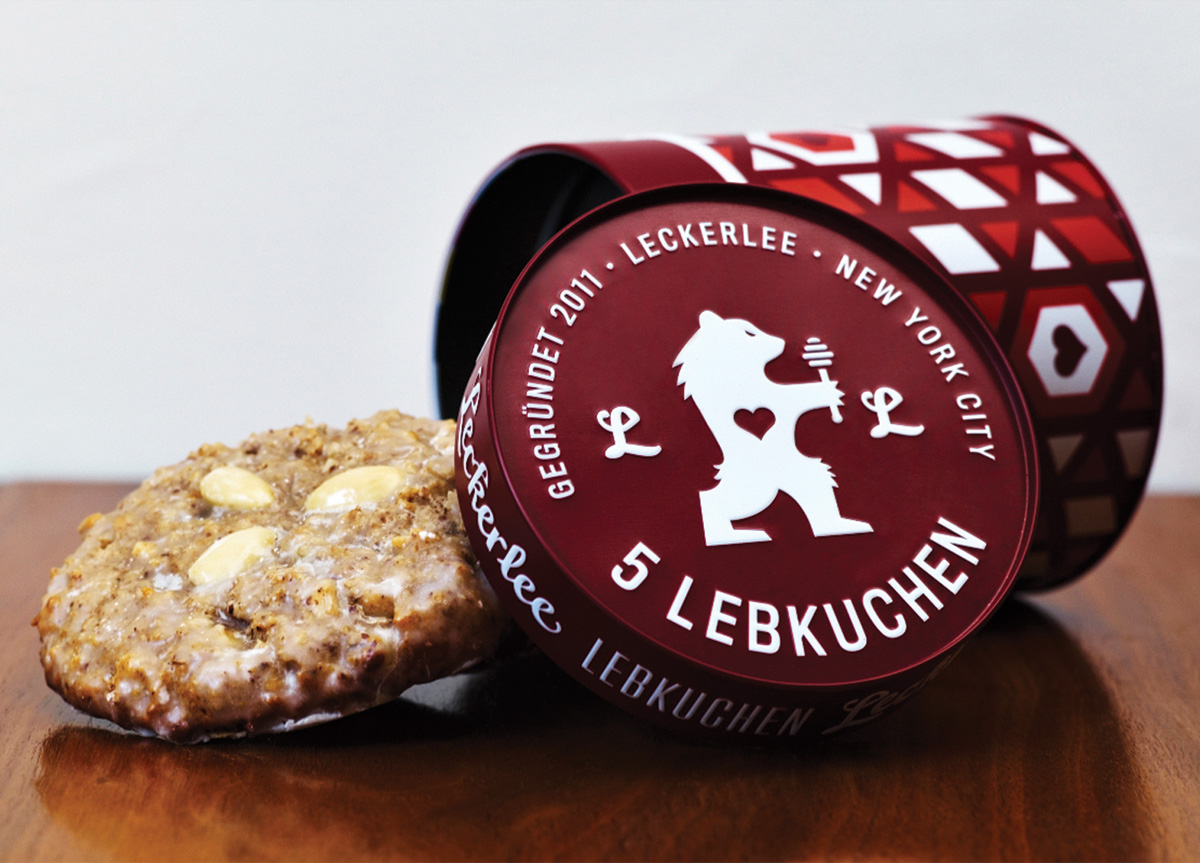 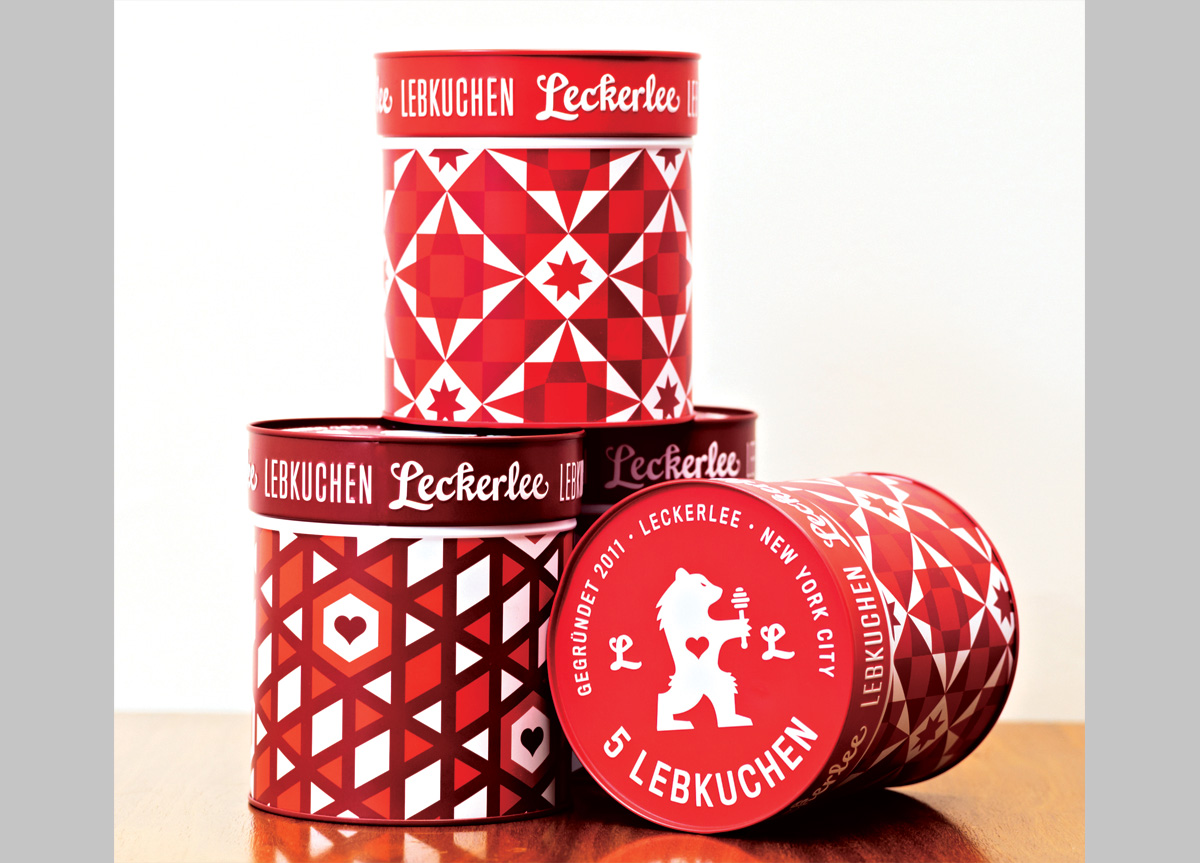 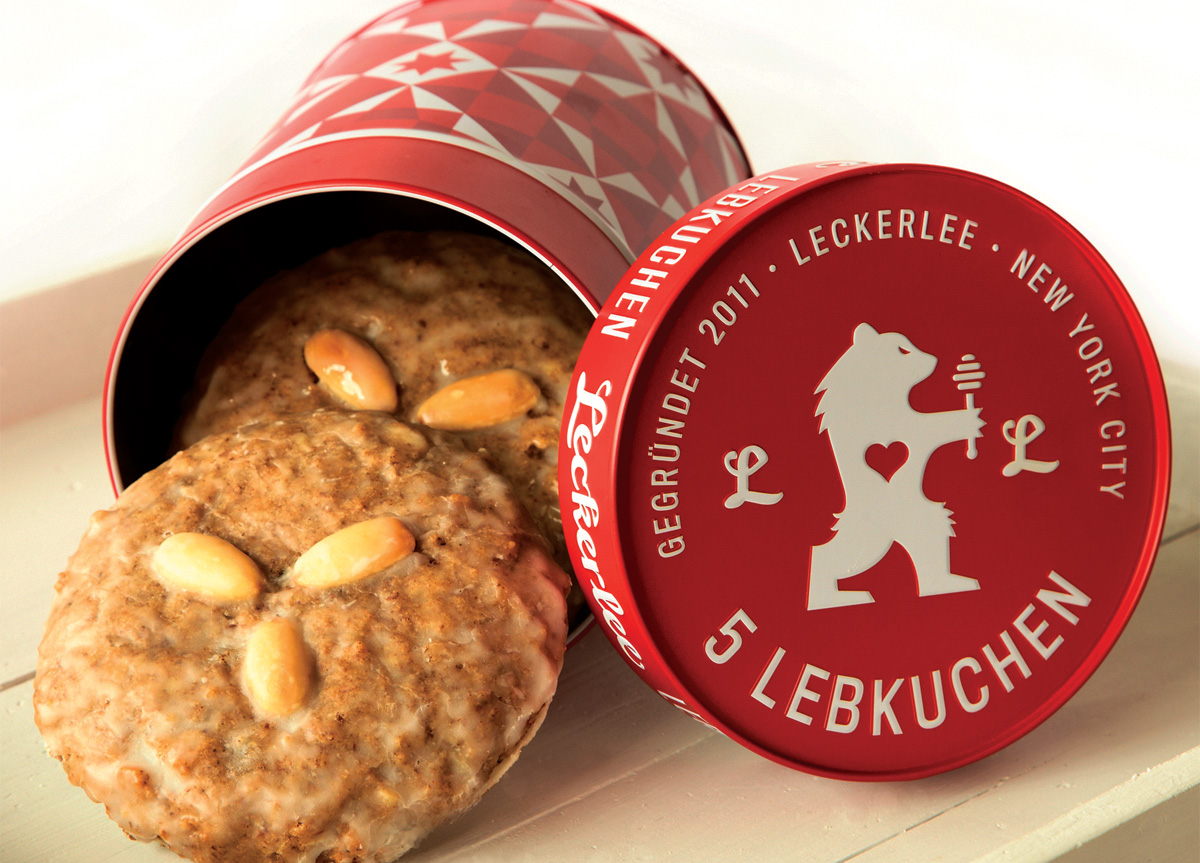 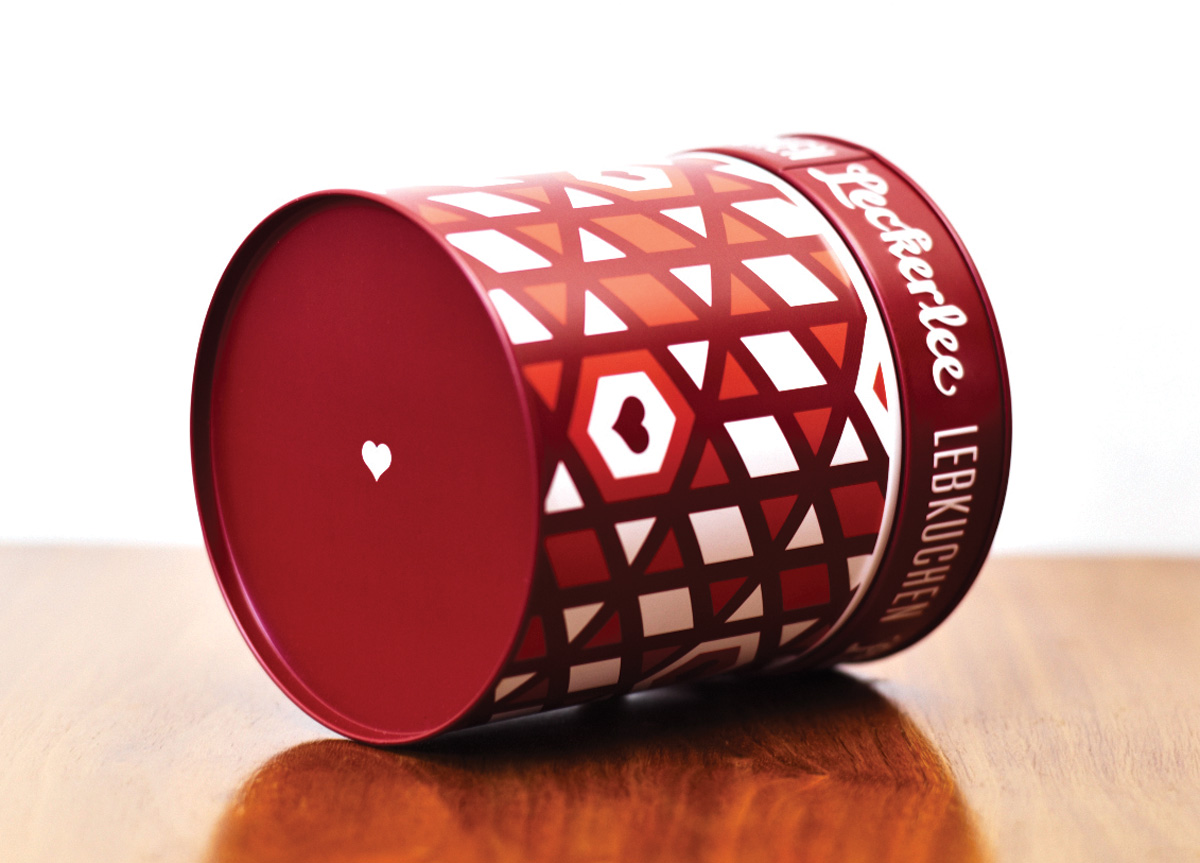 A spicy holiday cookie company which operates out of the Lower East Side in New York, NY. Leckerlee’s audience is not only people interested in unique baked goods, but also people buying gifts for dinner parties and holidays (and of course German expats excited to indulge in these German treats so far from home).

Reminiscent of gingerbread, Lebkuchen are traditional German cookies which have been sold in elaborate, decorative tins for over a hundred years. Leckerlee needed a brand identity and packaging deeply rooted in the history of these spicy, oversized cookies which are typically sold in Germany and other parts of Europe during the holidays.

Honestly, the challenges were few; there is an enormous wealth of historical Lebkuchen tins, stores, and towns from which we pulled our inspiration. We used traditional Lebkuchen tins and other antique German confection examples as a groundwork for the logo, iconography, and patterns. Bears are a sentimental animal in German culture, creating visions of small town Christmas and warming foods. An upright script logo, paired with traditional grotesque typography and holiday motif patterns complete this distinctly German identity.

I wanted the identity for Leckerlee to reflect the rich German/European heritage of my products, but in an updated way to reflect both the company’s New York City background and my own design preferences. From the countless, varied inspirational images that I collected while living in Germany, Strohl culled three distinct design directions. The final design was a pitch-perfect visualization of the company I had been conceiving for several years. The immediate and overwhelming consumer, wholesale, and media response that I received upon launch is a testament to the success of this branding project with Strohl. — Sandy Lee, Owner of Leckerlee