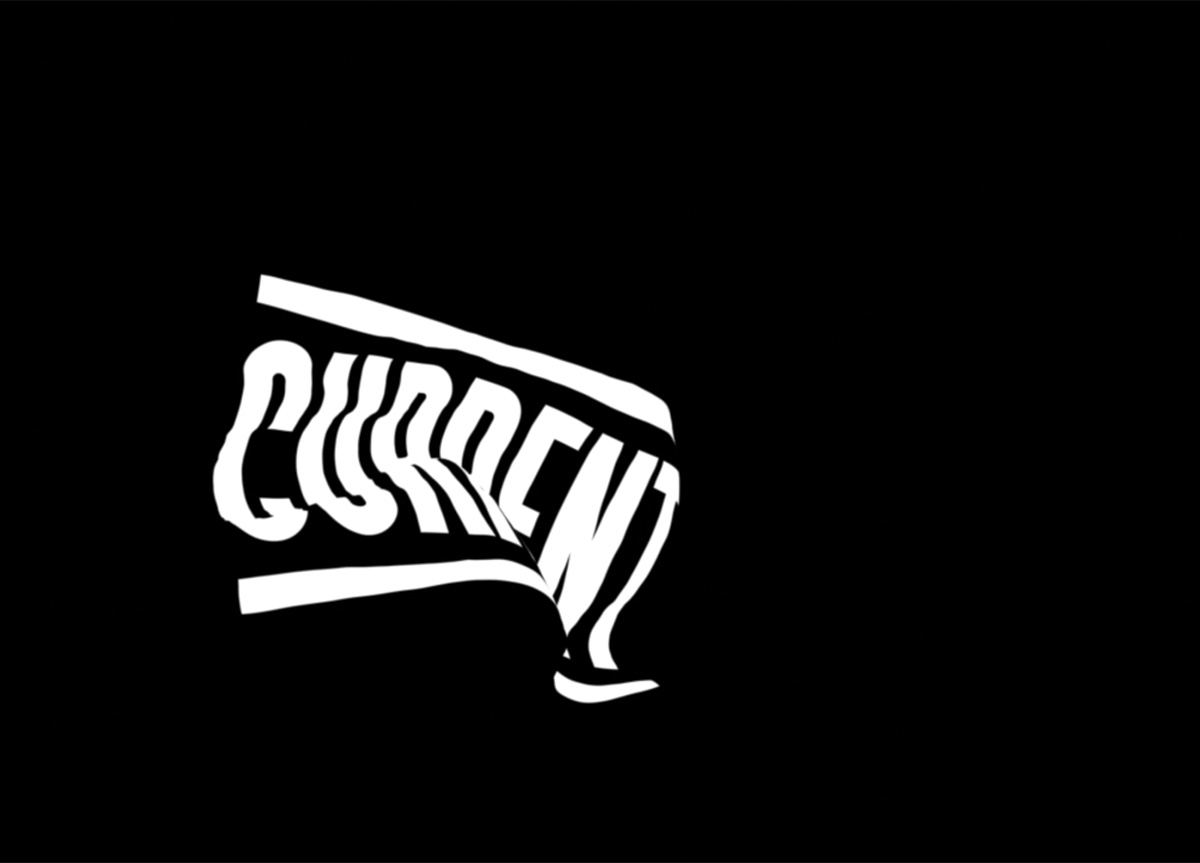 A Peabody and Emmy Award-winning television and online network that features the best in political commentary and news analysis, founded in 2005 by Al Gore and Joel Hyatt. The network is dedicated to providing insightful analysis of issues while delving into stories to uncover how they affect people.

Over time the brand felt competition from other digital news sources. By 2010, Current felt anything but. The network needed an extreme statement to indicate a new direction and reassert its reputation as perhaps the only truly independent voice on TV.

The result—a black and white flag in motion—is bold, disruptive and alive with a raw, unapologetic font. These combine to make an identity that stands out in a category full of color, expressing a brand with a strong point of view and flying the flag for cut-through programming. The logo makes the brand relevant and forward thinking and has given employees new focus and confidence. Bold and innovative, this moving logo is changing the way we think about logos, and is propelling Current into the future.

After six years, Current TV decided to evolve the brand to speak to a wider set of values we shared with our audience. We chose Wolff Olins based upon their reputation as brand architects who would push us out of our creative comfort zone. The end result was stunning and the new brand identity revolutionized our thinking about what the company could achieve and be known for. — Michael Streefland, Senior Vice President of Marketing of Current

Current TV’s flag animation is moving and powerful. The restraint used by the design team reinforced the credibility of the TV station’s broadcast content. — Ellen Glassman

The Current on-air identity is terrific, important, and right for the brand. The animations serve the campaign perfectly, but I think the project is really just identity-design-that-moves, and as pure animations they are not especially interesting. — PAULA SCHER

The combination of the audio and the video clips that were used, and the strong message and opinion behind it, were enhanced by the use of the flag-based Current logo. Really well done, without the use of current, prevalent “broadcast graphics” with swirling type, colors and 3D. — Michiel Schriever

The waving flag is the perfect metaphor for the channel’s mission of democratizing “citizen journalism.” The flag animations make everything feel like it’s happening in real time. — BRETT WICKENS