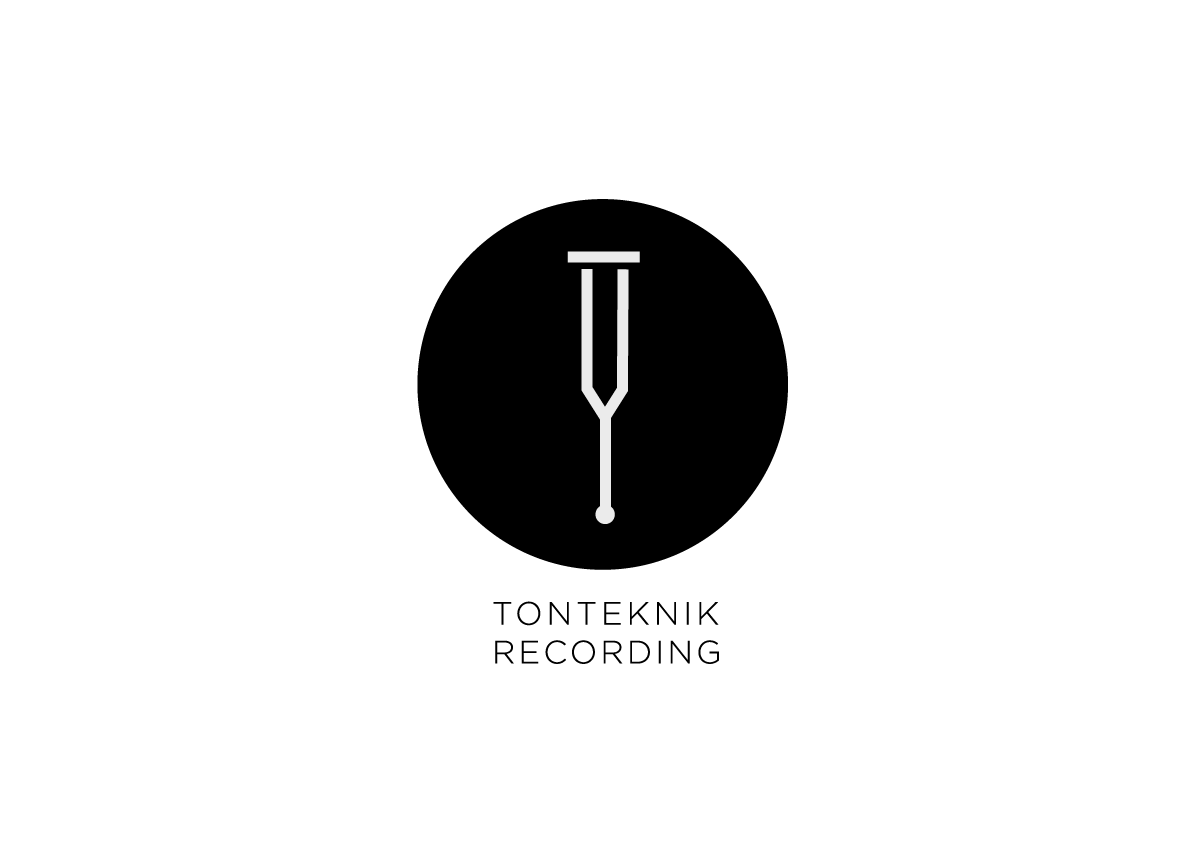 A recording studio and label based in Umeå in the northern part of Sweden. Despite being a small studio the clients come from all over the world. Noticeable recordings are the final album of legendary band Refused.

A new identity that would take them from past glory to a more present- and future-shaped one. No specific brief other than the wish for a fresh start for the future.

I have a past history with the studio since numerous albums that I once loved were produced there. That led to simplifying the core business of Tonteknik (“tone technique” in English) into its smallest form, the tone. I wanted a more modern and clean look and therefore I researched into the field of tuning forks because I had one clear idea from the start that involved the fork and a typographical solution. The final solution created a strong symbol that took the studio from a non-existing profile to a witty, music related modern one.

The logotype was nothing we expected but at first sight it felt right on the spot for what we have become and also what we would like to achieve in years to come. Clever, modern and aesthetic. To some extent a bit like we always felt in our own process. — Pelle, vice president of Tonteknik Recording