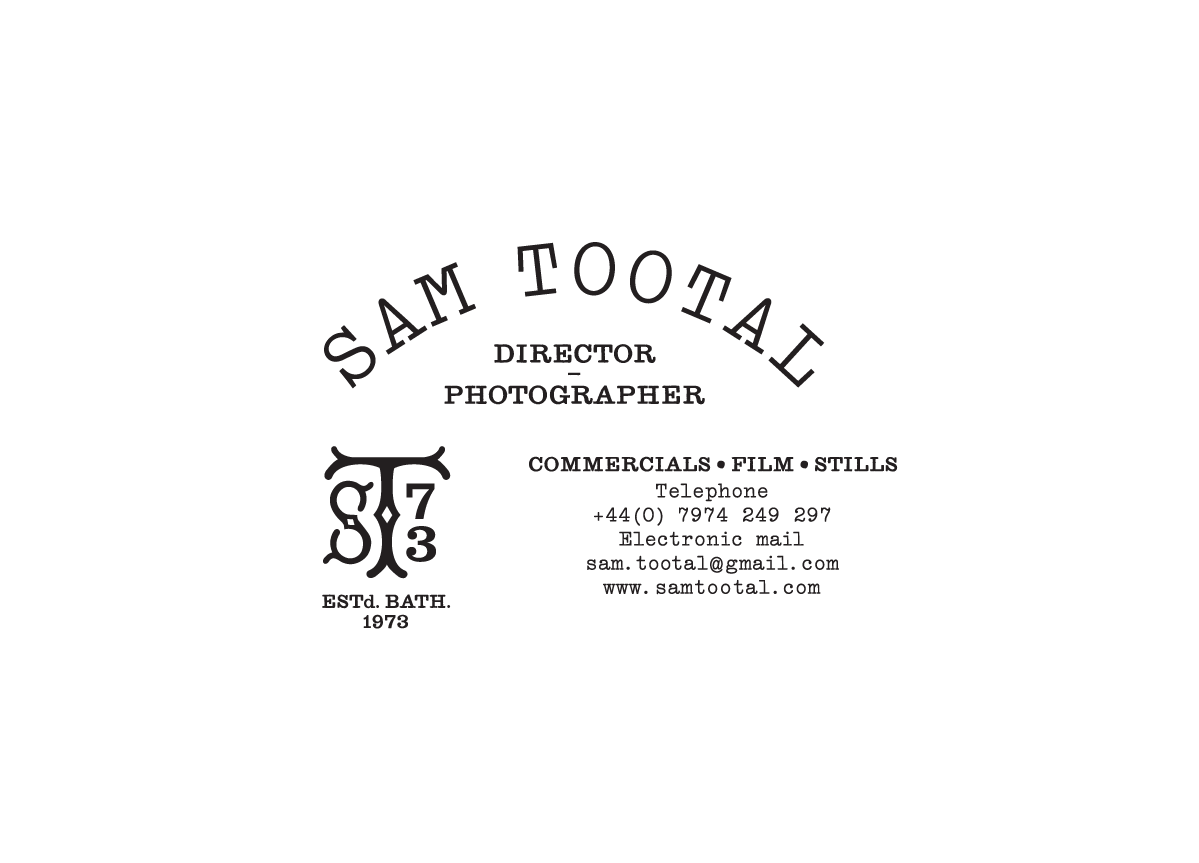 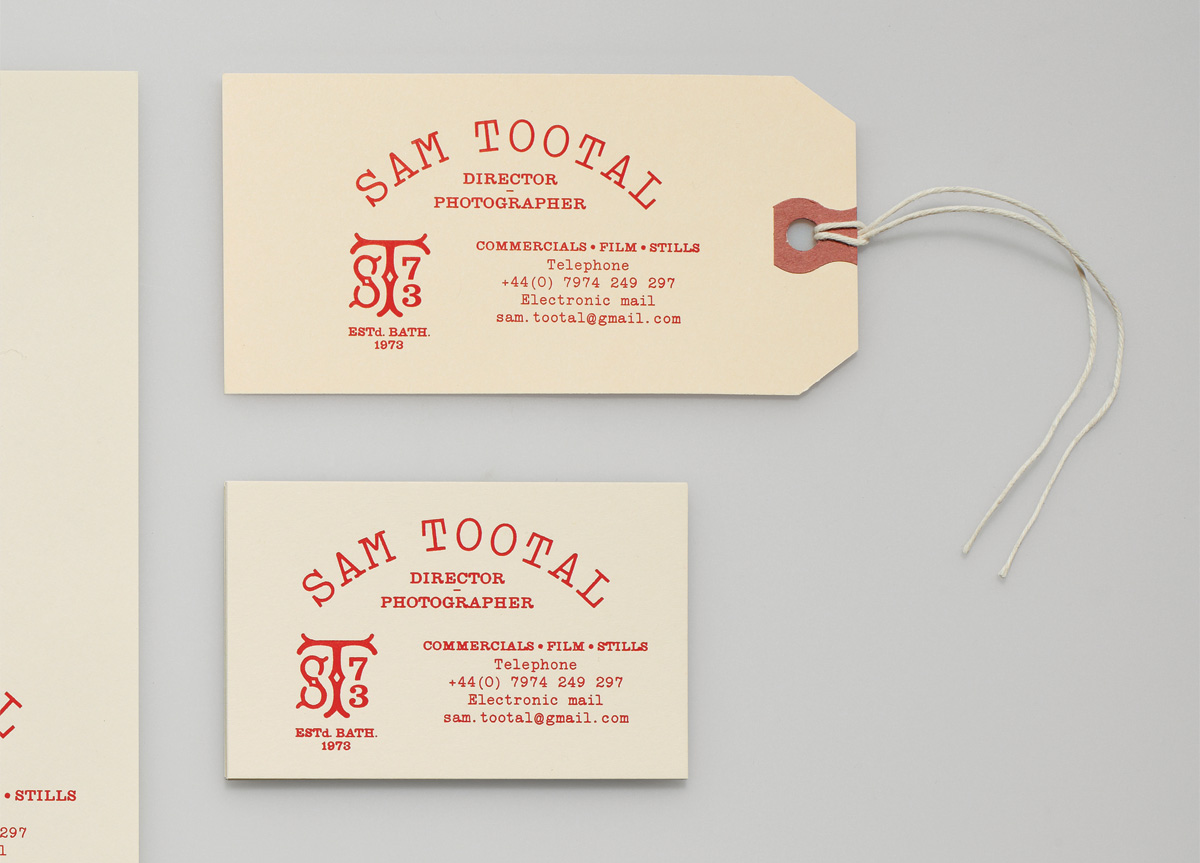 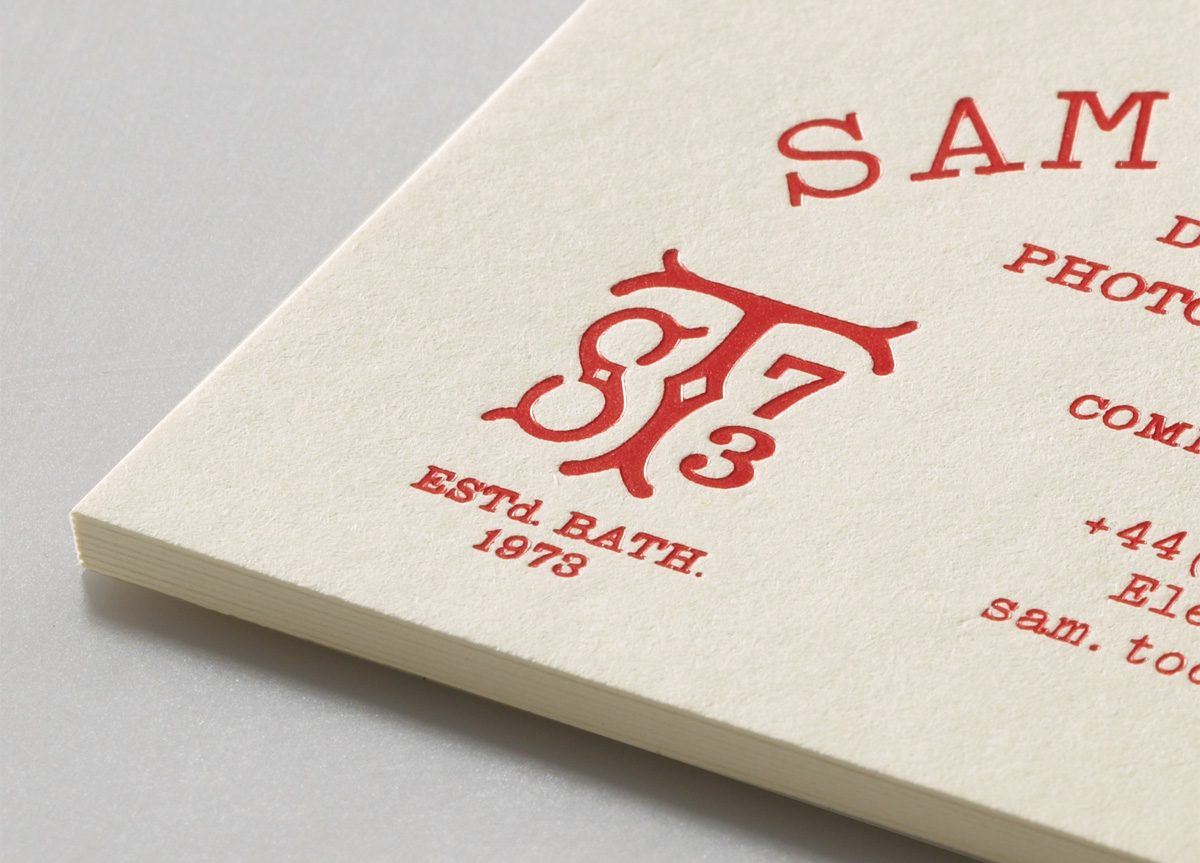 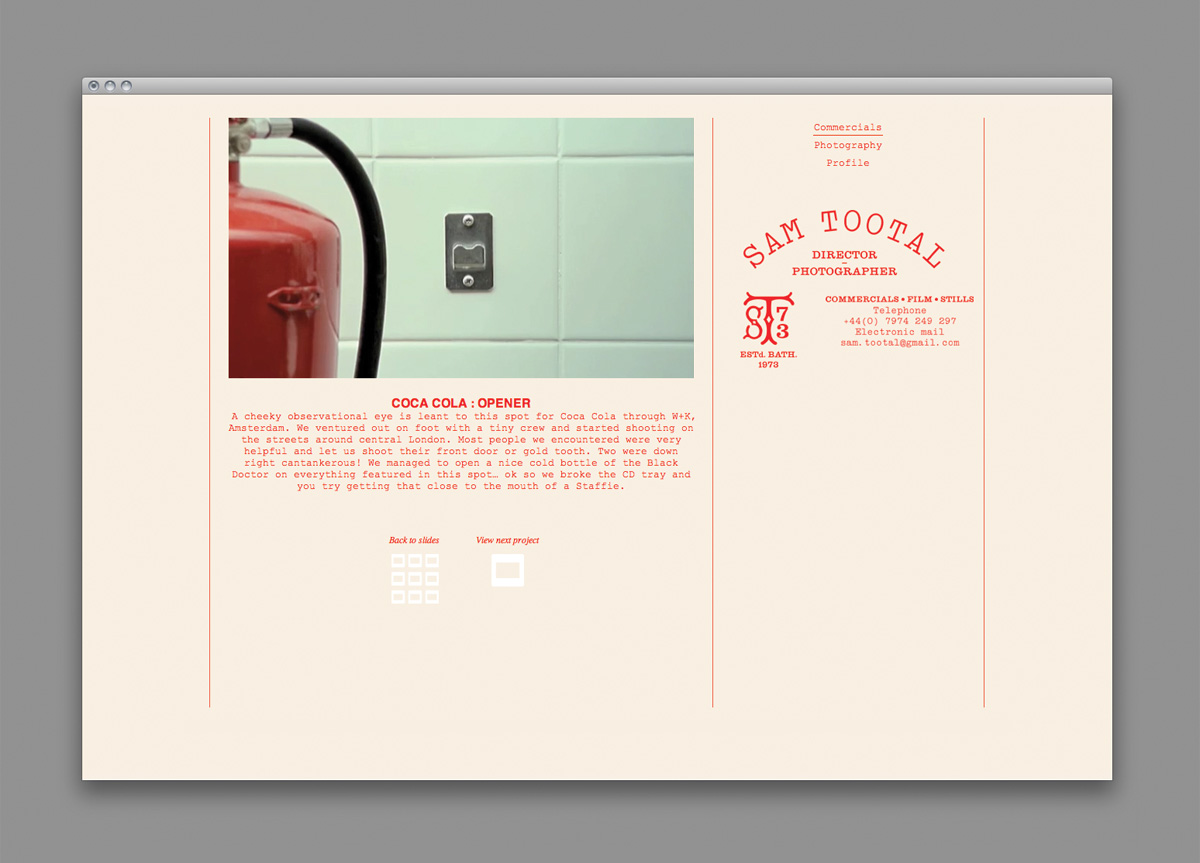 A commercials director and photographer based in London, UK. He has directed spots for BMW, Coca-Cola, BBC, and Sony. His work appeals to creative industry professionals around the world in advertising, design and broadcasting.

Sam wanted a personal identity and stationery design with a nod to tradition and with a little humor. He has a distinct visual style and unique character. His work is also very idiosyncratic, often taking an unusual view of the ordinary and everyday. His only creative direction was that he wanted a monogram designed. He also liked old-fashioned packaging. The challenge was getting the classic aesthetic just right without it looking too contrived and like a pastiche.

We wanted to create not just a standalone logo, but a typographic lockup that was used so consistently that it also became a logo in itself. We also wanted it to feel slightly awkward and odd — reminiscent of something you might find in a metal stamping foundry. We developed a decorative monogram that featured his initials, as well as the numerals 73 (the year he was born). The aim was for it to appear traditional, but not too refined and classy. A little clunky and utilitarian. We used a mix of Typewriter MT and a slab serif in an unusual centered layout. For the application, the graphics were foil stamped in gloss red onto cream stock.

The brief was to create an identity for me that was an unsentimental modern take on early twentieth-century monograms. I had every confidence Manual would bring their unique observations to the project. The process was thoroughly enjoyable and their open collaborative approach stood firm throughout, resulting in me (in the role of a client for a change) grinning from ear to ear when I opened an international parcel full of stunningly gorgeous print with my name all over it! — Sam Tootal