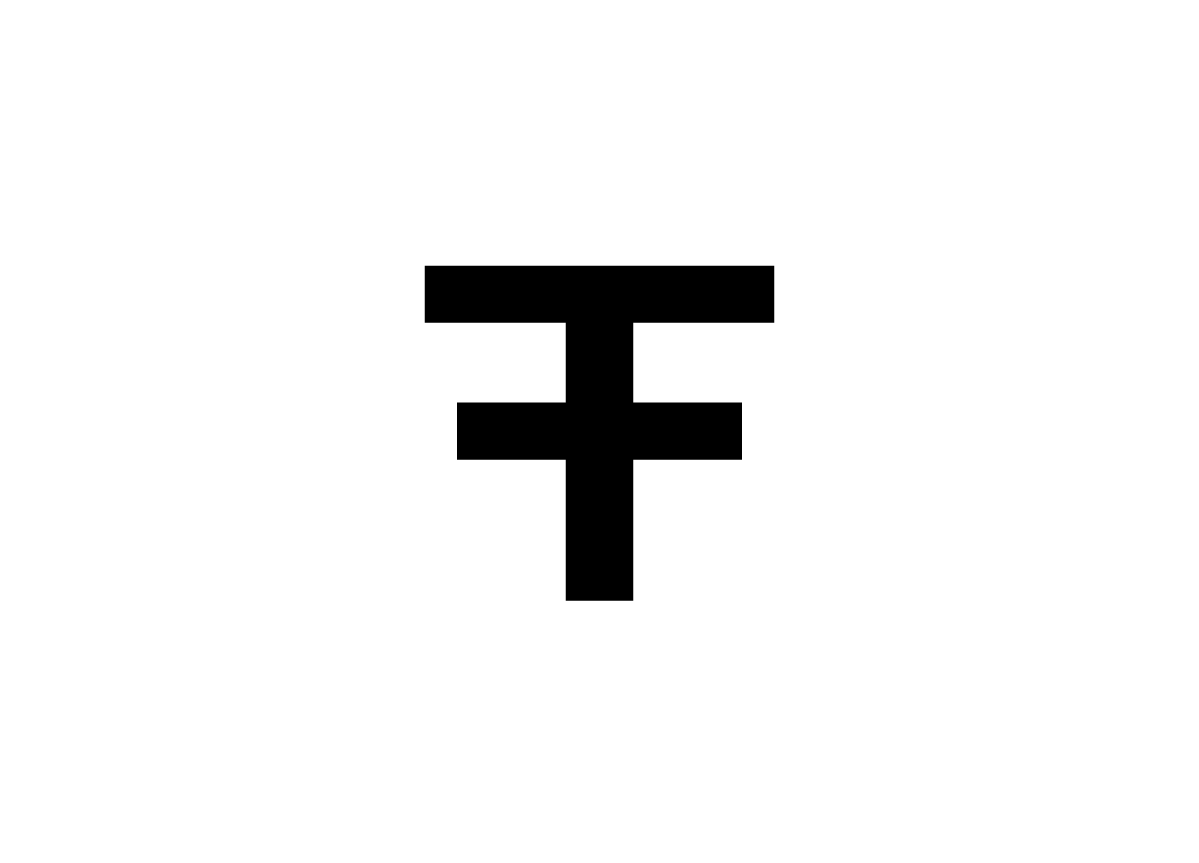 A small motion graphics firm that specializes in film and broadcasting. The company is located in Central New Jersey with clients primarily in California and New York.

A logo that could be applied to a website, printed materials, and promotional reels. Early discussions and proposals led to the eventual abbreviation of Far From the Tree. This decision helped to resolve the challenges associated with the length of the company name by allowing the logo to exist at a fraction of its previous size.

The logo was inspired by the sequence and repetition of the letters within Far From the Tree. The completed treelike logo is constructed entirely from two “F”s that mirror and overlap at the stem to create two “T”s (one upper and one lower case), for a total of four letters. The final mark can be easily scaled and used in a variety of contexts.

As a small studio in a creative field brimming with small studios, branding is extremely important. Ian was able to take an otherwise difficult company name and logotype and turn it into something instantly recognizable. The new mark translated easily and seamlessly into various applications including web, print and video. Whether applied in black and white or color, static or animated, the new Far From the Tree logo was the simple, yet unique identity that we needed. — Nicholas Christoff, owner of Far From the Tree