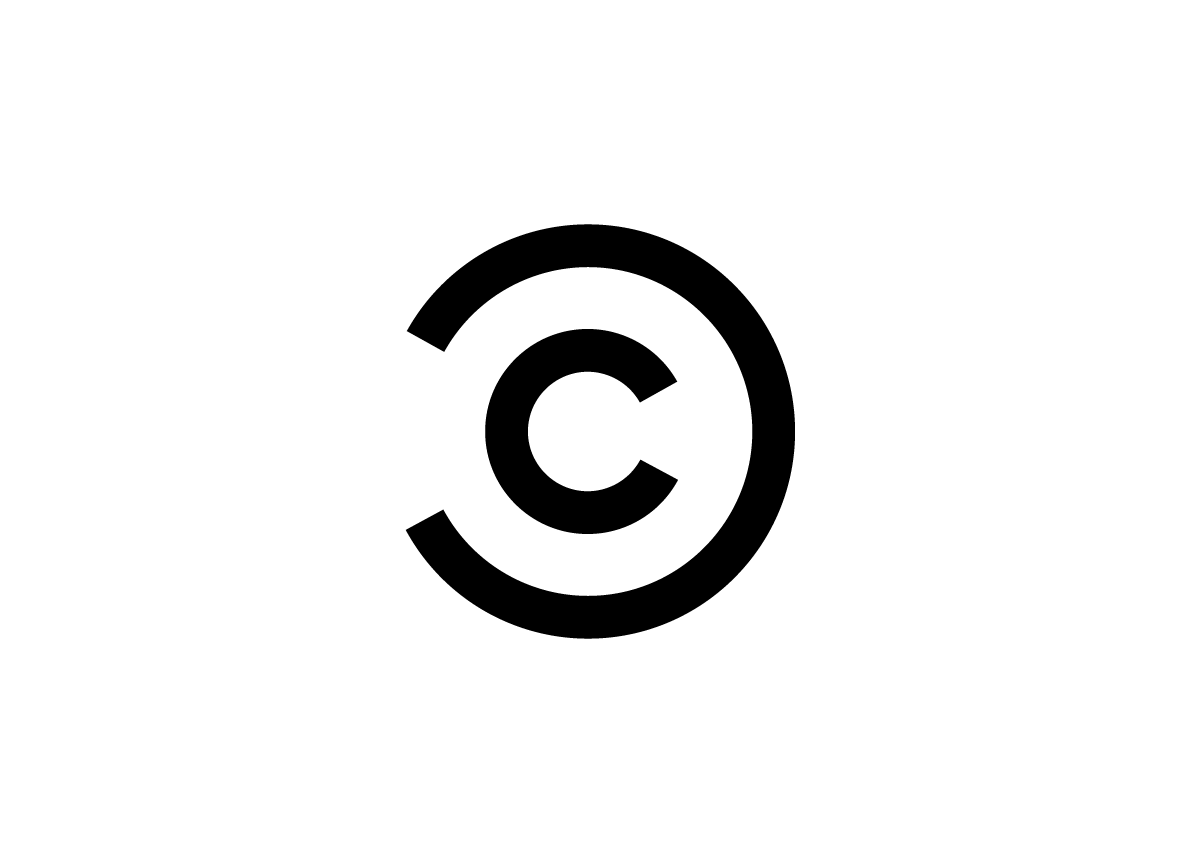 The only all-comedy network, currently seen in more than 98 million homes nationwide and airs award-winning programming, including The Daily Show with Jon Stewart, The Colbert Report, South Park and Tosh.0.

Comedy Central needed a branding solution that more firmly attached the network to their programming while reaching a younger audience. We began with the insights that (1) comedy is inherently social, and (2) the content needed to travel in a branded way across platforms. On a basic branding level, the challenges revolved around issues of scale and transportability that the logo and branding needed to address. Because a network is a brand that houses other brands — shows, content, personalities — we needed to create a system that celebrated the rich content (the programming) without abandoning the providers (the network).

Our logo solution was an autonomous, self-aware mark: the “Comedymark.” It’s a play on the copyright symbol, which fit perfectly as the ultimate satirical, irreverent wink to a corporate, “owned” world. It behaves as a bigger part of the network. It’s interactive. It “tags” content. It allows Comedy Central to sanction their funny content by tagging it and it frees them from trying to make their own logo compete to be funny. The mark creates immediate commentary and punctuation on anything and everything. It contextualizes and displaces. It gives Comedy Central ownership of its content everywhere and anywhere.

We had been on the fence about how to evolve our old logo for some time. It had great brand recognition, but it was a bit awkward, overly complex and felt dated. The introduction of the Comedymark shook us up. Originally intended as a branding tool to co-exist with our old globe logo, we immediately realized the power and branding potential of the new mark, and so we worked with thelab to develop it as a full logo system. The Comedymark and logo system has helped us reinvigorate our brand and our connection to our content. — Chris Scarlata, on-air design director of Comedy Central Brand Creative

Judge’s Comments
It’s so damn stupid it’s brilliant. This is a rare opportunity that was perfectly seized. — Jennifer Kinon

The inversion of the letters places the logo firmly in the realm of originality and comedy. — Claudine Félix-Janneau